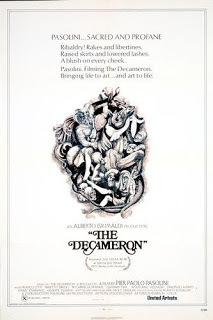 "If it's been done it's been said and if it's been said it's been done" is the old saw that's usually applied to human sexuality. But do you give credence to everything you're told? Boccaccio, Rabelais, Frank Harris, Charles Bukowski and Henry Miller all regaled their readers with tales of bravado, but the guy or girl confiding/bragging about their exploits in the locker room is no Pauline Reage, the pseudonymous author of the Story of O. Still sex seems to be a source of inspiration especially when it comes to the creation of tall tales. Do you believe the tour operator friend who tells you about the woman who picked up her blouse after booking her Disney "package"? Do you believe your lawyer acquaintance who describes how she walked into her colleague's office, shut the door behind her and asked him to relieve her afternoon itch? Do you believe there are squirters (women who ejaculate)? And do you believe the friend who met one who demonstrated her unique ability on on a deserted stretch of Caribbean beach? And of course there are the historical examples of the monk Rasputin, who had outsized appetites, of Catherine the Great who supposedly had sex with her horse, the Batista era's munificently endowed Superman and of George Bernard Shaw who reputedly never consummated with his wife at all? Then there are the elixirs. The Bill Cosby case has brought Quaaludes back into the news, but what about urban legends like the mysterious Spanish fly, which is supposed to make women hot but which some claim only works on men. Here is one on-line citation, "Why Spanish Fly Works Only on Men, and Is Deadly?" Lot of people tell tales. For instance politicians are great practitioners of hyperbole, but the willing suspension of disbelief tends to go with the territory when it comes to sex. We buy even the most far flung scenarios because we want to. If religion were like sex, everyone would be a believer.

{This was originally posted to The Screaming Pope, Francis Levy's biog of rants and reactions to contemporary politics, art and culture}