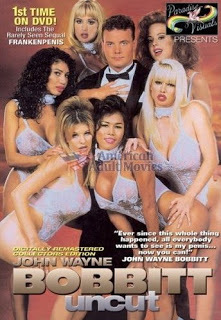 "Her bust was said to have been insured for $1.5 million."

Looking at the picture accompanying the article one can see why. Roberts quotes the famous San Francisco Chronicle columnist Herb Caen in characterizing Ms. Doda as

"the Susan B. Anthony of this particular liberating movement."

But she really could have been called the Susan DD. Anthony, since according to Roberts she injected

"her breasts with enough silicone to expand her bra size to 44DD from 34B."

All of this raises profound questions of medical ethics. Who was the insurance company and does the kind of insurance Ms. Doda bought fall within the parameters of the type of umbrella policy that many people purchase for cars and other valuable objects in their houses? And what about other porn stars like John Holmes who sported the male equivalent of big breasts, a huge cock? Was he insured by Mutual of Omaha or the Prudential and for how much? And then there was, of course, the famed Superman, who was one of the major tourist sites in Havana back in the Batista era? But what about others outside the porn industry? An article on ESPN ("Underwriting with the stars," ESPN, 10/8/09) states that while Dave Beckham insured his legs for $78 million, Takeru Kobayashi the competitive eater was unable to find an insurer who would provide coverage on his stomach. And if you can insure a breast, why not insure a brain? It would be interesting to find out if "the sage of Omaha," Warren Buffett, whose Berkshire Hathaway has profited mightily in the field of reinsurance, is covered for his cerebral cortex. Are we likely to stumble on a tabloid caption which reads, "Severed Head Rejoined?" But such questions are a little like hitting someone below the belt. Perhaps it's more fair to talk about covering organs that are a little closer to home. Take John Wayne Bobbitt whose wife Lorena famously cut off his penis. Once you wreck a car, your premiums go up and one wonders if someone like Bobbitt whose penis had already been severed once could even afford the premiums on a policy which would indemnify him against future losses of the same kind. The title of the film John Wayne Bobbitt Uncut preempts many of these queries.