Posh, Baby, Scary, Sporty and Ginger. There is only one group of girls that come to mind when you hear those names: The Spice Girls. (Were you expecting The Beatles?)

In a recent interview with Cosmopolitan magazine, Melanie Brown, also known as Scary Spice, talked about how the girls' names were chosen.

It was actually a teeny bopper magazine called Top of the Pops who gave us our names. We were already established as the Spice Girls, but they wrote a story about us and within it they called us each something different. The names stuck, so we went with it!

In an previous interview, Tops Of Pops editor Peter Loraine said he talked about giving the girls nicknames over lunch in 1996.

“I simply said it would be a good idea if they had some nicknames. The girls liked the idea, so I had an editorial meeting back at the office and about four of us started thinking of names. Posh was the first one to be thought up because Victoria looks pretty sophisticated. The rest were pretty easy really because the girls’ characters were already really strong. The names jumped out at us. We laughed the most when we came up with Scary. Jennifer Cawthron, who was also from Leeds, came up with that one because Mel B was so loud and had tried to take over our whole photo shoot. We ran the names for a couple of issues and the first time the girls saw them they thought it was funny. Then the newspapers started picking up on the names and they cropped up everywhere until they were fully accepted by everyone.”

So there it is, further proof that some great ideas come at unexpected times. Now if only we could find out who started zig-a-zig-ah ... 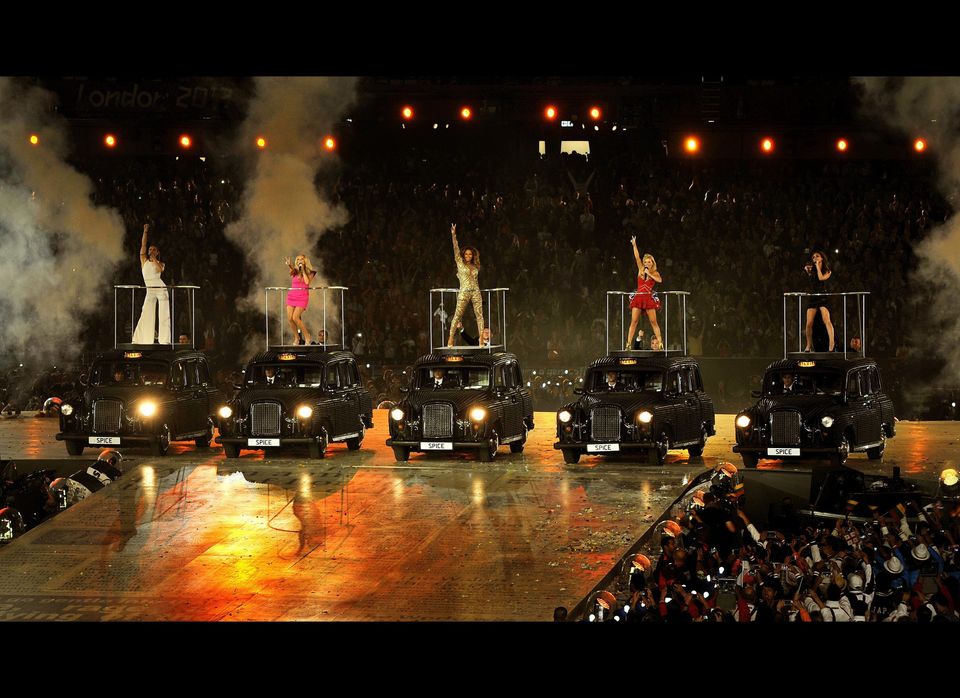 1 / 17
A general view of the Spice Girls performing in the Athletics stadium during the closing ceremony of the 2012 London Olympic Games at the Olympic Stadium in east London, on August 12, 2012.
Getty