Some people just can't resist the urge to spice up their lives. And by spice, we're referring to the peppers, sauces and seasonings that numb your mouth and leave you wiping the sweat off your forehead.

And to these people we say: You are warriors. While you may wince in what looks like pain while scarfing down that insanely hot curry, the truth is you're ingesting a slew of super healthy ingredients that could make you closer to invincible... or at least help protect you from some serious health issues. So, if you feel like you are utterly and shamelessly obsessed with food that packs heat, don't sweat it (ha). Here are 12 ways you can do your body good by turning up the heat.

1. Want to protect your eyes? Eat plenty of chipotle peppers. 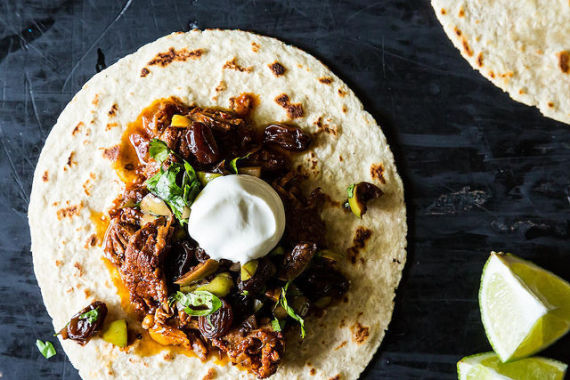 The great chipotle pepper (a smoked jalapeño) contains phytonutrients called lutein and zeaxanthin. Both of these are deposited in your retinas, and according to the American Optometric Association, getting a healthy dose of these nutrients could help reduce the risk of developing age-related macular degeneration and cataracts.

2. Trying to stay on that diet? Throw some Tabasco on your food. 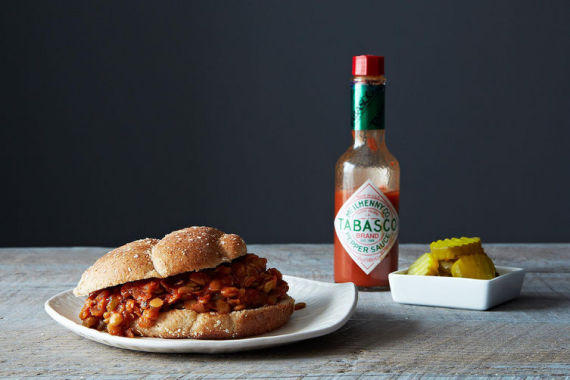 You're likely to eat less if you sprinkle some dashes of Tabasco or other hot chili pepper sauce on your dish. The red chili peppers in the popular hot sauce contain compounds called capsinoids that will help your body activate more "brown fat" (a healthy fat that, when initiated, burns calories). Research is still unclear on how exactly these compounds activate the fat, but it's suggested that they trigger a reaction in your gut that tells your nervous system to produce more fat of the brown variety.

3. Wanna punch cancer in the face? Keep on ordering those spicy curries. 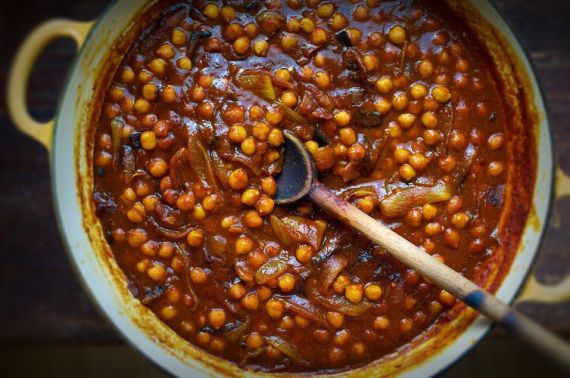 Spicy Chickpea and Sour Tomato Curry with Noodles by Food52

Most spicy curries contain tumeric, which contains a substance called curcumin. Curcumin could possibly to inhibit the growth of skin cancer and slow the spread of breast cancer. This is obviously not a magical cure, but it's at least a tasty dietary way to try to ward off cancer.

4. Feeling gloomy and sad? Douse that dish with crazy amounts of Sriracha!

This beloved sauce is made out of chili peppers, and these little guys contain a chemical called capsaicin, which is responsible for making peppers spicy. In fact, capsaicin is responsible for a lot of the healthy benefits associated with different hot peppers.

When you eat enough capsaicin, your body starts producing endorphins to block the pain of the heat. A man named Ted Barrus has made it his hobby to sample the world's spiciest peppers. He told "Good Morning America" that he likes to eat the peppers because of the endorphin rush they produce. "My body starts tingling all over, my hands and arms start to go numb, and I sometimes get lightheaded and euphoric. It feels good," he said.

Of course, the effects of this capsaicin will vary depending on the person and how much hot food they're eating. And take it from us, more spicy food does not always equal a better time.

5. Or perhaps you're suffering through a cold. Hot sauce can help clear up that stuffy nose.

The kick in Tabasco has been used by many people to clear up their sinuses during bad colds. Former HuffPost Taste editor Rebecca Orchant, created a genius "Tabasco Toddy" for sick days. The soothing (and spicy!) drink calls for honey, boiled water, lemon and, of course, and a few drops of Tabasco -- or more if you want it hotter.

6. If your muscles are sore from a hard workout, consider sprinkling crushed red pepper on your next meal.

Capsaicin to the rescue again! Hot peppers have lots of this wonder compound, which can help reduce pain and inflammation. Jim Carpenter, a certified strength and conditioning specialist, suggests putting a bit (or a lot) of crushed red pepper flakes on pasta or meat for a simple way to help alleviate "minor pain from sprains and strains." Not working? Keep putting on more, until your mind is distracted from muscle pain and refocused on the intense burning in your mouth.

7. Sick of relying entirely on oranges for your vitamin C? Start getting it from jalapeños. 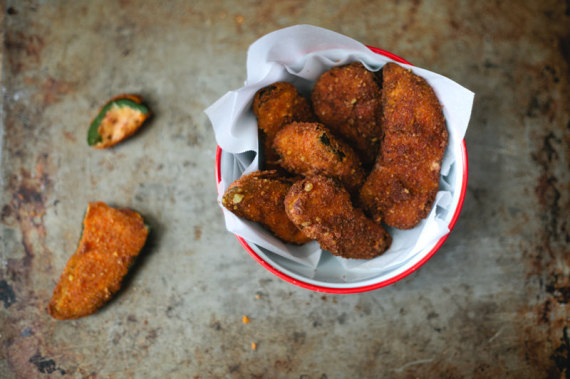 One ounce of sliced jalapeño peppers contains about 40 milligrams of vitamin C, which is 66 percent of your daily requirement.

8. Feeling bloated? Grind some black pepper on your dinner. 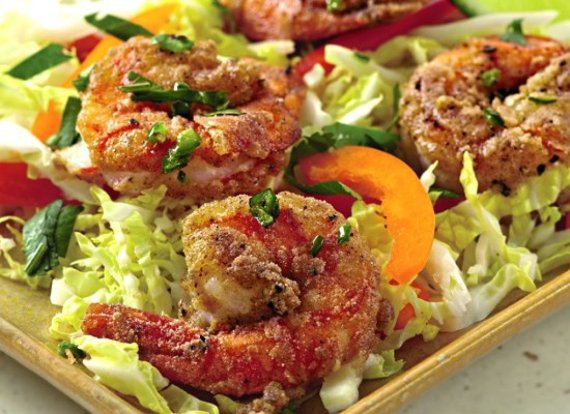 Your pepper grinder could help get rid of that pesky water-filled feeling (especially if you are a female and it's that time of the month). The spice acts as a diuretic by helping the body sweat and get rid of toxins.

9. Looking to avoid heart attacks and strokes? Fire up that takeout order of spicy Thai food. 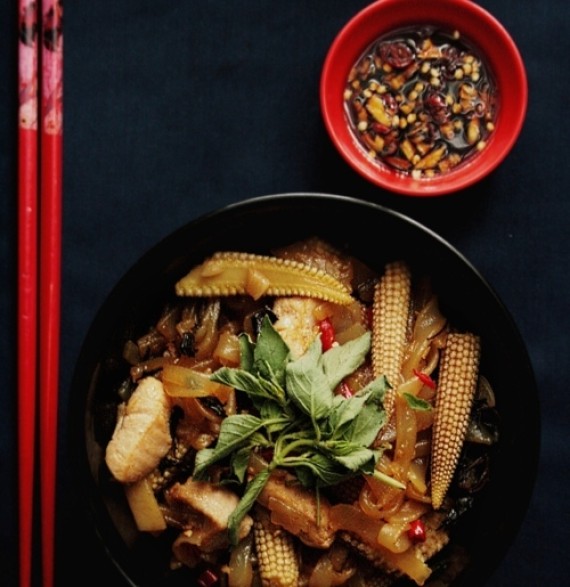 Pad Kee Mao by Notions and Notations of a Novice Cook

Most of those mouth-numbing Thai dishes you love are made with chili peppers, and these peppers have been shown to improve heart health. The capsaicin can lower bad cholesterol levels and help prevent a gene that causes contracting arteries from taking action.

10. Allergies getting you down? Try knocking them out with Frank's Red Hot Sauce. 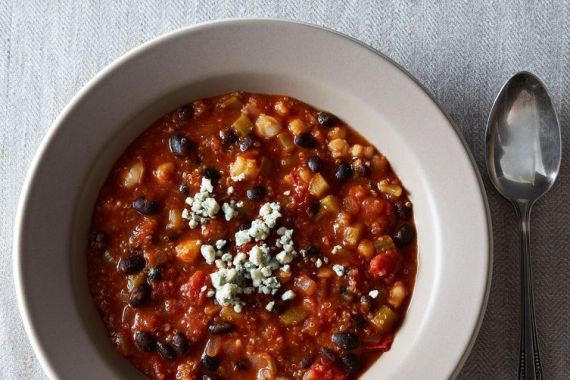 Frank's Red Hot Sauce is made with a blend of cayenne peppers, and all the capsaicin in that bottle will help reduce stuffiness associated with common allergies. Clifford W. Bassett, M.D., Medical Director of Allergy and Asthma Care of New York, told The Huffington Post that he uses cayenne pepper in conjunction with green tea as natural remedies to relieve allergies.

11. Suffering from arthritis? Tame the pain with habanero peppers. 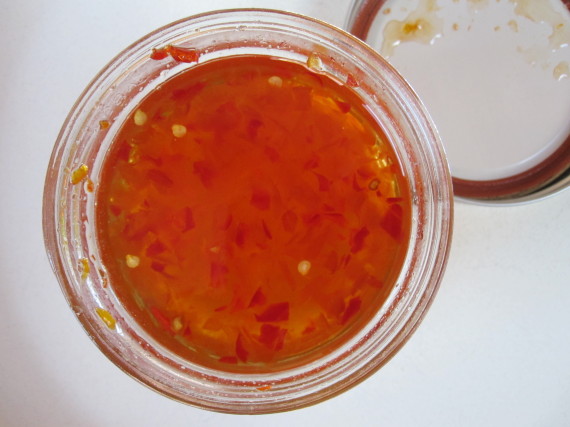 Nutritionist Joy Bauer offered up some delicious advice to "The Today Show" on ways to relieve arthritis pain, claiming that chilis are just one way to help with creaky joints. The spicier the pepper, the better at relieving arthritis. Habanero peppers are one of the hottest varieties out there, meaning they contain plenty of capsaicin in their seeds, which inhibit substance P, a neuropeptide that causes inflammation.

12. If you want to improve your digestion, keep eating kimchi. 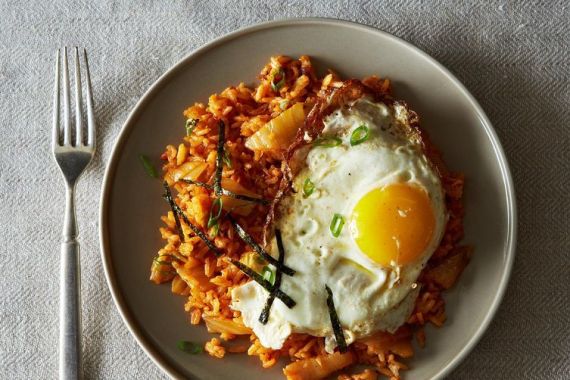 The spicy Korean condiment made of fermented cabbage and chili peppers not only perks up a dish; it also provides the body with a good amount of lactobacilli, a "healthy bacteria" that aids smooth digestion. Added bonus for females: This particular bacteria also works to halt and prevent yeast infections.

CORRECTION: A previous version of this post named Todd Barrus as the man quoted on "Good Morning America"; it is in fact Ted Barrus.

27 Ways To Cook With Sriracha
More:
Taste
Newsletter Sign Up
An essential daily guide to achieving the good life
Subscribe to our lifestyle email.
Successfully Subscribed!
Realness delivered to your inbox