LOS ANGELES, Dec 16 (Variety.com) - “Spider-Man: Into the Spider-Verse” is the new box office king, collecting a solid $35.4 million during its first three days of release.

That’s hardly the biggest opening for an animated film this year, but it does rank as the best start for a cartoon in the month of December. Illumination’s “Sing” previously held that title, debuting with $35 million in 2016.

Another weekend release, Warner Bros.′ “The Mule,” snagged the No. 2 spot with $17 million. Clint Eastwood directed and stars in the R-rated crime drama about a nonagenarian who gets caught smuggling drugs for the cartel. “The Mule,” Eastwood’s first acting gig since 2012′s “Trouble With the Curve,” brought out a much older crowd. Moviegoers over the age of 35 accounted for 78 percent of audiences. In addition to Eastwood, “The Mule” cast includes Bradley Cooper, Laurence Fishburne, Michael Pena, and Dianne Wiest.

Not all newcomers were able to stick the landing.

Universal’s “Mortal Engines” launched in fifth place with a disastrous $7.5 million when it debuted in 3,103 venues. That could be catastrophic for the sci-fi saga that cost over $100 million to make. The post-apocalyptic steampunk adventure has fared slightly better overseas, picking up $34.8 million from 54 international territories, but “Mortal Engines” looks like it could still lose a sizable chunk of change. Peter Jackson produced the CGI spectacle, adapted from Philip Reeve’s YA novel. The middling reviews haven’t helped build momentum, and it carries a paltry 28 percent on Rotten Tomatoes. It’ll be an uphill battle for “Mortal Engines” to break through a crowded holiday frame and attract the kind of audience it needs to justify its expensive price tag.

“Spider-Verse,” based on Sony’s catalog of Marvel heroes, is resonating with a slightly older audience than most animated adventures. It also has plenty of time to make up ground during a holiday frame, though Warner Bros.′ “Aquaman” might cannibalize a bit of the superhero crowd.

Philip Lord and Christopher Miller produced “Spider-Verse,” which cost $90 million and takes place in a universe where more than one Spider-Man exists. Miles Morales (voiced by Shameik Moore), a Brooklynite with a Puerto Rican mom and an African American dad, puts on the Lycra-tights for this rendition. Mahershala Ali, Hailee Steinfeld, Jake Johnson, Brian Tyree Henry, Lily Tomlin, and John Mulaney round out the voice cast.

“Spider-Verse” has already racked up plaudits, including a Golden Globe nod for best animated feature, and boasts an impressive 97 percent on Rotten Tomatoes. Weeks before “Spider-Verse” opens in theaters, Sony announced the development of a sequel and spinoffs set in the shared multiverse.

Elsewhere, Fox’s “Once Upon a Deadpool,” a PG-13 re-release of “Deadpool 2″ picked up $2.6 million on 1,566 screens. That sum will get added to the initial run of Ryan Reynolds’ R-rated superhero comedy, which now sits at $322 million in North America and $736 million globally. The original version wasn’t released in China, but the new clean(er) cut means the Middle Kingdom could finally give the raunchy mercenary a chance.

A pair of animated flicks secured third and fourth place. Universal’s “The Grinch” continues to bring back solid returns, pocketing another $11.5 million this weekend for a domestic total of $239 million. “Ralph Breaks the Internet” earned $9.3 million in its fourth weekend of release, bringing its North American tally to $154 million.

At the specialty box office, Barry Jenkins’ “If Beale Street Could Talk” debuted in four theaters and generated $219,173. That comes out to $54,793 per location, easily marking the best screen average of the weekend. Based on James Baldwin’s novel, the awards hopeful has already received a number of superlatives since its Toronto debut, especially for the performances of Regina King and Brian Tyree Henry.

Meanwhile, Sony Pictures Classics’ “Capernaum” made $27,588 from three screens, averaging $9.196 per location. Nadine Labaki directed the drama that won the Jury Prize at Cannes and has been selected as Lebanon’s entry for foreign language film at the Oscars. It follows a young boy who sues his impoverished and indifferent parents for giving birth to him.

Lars von Trier’s latest undertaking didn’t fare quite as well. IFC’s “The House That Jack Built” faltered with $40,000 from 33 theaters, for a disappointing screen average of $1,225. It doesn’t seem like audiences were much more receptive to the gory psychological horror film that prompted more than 100 people to walk out of its Cannes premiere.

'Spider-Man: Into the Spider-Verse' Swings To The Top Of The Box Office
Best Movies of 2018 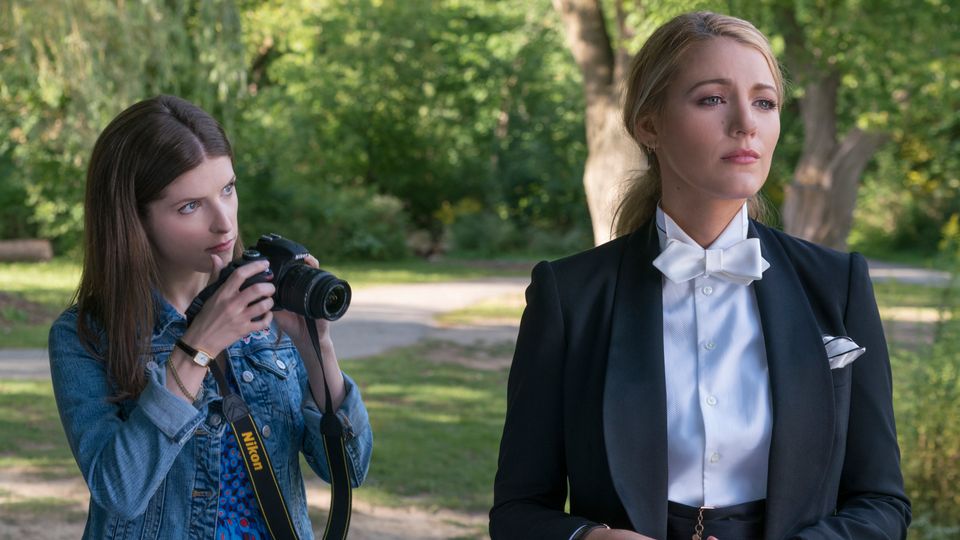 1 / 20
"A Simple Favor"
Paul Feig turned "Gone Girl" into martini camp, casting Blake Lively (in Uma Thurman vixen mode, and <a href="https://www.huffpost.com/entry/good-stuff-willie-nelson-simple-favor-confederate-flag_n_5b9c238ce4b046313fbb1a31" target="_blank">never better</a>) as a bespoke blue blood and Anna Kendrick as the obsequious mommy vlogger who gets wrapped up in her disappearance. Even when the plot <a href="https://www.huffpost.com/entry/a-simple-favor-crazy-details_n_5b9ae1d8e4b0bb79d5cdcd4c" target="_blank">careens off the rails</a>, "A Simple Favor" is a pastry worthy of Hollywood's trash pantheon. As an added bonus, it was the second film this year (after "Crazy Rich Asians") to treat us to Henry Golding's charming abs ... er, I mean, talents.
Lionsgate