Is that a banana in your pocket, or have you just been bitten by a Brazilian wandering spider?

A British couple was horrified on Tuesday after they found a bunch of bananas they purchased from a Tesco store was infested with spiders they believe to be Brazilian wandering spiders, the Bristol Post reports. The bite of that spider can cause a host of unpleasant symptoms, including hours-long painful erections and death.

"I recognized [the spiders] because I remembered seeing a news story about them, so when I saw the cocoon it rang a bell and I thought I should check it, so I Googled it,” Maria Layton, of Bristol, said, according to the Telegraph. There isn’t any indication her identification was confirmed by an expert.

Layton, a 43-year-old mother of two, posted this photo to the Tesco Facebook page, asking them for help: 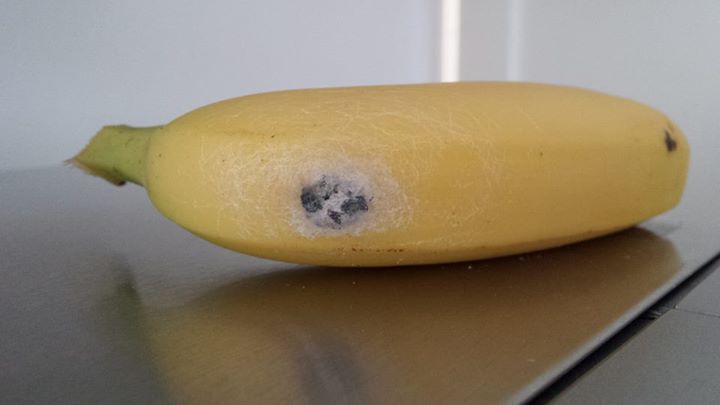 She told the Telegraph she became even more concerned after the cocoon began to “unfurl,” and she shoved the bananas into a sealed box, which she put in the freezer to kill any spiders.

In response to her Facebook message, a Tesco representative instructed Layton to provide the company with more information about the product, including the barcode and the date and location where she purchased the fruit, but Layton appeared to want someone from the company to come to her house to deal with her new spider problem.

“I’m more concerned about this being in my house and the wrapper being in the bin,” she replied.

Tesco did provide Layton with help handling the pest situation, though in a subsequent message a representative did request Layton’s contact information so the company could provide a “gesture of goodwill.”

According to the Telegraph, Layton said neither the Food Standards agency nor the Trading Standards agency provided her any help dealing with the alleged spiders. It’s unclear if she ever did get anyone to investigate the situation at her home, or ended up having to trust that her freezer took care of the pests.

Huffington Post’s request for comment was not immediately returned by Maria Layton.

UPDATE 3-13-2015: Gawker pointed out Friday that after a similar spider scare in 2014, retired University of California research associate of entomology Richard Vetter told LiveScience it's exceedingly difficult to identify a spider based on its egg sack alone, and folks often assume the worst when they see an egg sack on their bananas. There is still no indication that the egg sack on Layton's bunch of bananas has been identified by an expert.