When Tracey Maris and her family decided to spend Easter Sunday at the Gordon Spratt Reserve in Papamoa, on New Zealand’s east coast, they couldn’t anticipate what awaited them on their arrival.

They noticed something gleaming and fluttering on the grass ― and it wasn’t flowers. It was row after row of a ribbon of cobwebs apparently spun by thousands of tiny spiders, according to SunLive.

“The web started at the top of the mound which is up above the soccer fields,” Maris told SunLive. “It went almost right down to Papamoa College. I read an article about the same kind of thing a few years back where a whole heap of spiders created the same effect to escape flooding.”

The New Zealand Herald reported how the giant cobweb appeared like a giant spider’s nest to Maris.

“We thought surely there are no spiders inside that,” Maris told the newspaper. “We walked further up and our feet started getting stuck in the cobwebs, and then we noticed little black things on top.

“So, as you do, we screamed really loudly. Oh my god, they were everywhere ― literally thousands of them.”

When the spiders started crawling up her son’s legs, Maris said she turned on her phone to videotape the arachnid close encounter, as seen in the following video.

“It was just fascinating ― I’ve never seen anything like it in my life,” Maris said.

“What a lot of people don’t realize is a pasture is full of spiders munching away on things, and what they tend to do is move around by releasing a drag line of silk to help them in case they fall,” Vink said.

“The other way to get around, especially with smaller spiders, is they will point their bums in the air and release a line of silk ― it’s called ballooning,” Vink added. “The wind picks them up, releases them along the way and they land and that piece of silk lands with them. It’s like spider parachutes.”

New Zealand isn’t the only place on Earth where the multi-legged creatures build incredible webs, as seen in the video below.

It’s amazing what a lot of itsy bitsy spiders can do when they put their collective mind to it. 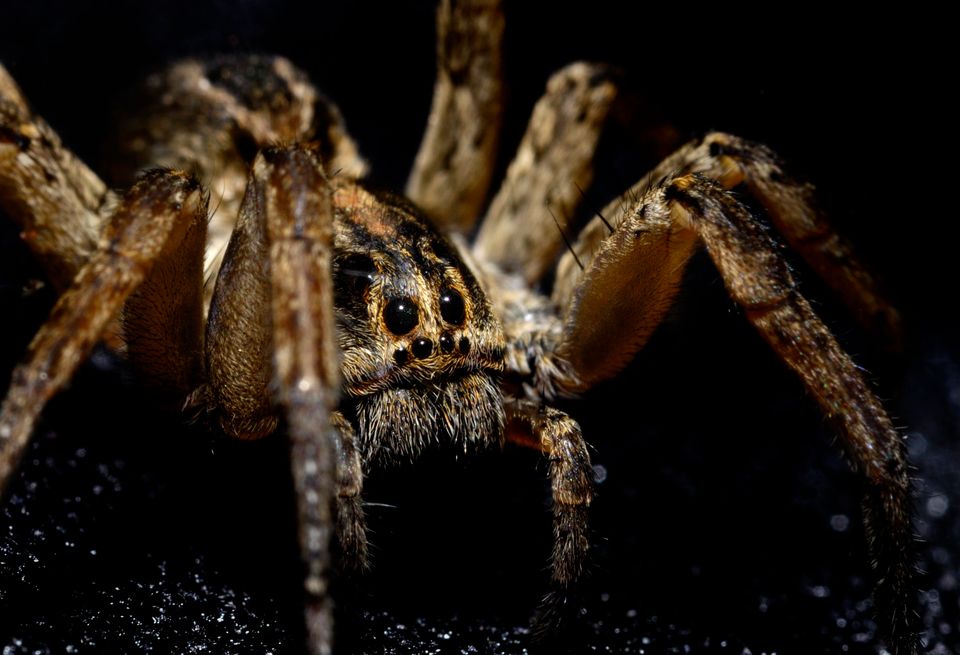