It's rough out there for a lady superhero.

None of them are getting a solo film until 2017. There's an extreme lack of Gamora in the merchandise for "Guardians of the Galaxy." And somehow they always end up sexy posing with their butts out, while their male counterparts get to kick ass.

On Monday, Marvel released a variant cover for comic book Spider-Woman #1 set to be published in November, drawn by artist Milo Manara, known for his more risque depictions of comic book characters. It looks like this: 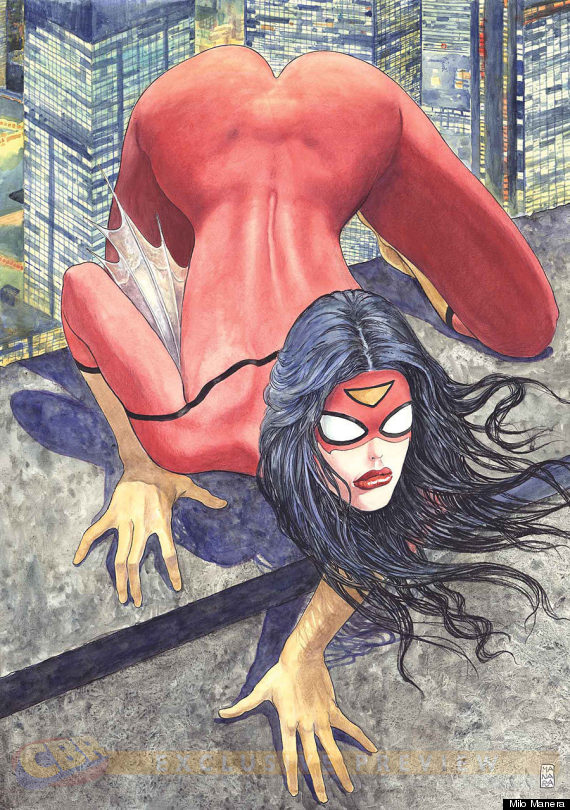 No, that is not a line drawing of an apple perched atop a red-skinned thin woman's body. That is apprently supposed to be Jessica Drew's (a.k.a. Spider-Woman's) ass. Unsurprisingly, the cover elicited a collective groan amongst Internet commentators.

"She looks like she's wearing body-paint, and that's a big no-no for an industry still trying to remember that women exist and may perhaps read comics and also don't want to feel completely gross when they do so," wrote i09's Rob Bricken. "As for the position she's in... christ."

Marvel did not respond to HuffPost's request for comment, but Tom Brevoort, the senior vice president of publishing for Marvel Comics, reponded to a question about the controversial cover on Tumblr.

"I think that the people who are upset about that cover have a point, at least in how the image relates to them," wrote Brevoort. "By that same token, Milo Manara has been working as a cartoonist since 1969, and what he does hasn’t materially changed in all that time ... It’s also, for a Manara piece, one of the less sexualized ones, at least to my eye. Maybe others feel differently. But given that the character is covered head-to-toe, and is crouched in a spider-like pose, it seems far less exploitative to me than other Manara pieces we’ve run in previous months and years."

He also wrote that "a conversation about how women are depicted in comics is relevant." We agree! In that vein -- and for some perspective -- we decided to imagine both Spider-Man and Spider-Woman in Manara's cover's pose. Then, we set the characters up in Spider-Man's traditional squat right before he leaps up onto buildings. Here are the results:

Spider-Man and Spider-Woman in the pose from Manara's cover... 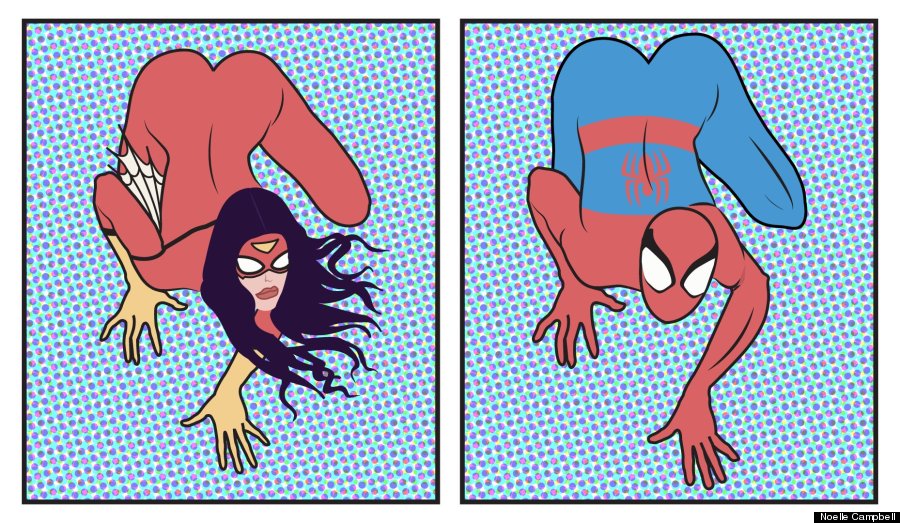 Spider-Man and Spider-Woman in the crouching pose we're used to seeing Spidey in... 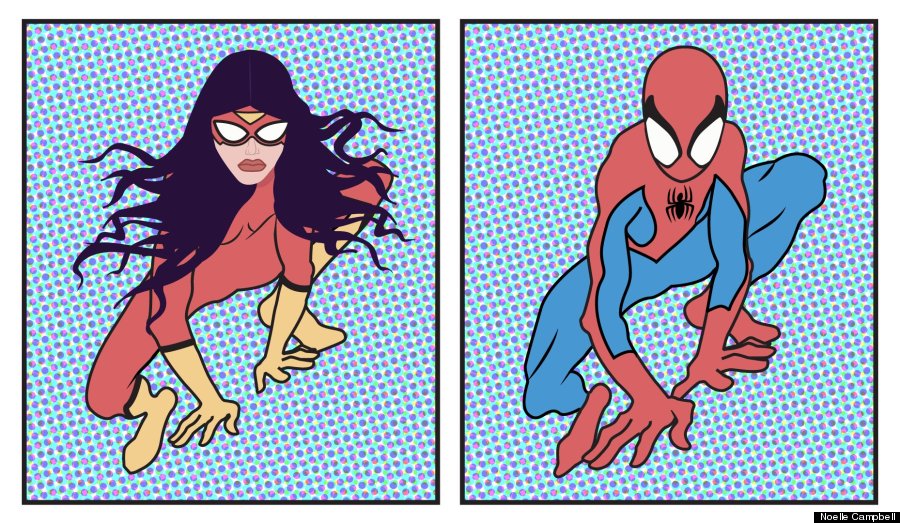 Lady superheroes should be able to save the world (or at least their cities) as well as the boys can. Who says they need to do it ass first?

All illustrations were done by Noelle Campbell for The Huffington Post.