On August 29th, what would have been Jackson's 51st birthday, Lee and "the great borough of Brooklyn" will take over Fort Greene park with, according to The Root, "DJ Spinna... spinning all things Jackson, from the Jackson 5 to the Jacksons to Michael Jackson." 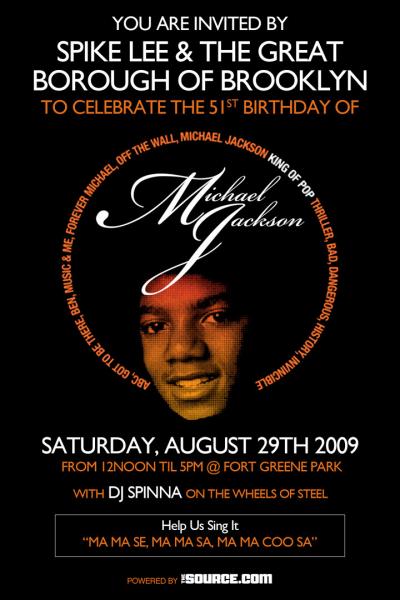