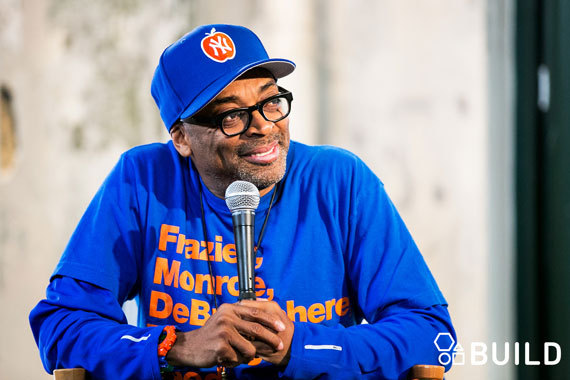 Spike, who's been nominated for several Academy Awards and won an Emmy, has made more than 30 films with a new one coming soon that's funded entirely by Kickstarter donations. During the hour-long session, Audrey, Senior Product Marketing Manager for Moviefone, asked Spike to talk about the two films -- both themed around mothers: "A Promise to Rose," about football player Teddy Bridgewater and his mother, and Eminem's "Headlights," which debuted two days ago on Mother's Day and represents Spike's first music video since Michael Jackson's "This Is It" five years ago. (Read more on HuffPost about "Headlights").

Audrey also asked Spike to talk about the upcoming 25th anniversary of "Do the Right Thing" and his film "When the Levees Broke," but he also spoke about several of his other films and upcoming Showtime series.

After the AOL BUILD session, Spike posed for a photo with AOLers before heading to the HuffPost Live studio to sit down with host Marc Lamont Hill. 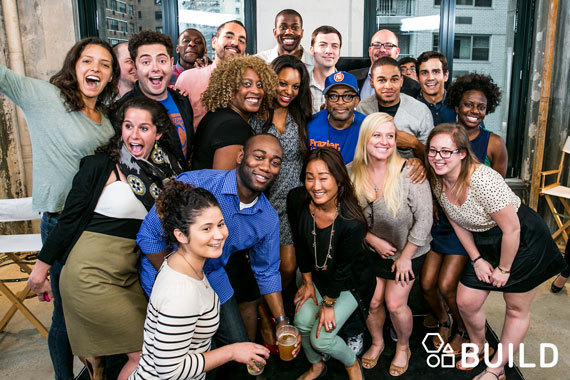