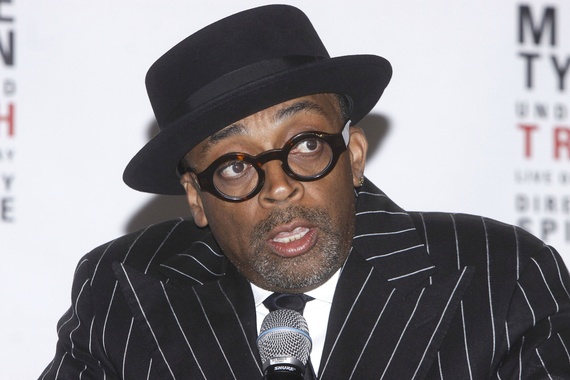 From Friday, May 15 until Monday morning May 18, one man was killed and 49 people were wounded in Chicago, including an 81-year-old grandmother shot four times in a drive-by.

Spike Lee is working on a movie reflecting this violence. With the obviously unflattering working title "CHIRAQ," Spike's movie has stirred Chicago, making the politicians nervous.

Mayor Rahm Emanuel does not like the name and wants Spike to change it. Ald. Will Burns has proposed an ordinance suggesting that Spike not receive a $3 million tax benefit for shooting the film in Chicago.

Shelton Jackson "Spike" Lee has produced over 35 films since 1983, has twice been nominated for Academy Awards, and won a Peabody Award.

Lee is not the typical Hollywood producer. He discusses racial issues provocatively and forces you to think. He and Woody Allen are akin in their cultural philosophical views, as they go deep in presenting authentic lifestyles on the screen. Spike examines race relations, race issues, and racial controversy.

He has a Black sensibility and a Black intellect. This is what makes Spike most interesting, and perhaps, what makes the politicos nervous. He is not a Negro that you can control; he is not a minion. 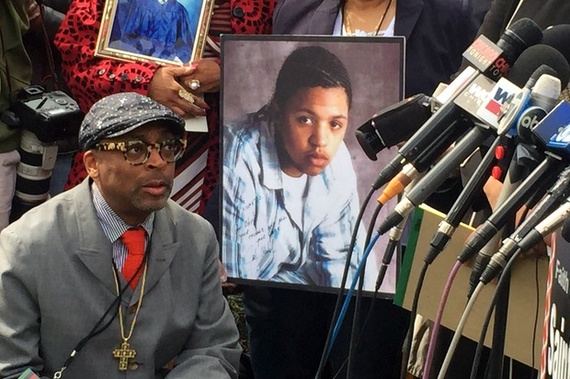 Black people being murdered and wounded in Chicago is out of control and has been for years. The statistic that opened this article is, unfortunately, too representative of what occurs in this city on a regular basis and which the media tabulates and reports like a baseball scorecard.

The overwhelming majority of this violence and mayhem involves Black-on-Black crime, and the fear ramps up in our war zone communities when the weather gets warm like it's starting to be now. At least 82 people were shot in Chicago over the Fourth of July holiday weekend last year.

Younger Black people are shooting and killing each other and Black people of all ages are being caught in the crossfire. Drive-by shootings, even on the expressways now, are becoming rampant.

At a Spike Lee press conference on May 14 at Saint Sabina Catholic Church in Chicago, the day before the weekend's violence began, Father Michael Pfleger presented the mothers of some of the children who have been victims of Chicago violence.

Another mother spoke of her son, who was twice deployed twice to Iraq and did not die. But the very week he came home from the war over there, he was gunned down in Chicago just going to the grocery store. These are real stories and the carnage leaves little wonder as to why Chicago has come to considered "ChIraq."

Change The Neighborhood Dynamics
Chicago's violence is international news, and why, is the natural question. Why are (mostly young) Black people in Chicago killing each other? These are not police shootings. The Mayor is not doing the shooting. Why is this happening in certain communities, certain zip codes? What is in the culture that is making this violence so rampant?

Spike Lee's CHIRAQ is said to be a musical comedy examining gun violence in Chicago as a modern-day re-imagining of the ancient Greek comedy Lysistrata. Lysistrata, in the original Aristophanes story, was a woman who organized the women of Greece to refuse sex with their husbands until the men agreed to end a war they were fighting. Lee's version is said to center on a woman on a similar mission to curb gang violence in Englewood using similar tactics.

Spike is making a movie on a very uncomfortable topic. The name "CHIRAQ" is not Spike's creation. It is what the kids in the neighborhood call Chicago. The name reflects how people living in Englewood and the other war zones label their parts of the city. This is sad commentary.

Spike will use his artistic talent to explore. He will dramatize the issue, raising the hard questions. He will do what he does best. Lee will hire people in Chicago. He is already holding casting calls in Black neighborhoods and with Black theater companies. He will put local artists to work. He will put many Chicago people to work in our neighborhoods. The film will be filmed in Englewood and it will spark the Black economy there.

Which brings up a point to all the politicos cringing over the movie's title: if you were to bring the same kinds of economic development to the war zone neighborhoods that Spike Lee is bringing, there would be no CHIRAQ in the first place. How about changing the culture and the economics of the city, Mr. Politician, then the name wouldn't be a factor; it might never have been bestowed in the first place.

We should let Spike make his move and judge it in the theater. Chicago politicians have a lot of work to do and should start by staying in their political lanes. Who took the pension money? Improve the schools. Pay the teachers, policemen and firemen. How did the City Council make such a dumb expensive deal with the parking meters?

We don't elect mayors and aldermen to name movies. Do what you were elected to do. The image of Chicago is everyone's concern. But we can't lie about a real problem, even when it's a movie. Spike Lee's CHIRAQ may bring light to a serious problem and force us as Chicagoans to look in the mirror. That's what artists do.

I am the publisher of Ndigo.com