Astronauts looking down on Earth from the International Space Station in June were left scratching their heads when they spotted a “strange pattern of spikes" crossing Siberia's Kulunda Steppe.

The astronauts were so puzzled that they called down to Houston to ask for an explanation, according to NASA. But only recently have scientists at the agency's Johnson Space Center been able to explain what the astronauts were looking at when they saw the dark green spikes stretching over the rural landscape. 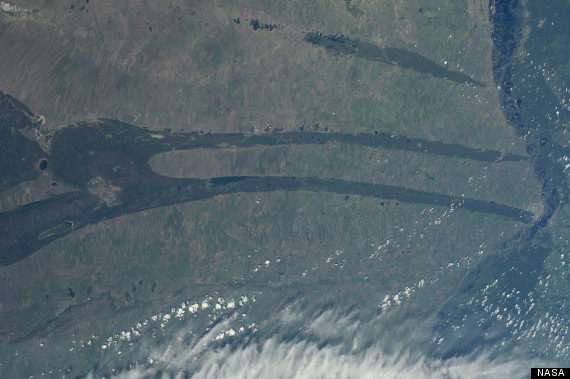 The spikes may be a side effect of the region's geology, LiveScience reported. Specifically, the darker areas in the image may be forested valleys created by folded surface rocks that lie lower than the surrounding (and lighter-toned) agricultural land. 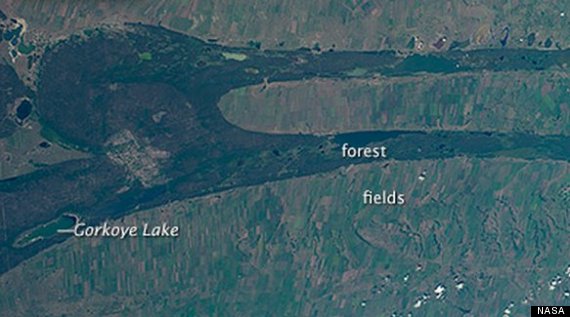 The image was captured on June 30, 2014, by the Expedition 40 crew on the International Space Station.

Look here for more images of the Earth taken by astronauts..