This month marks the 30th anniversary of "This Is Spinal Tap," that daffy, plotless, but completely lovable movie about a fake metal band that, lo and behold, could really play.

This is a movie that will forever define "cult hit": It tanked with test audiences, but upon its 1984 release, it received rave reviews from critics and became mandatory viewing for musicians.

Its long-reaching influence cannot be overstated: In 2002, the film was deemed "culturally, historically, or aesthetically significant" by the Library of Congress. Moreover, Spinal Tap virtually invented the deadpan, "mockumentary"-style entertainment we all know and love today (see: "The Office," "Curb Your Enthusiasm," "Waiting For Guffman"). Even more impressively, the band ("band"?) still tours.

With our partners at YEAH! -- the streaming movie experience that provides the real stories behind your favorite movies -- we've compiled a list of everything you didn't know about Spinal Tap. 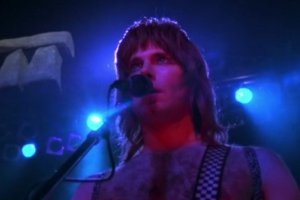 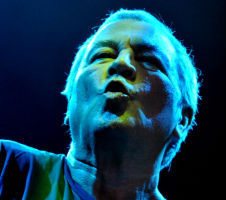 On Tap's tour, the would-be grandaddy of all setpieces fell victim to fuzzy math: the piece was constructed to 18x18 inches, not feet. On Black Sabbath's 1983 "Born Again" tour, Stonehenge set was actually too large to fit on stage, since someone had accidentally converted the measurements from feet to meters. Though the similarities are uncanny, Black Sabbath's accusation is false, and in director Rob Reiner's words, "idiotic."

2. Sting has watched "This Is Spinal Tap" more than 50 times and doesn’t know “whether to laugh or cry.”

Many other artists, especially in the metal community, reacted to how eerily accurate the movie was. Foghat actually accused the Spinal Four of bugging their tour bus, certain that some storylines were about them.

This inspired him to improvise the movie as a comedy “jam session” in the most literal sense: all of the songs were played live.

4. Spinal Tap lost a drummer in a “bizarre gardening accident” ...

... and within a few years, life imitated art: Toto and ABBA both lost drummers in the same way. Toto's manager claimed that Porcaro died inhaling the insecticide he was spraying in his yard. Brunkert fell through the glass door to his garden, slitting his throat.

5. The cast shot the movie with a 4-page treatment -- the rest is completely improvised.

6. The film was originally supposed to be told from the roadies’ point of view.

Roadie, a movie starring Meat Loaf, beat the filmmakers to the punch, so they scrapped that idea, among other ludicrous subplots.

7. Jamie Lee Curtis fell for Christopher Guest after seeing him dressed as Nigel in the pages of Rolling Stone.

When she saw a photo of Guest as Nigel Tufnel in Rolling Stone, she apparently told herself, "He's cute. I'm going to marry him." She passed her number through his agent. He didn't call. Eventually, they ran into each other. Long story short: They wed at Rob Reiner's home in December of 1984 and remain married 30 years later.

8. Remember the moment when Derek Smalls (Harry Shearer) gets trapped in a pod?

It was inspired by the time Yes drummer Alan White got stuck in a giant seashell onstage and almost ran out of air. Nearly three decades later, U2 proudly lifted ideas from Spinal Tap on their "Popmart" tour, emerging from a giant lemon amid massive smoke effects. In Oslo, the giant lemon trapped the band inside.

9. The first time the movie was screened in Dallas, Texas, 15% of the people liked it.

Now it’s a classic that spawned a massively popular genre: the mockumentary.

10. Tom Petty inspired the moment when the band gets lost backstage.

On their way to a stage in Germany, Tom Petty and the Heartbreakers once wound up on a tennis court. As Rob Reiner puts it, “We heard they got stoned backstage and couldn’t find their way." A confused Bob Dylan asking “where’s the door?” backstage in the movie Dont Look Back was another source of inspiration.

Is 11 not enough? Watch the YEAH! special features version of "This Is Spinal Tap," featuring exclusive commentary from Rob Reiner, Jack Black, Rob Zombie and more.