Of the hundreds of types of dinosaurs that have been discovered, none has ever been shown to have been adapted for life in the water. But now an international team of scientists says a species called Spinosaurus aegyptiacus was the first truly semiaquatic dinosaur -- and pretty bizarre.

The huge Cretaceous Era predator had a small crocodile-like snout, and small nostrils in the middle of its skull so that it could breathe easily with its head partially submerged, according to a written statement issued by the National Geographic Society.

In addition, it had a long neck and trunk that placed the dinosaur's center of mass so far forward that it would have been almost impossible for the creature to walk on two legs on land.

The researchers said the adaptations are similar to those seen in early whales and the modern-day hippopotamus, Science magazine reported. They noted that Spinosaurus was the only dinosaur known to swim. 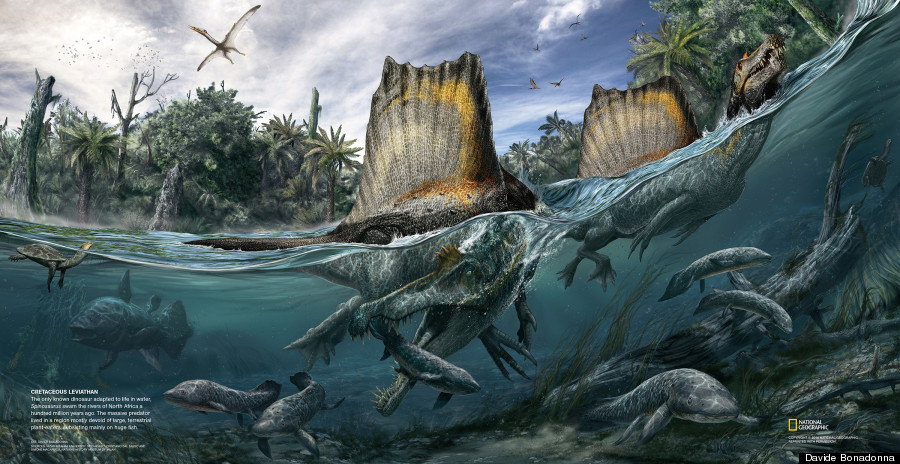 The only known dinosaur adapted to life in water, Spinosaurus swam the rivers of North Africa a hundred million years ago. The massive predator lived in a region mostly devoid of large, terrestrial plant-eaters, subsisting mainly on huge fish.

One of the scientists involved in the characterization of Spinosaur, University of Chicago paleontologist Dr. Nizar Ibrahim, said the dino was so weird that working on it was like working on an extraterrestrial, the Associated Press reported.

And Spinosaurus was as big as it was bizarre. Fossil evidence suggests it was about nine feet longer than the biggest T. rex specimen, according to the AP. 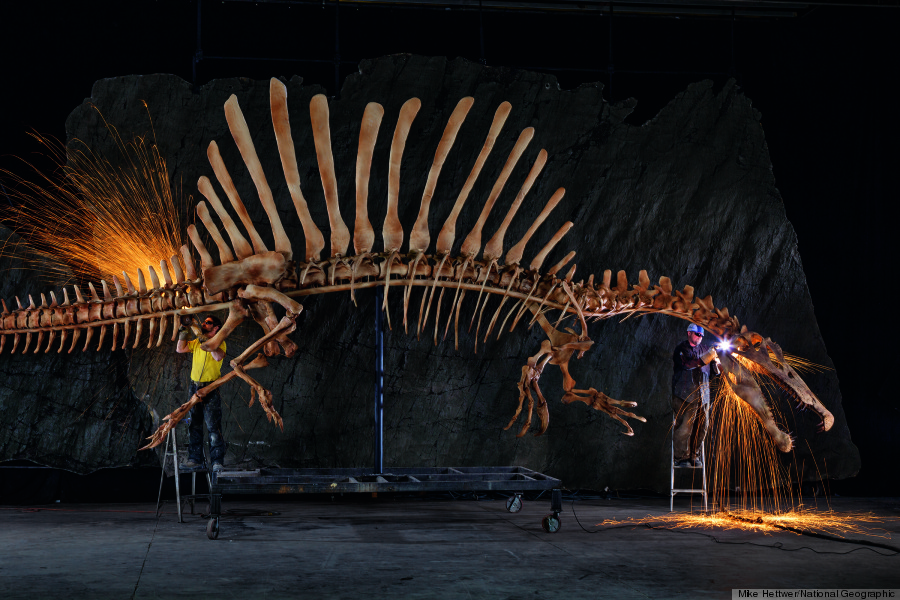 The team of researchers--from institutions in Italy and Morocco as well as from the University of Chicago--reached their conclusions about Spinosaurus after examining fossils found in the Moroccan Sahara and other remains held in museum collections around the world, according to the statement.

A paper describing the discovery was published today in the journal Science.