I am a single woman with no kids. I've been that way all my life. It's by choice, so it's a fine place to be. Eons ago, I would have been called a spinster. Or an old maid. Old Maid sounds much too heavy, plus I'm reminded of the card game of the same name where the Old Maid is the last thing one wants to be. If you end up the Old Maid in this game, you are the loser. Some might also say this is true in real life. 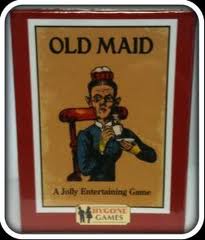 I considered bachelorette for a moment, but only for a moment. I knew that wouldn't work. Bachelorette refers to a young woman. It has a certain lightheartedness that I like, but it also seems to carry a bit of frivolity, which really doesn't work for me anymore.

So, nix old maid... nix bachelorette. I'm going with spinster. It's archaic and has a certain ring to it. I think of Jane Austen and well-dressed, polite, independent women. Spinster is so out, it's in. Or at least, that's my plan. Unlike old maid, which automatically carries all kinds of baggage and negative imagery, spinster is different. Dictionary.com defines a spinster as "a woman still unmarried beyond the usual age of marrying." Well that certainly is me. No problem. 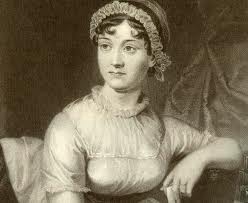 So when I started chronicling my life, I wanted spinster to be part of the title. But spinster does carry with it a certain blandness. It doesn't seem exciting or fun or lively so, though I like it, it doesn't totally describe me. I am exciting... and fun... and lively, so I decided to jazz it up a bit. I like the word delicious and I have used it to describe my life. And that's how I ended up with Spinsterlicious. Spinster + (de)-licious. Get it?

And that's also how The Spinsterlicious Life was born; it's the name of my book and my blog. And the word spinster is used a lot in both places.

So, I was a little surprised a couple of weeks ago when more than a few commenters on my Divorce Envy piece on this site took issue with my use of the S-word, calling it "ugly" and chastising me for using it. Huh?

I don't know it to be an ugly word. Is it just the whole concept of being a never-married-woman-of-a-certain-age that is ugly? I think it is for some people, and I hope to change that. Similar to the way young African-Americans want to re-frame the N-word and young women are embracing the B-word, I want to reclaim and jazz up spinster. It's not a bad state of being and shouldn't be considered a bad word. It's what I am. I'm Spinsterlicious, baby! 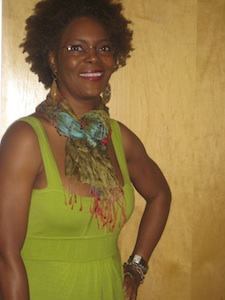 Women Single Childless By Choice Single By Choice The Bachelorette