Spirit Airlines doesn't shy away from scandals. Instead, it uses them to sell tickets.

The budget airline's latest "More Bang for your Buck" promotion makes use of the U.S. Secret Service's recent prostitution scandal in Latin America by offering one-way flights to Cartagena, Colombia, starting at $19.80.

The Spirit ad depicts an agent in front of four scantily glad women, presumably poking fun at the discovery that U.S. military personel and Secret Services members had been in hotel rooms with at least 20 women just before the President arrived for a summit with Latin American leaders. One of the sex workers also alleged that a Secret Service agent did not pay her in full.

In May 2011, Spirit released an ad in light of the Maria Shriver and Arnold Schwarzenneger split. The ad poked fun at Schwarzenegger's "love child", a son, he fathered nearly 20-years earlier with a member of his household staff, Mildred Patricia Baena. Spirit's ad stated: "Fares so low, you can take the whole family... including that half brother you just met."

The airline has also mocked the likes of Tiger Woods, Charlie Sheen, Rob Blagojevich and former Congressman Anthony Weiner in their ads.

WHAT DO YOU MAKE OF THIS AD? 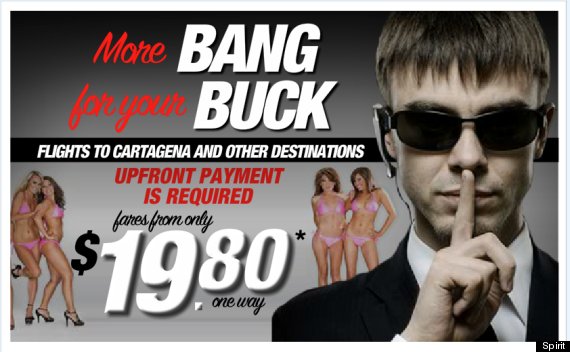 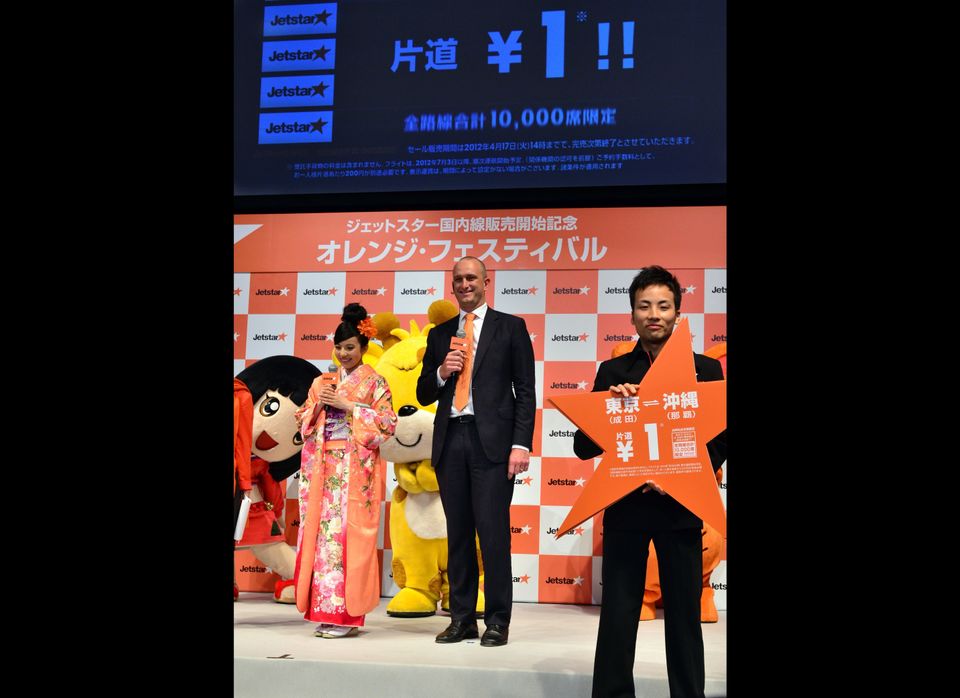