Technology is often the enemy of superstition, but a new iPhone app aims to convince you otherwise.

Spirit Story Box, a 99-cent iPhone app launched recently by Roger Pingelton and Jill Beitz, of Greenwood, Ind., claims to detect and message nearby ghosts and spirits by tracking "certain environmental elements" around your iPhone and "examining values within the device that a spirit should theoretically be able to manipulate." 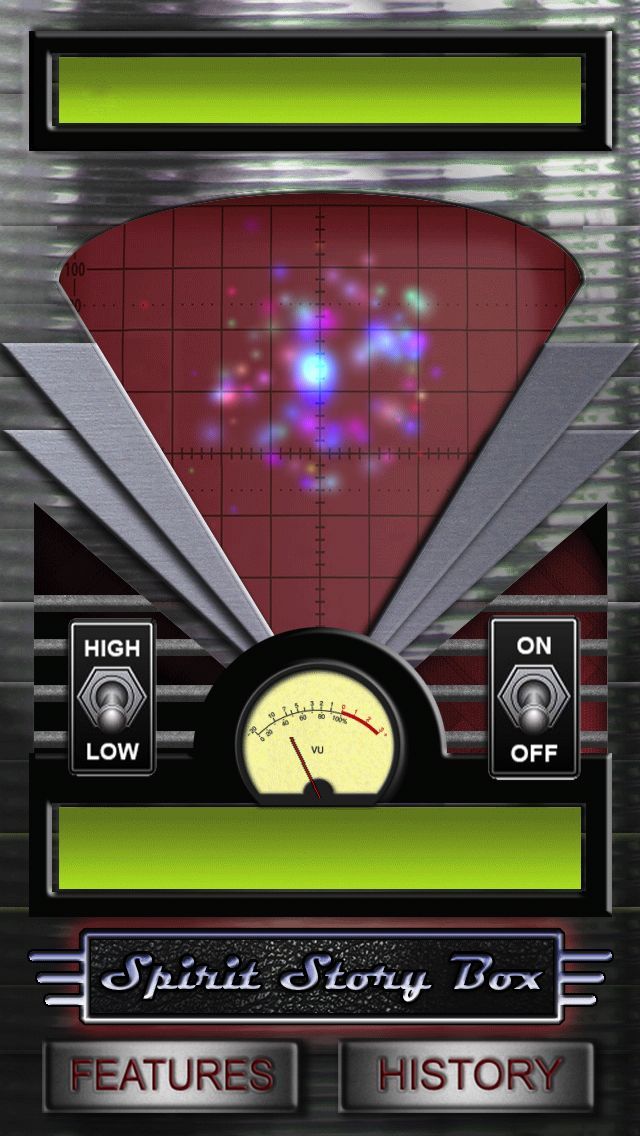 The app supposedly measures these fluctuations over time and interprets a message based on the data. After a few minutes, the device uses a word generator to translate the energy of the nearby spirit into short words and phrases. The resulting message -- which could be anything from "fingers" or "secrets" to "strychnine" or "elephantiasis" -- scrolls across your iPhone screen. Think of it as a long-distance text message from the very-long dead. 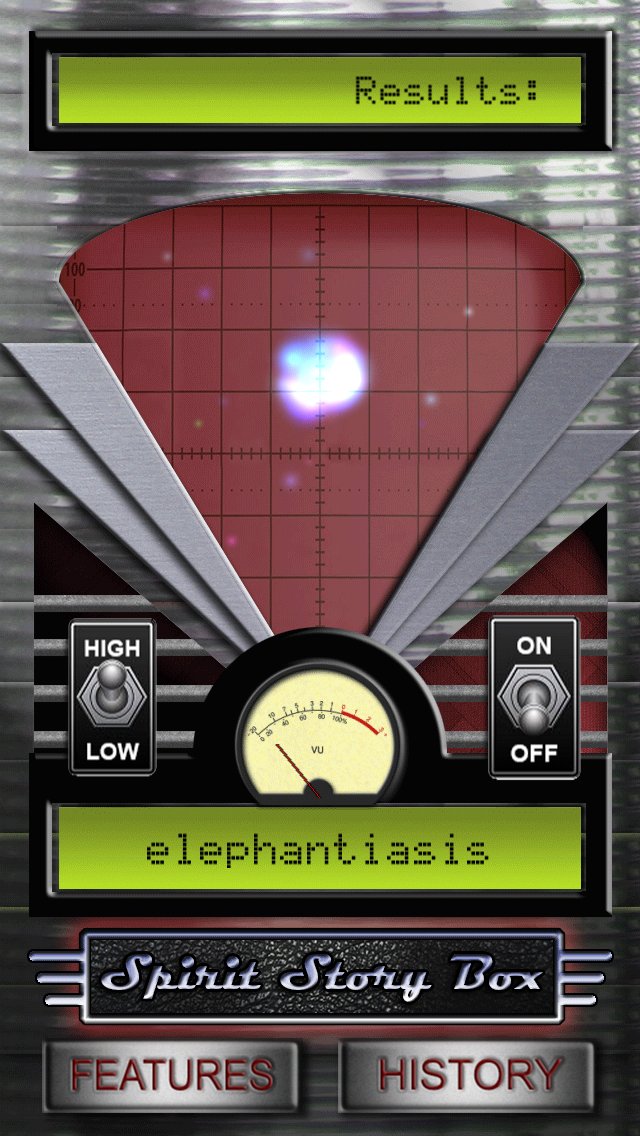 You can also track your messages over time... 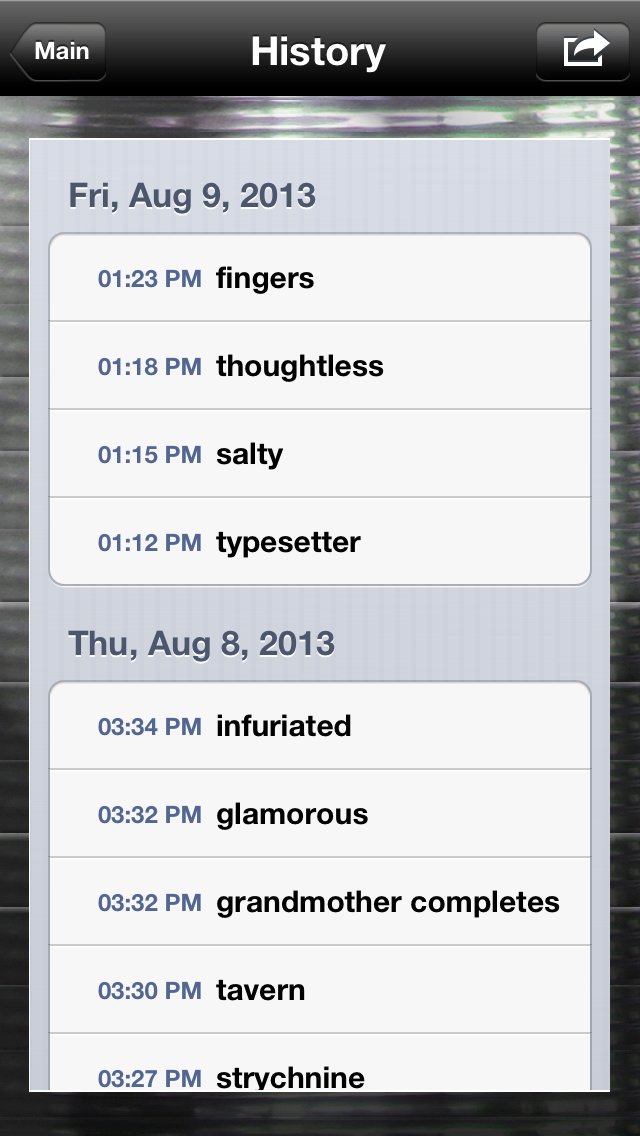 ...and forward the spirit-generated words to your friends and family. 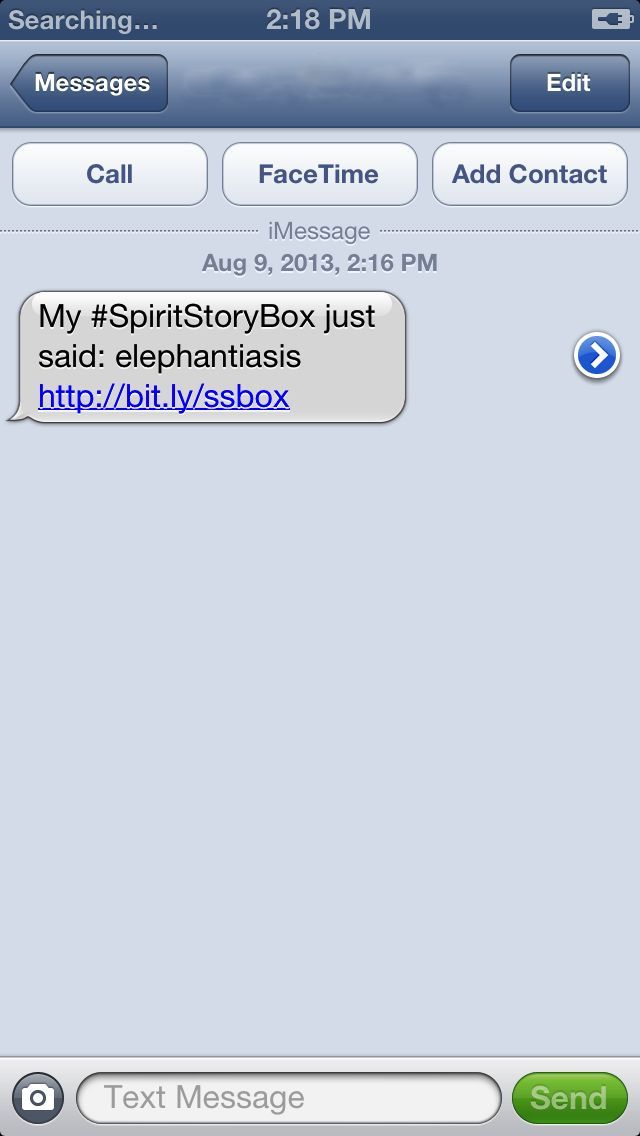 Spirit Story Box is intended for entertainment purposes only, the developers say.

“Bottom line is we wanted people to have fun with it,” Pingleton told the Indianapolis Star. He went on to say that he wanted to improve on the current paranormal app pickings, one of which (Ghost Radar for Android) actually helped inspire Spirit Story Box.

The Huffington Post's official test of the app, which was conducted with a healthy dose of skepticism, found messages flowing in after just a few minutes. "Cousin save, resourceful grandfather," read some. "Dining room, garters, shallow, around railroad," others said a few minutes later.

Well, in a pinch, Spirit Story Box could always be used to generate slam poetry, right?

CORRECTION: The original version of this story referred to the Indianapolis Star as the Indiana Star.