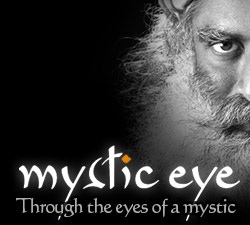 Whether you listen to tribal music in Africa, the most evolved music of India or even Western classical music which has evolved in a different direction -- wherever you go -- there are only seven notes. It can't be an accident. It definitely cannot be an accident because all these cultures and their music have evolved completely, without any communication between them.

If you feed any sound into an oscilloscope, a sound-measuring instrument, it gives out a certain form. That means every sound has a form attached to it.

Similarly, every form has a sound attached to it. Or in other words, today modern science is proving to you that the whole existence is just a vibration of energy. Just 100 years ago, science believed in matter, but not anymore. Now, modern science has gone full-circle and denies matter. Modern science says there is no such thing as matter. Matter is just a make-believe thing -- it's a relative existence. It is not a reality. Reality is just energy vibrating in different ways. The whole existence is just a vibration.

Where there is vibration, there is bound to be a sound. Isn't it so? Where there is a vibration, there is bound to be a sound. So in yoga, we say the whole existence is just sound. We call this "Nadha Brahma." Nadha Brahma means the whole creation and the creator are just sound. Now this is not a fancy conclusion that somebody has drawn, a scientist deduced it. Albert Einstein never experienced this; he only mathematically deduced that everything is just energy vibrating. But when we approach it experientially, when we saw it experientially, naturally it was all sound. Every vibration is a sound. So every form that you see in the world is a certain kind of sound.

So if everything is sound, why don't you hear it? This question will naturally come up. You don't hear it simply because your hearing range is in a small band of frequencies; anything below that is subsonic and anything above is ultrasonic. For example, if you take a transistor radio and tune it, suddenly it starts singing or talking - where is the sound coming from? It's already in the air, isn't it? Fortunately, you cannot hear it. It is in a frequency mode which is not in your hearing range, but it is all over the place. Similarly, the whole existence is just sound, but it is not in your experience because your hearing range is limited.

If you move into a certain state called Rithumbara Pragna, if you move into this state, and if you look at any form, the sound attached to it becomes clear to you. In such a state, the whole existence is just sound. All musical notes come from this.

Now the human body is constructed with seven basic components, and the root sounds for these seven basic components are what have become musical notes everywhere in the world. People who evolved music may not have experienced this, but if you experiment with music, whichever way you experiment, everything falls within the parameters of these seven notes because the very construction of the body is within the seven dimensions of creation, which is being represented as chakras.

A "chakra" is just a meeting point for the energy system. It is a junction point, a traffic junction, and there are seven major junctions. This does not mean that a chakra by itself has its own quality, it is just that all roads which travel in a direction are doing certain things; they come together at a certain point, so it becomes a powerful place. If a person becomes utterly silent within himself, then the body can be experienced as sound. It is in this state that these seven notes have evolved.

Sadhguru posts a weekly article covering such topics as health and wellbeing, cultivating meaningful relationships, living joyfully, enhancing human consciousness and how to make this planet a better place to live.

Isha Foundation, founded by Sadhguru, implements several large-scale human service projects including Project GreenHands, which set a Guinness Book of World Records for planting the most trees in a single day. For more information, visit www.ishafoundation.org

View Amazon Bestseller Midnights with the Mystic below 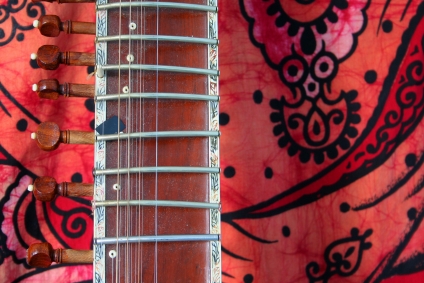