The art of spiritual photography dates back to the 19th century when William H. Mumler made a name for himself as a photographer-turned-medium allegedly able to conjure deceased individuals with his camera. The psychic photography movement had been around for a few decades, but Mumler is considered the first to have commercialized the trend, producing images -- like the famous Mary Todd Lincoln portrait -- that feature what appear to be, well, ghosts.

Fast forward a few years, and photographers like the London-based Richard Boursnell and J. Evans Sterling, as well as the Scottish brothers Craig and George Falconer, took up the helm of spiritual photography. The former followed in the vein of Mumler, capturing ethereal figures hovering beside sitters. The latter specialized in "ectoplasm" portraits, eerie images that show a thick white cloud near or around subjects' faces. (Ectoplasm, for the uninitiated, is a substance or spiritual energy "exteriorized" with the help of mediums.) 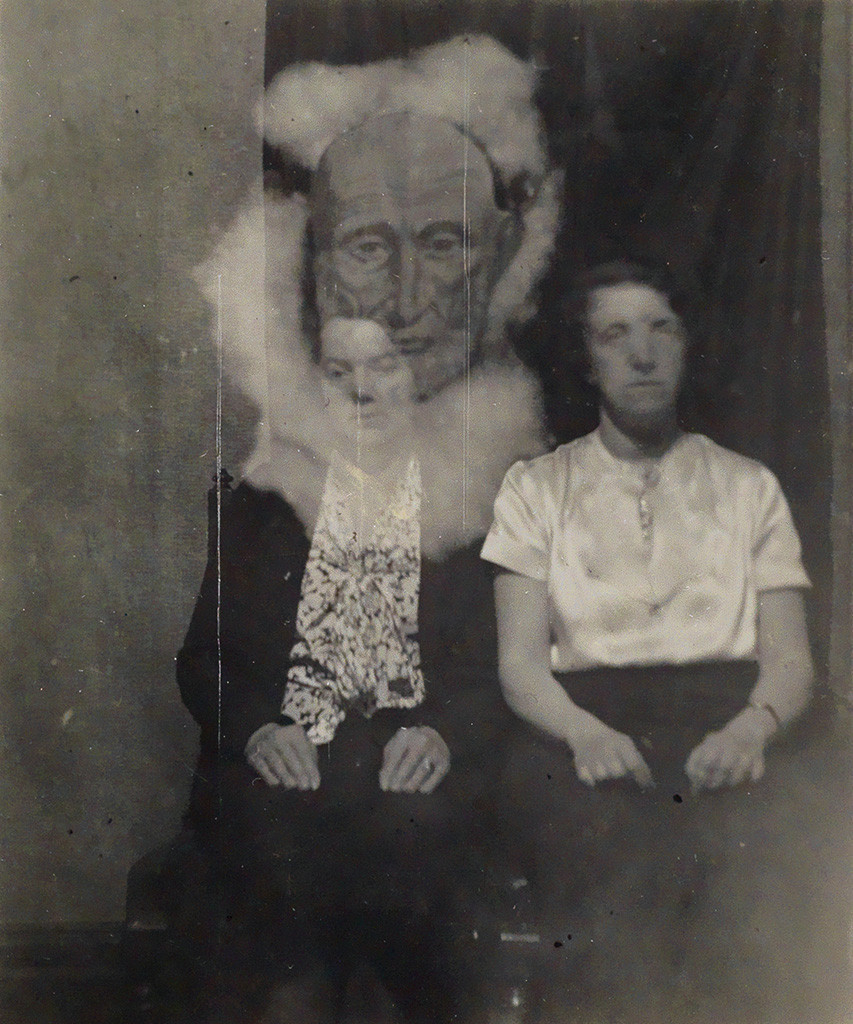 We came to the attention of these strange, historical objets d'art thanks to The Vault and the folks at Swann Auction Galleries, who unearthed photographs by the Falconer brothers, Boursnell and Sterling, and their contemporary Frederick Hudson for an upcoming sale entitled "The Vernacular Eye: Photographic Albums, Snapshots & Objects." According to Swann, men like the Falconers invited viewers to not only observe the mediums at work during seances, but also the loading, shooting and developing of film during the photographic process. The process amounted to images like this: 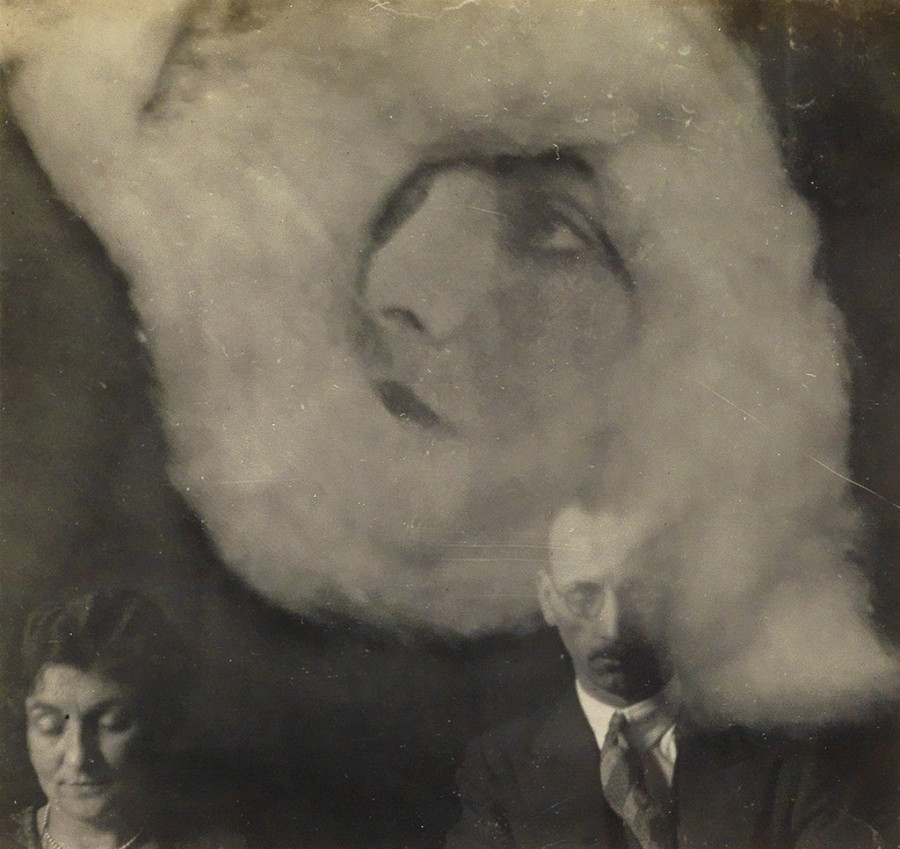 Of course, a healthy dose of skepticism accompanied the rise in popularity of spiritual photography throughout the early 20th century. "The brothers were arrested and convicted, in 1931," Swann writes on its website, "when two plainclothes policemen, who were posing as sitters, charged that 'extras' (spirits) were actually photomechanical images and the cloudy ectoplasm was manipulated." Not surprisingly, Mumler also faced legal scrutiny back in the 1860s. As art history has proven, the camera, in the hands of seasoned professionals, can be a powerfully manipulative tool. 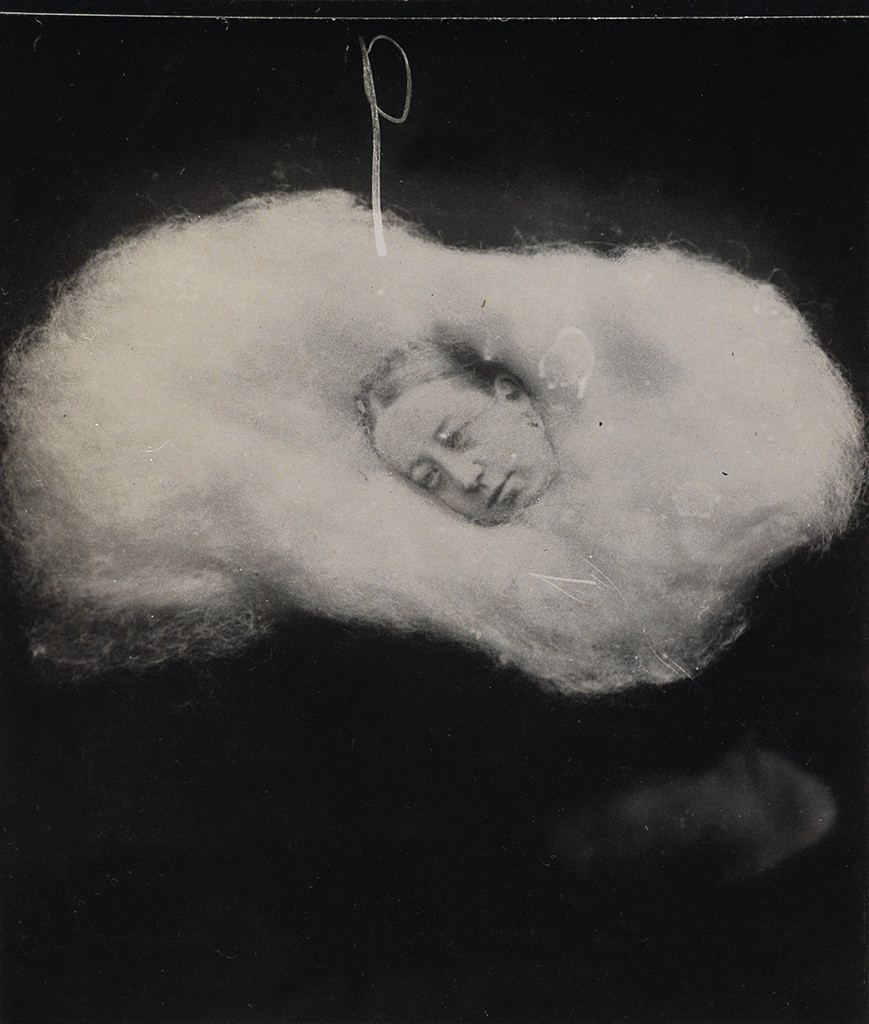 Nevertheless, the act of recording "supernatural visitations" has clearly persisted. Take, for example, the plethora of ghost hunting shows that populate television channels like Animal Planet, Discovery and SyFy. So, if you're as intrigued by ghost hunting's past as you are by today's pop paranormal activity, feast your eyes on Swann's collection of spiritual photographs here. 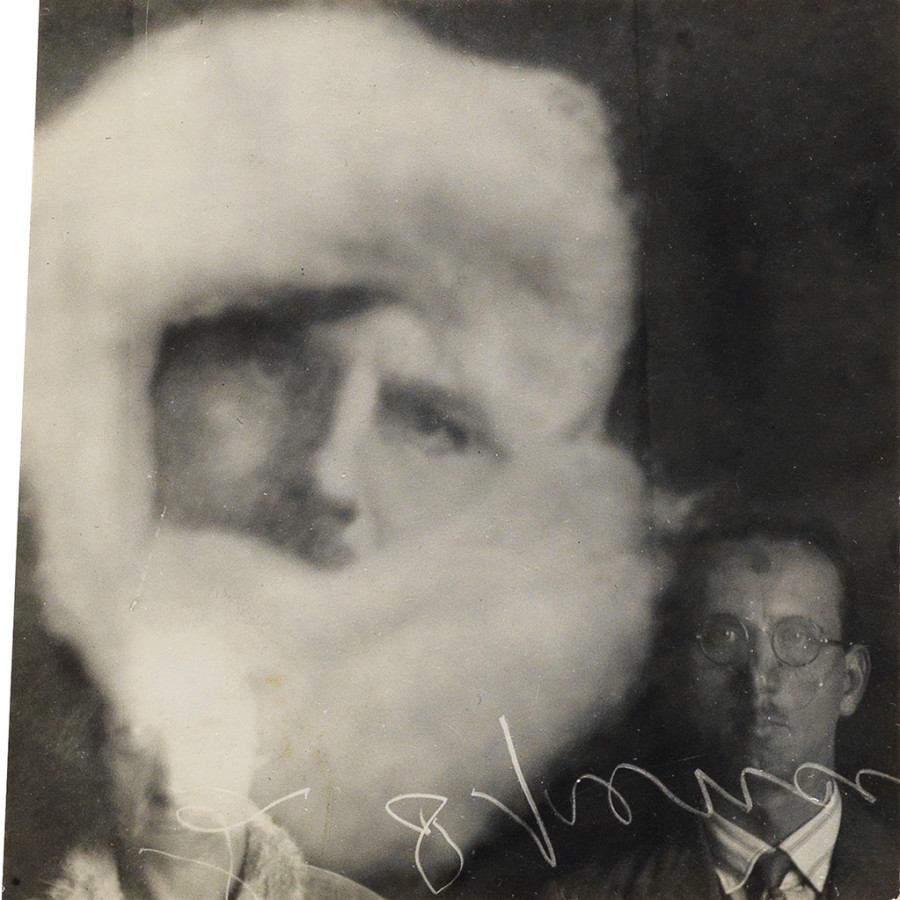 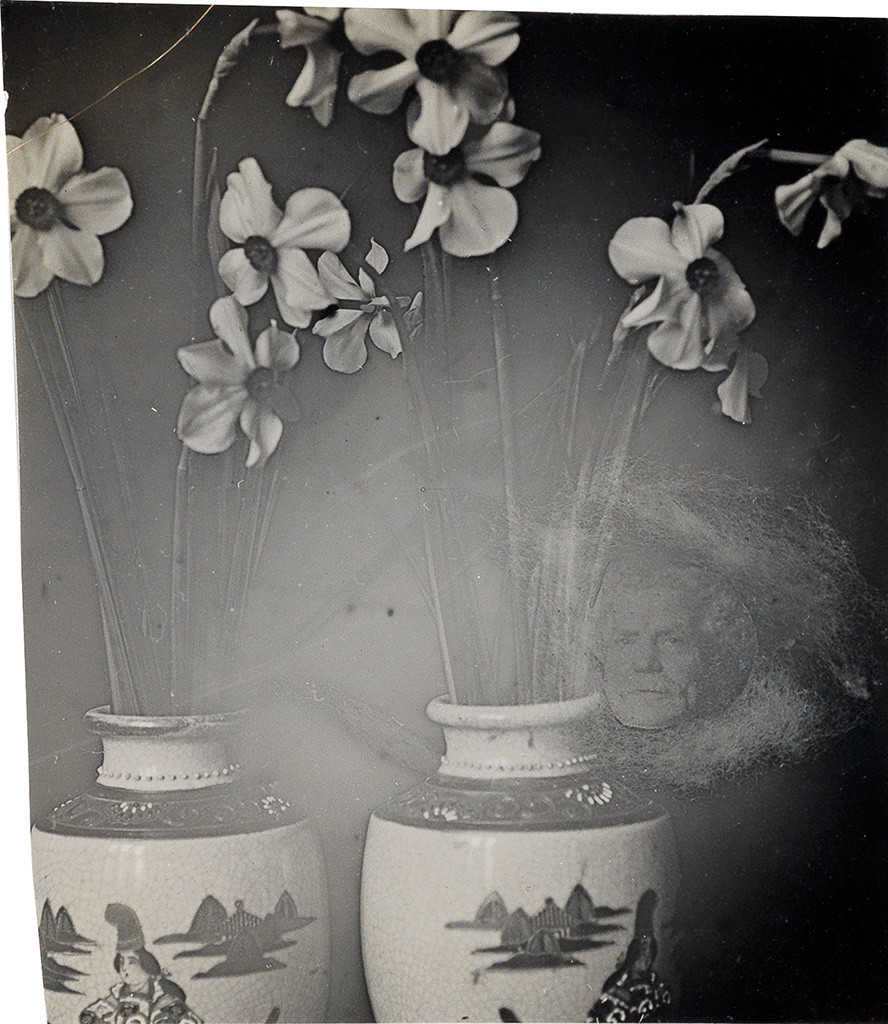 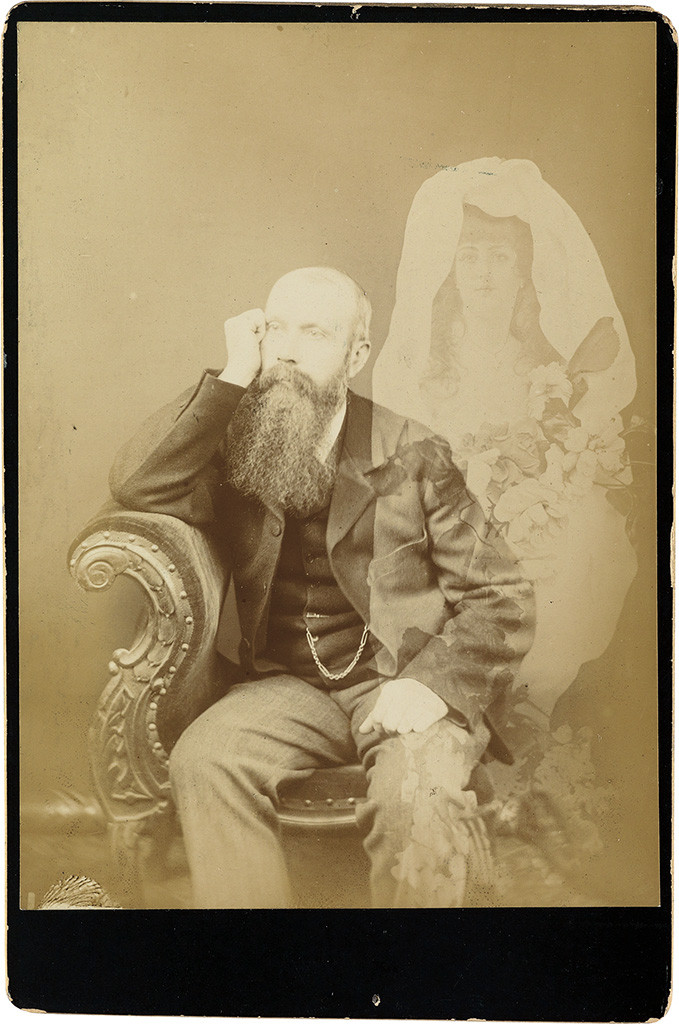 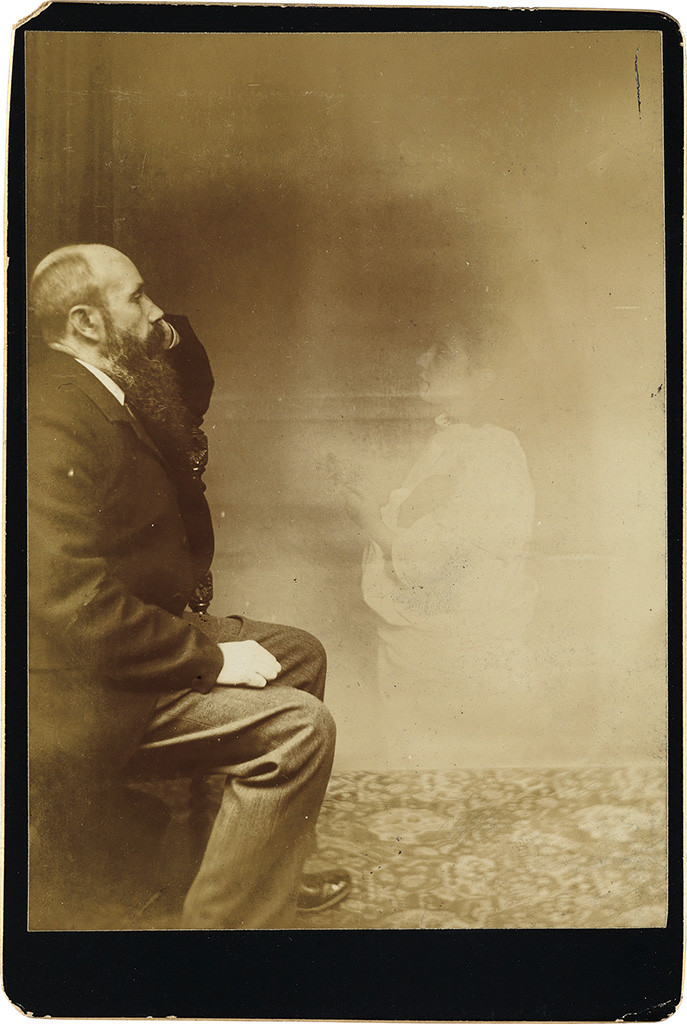 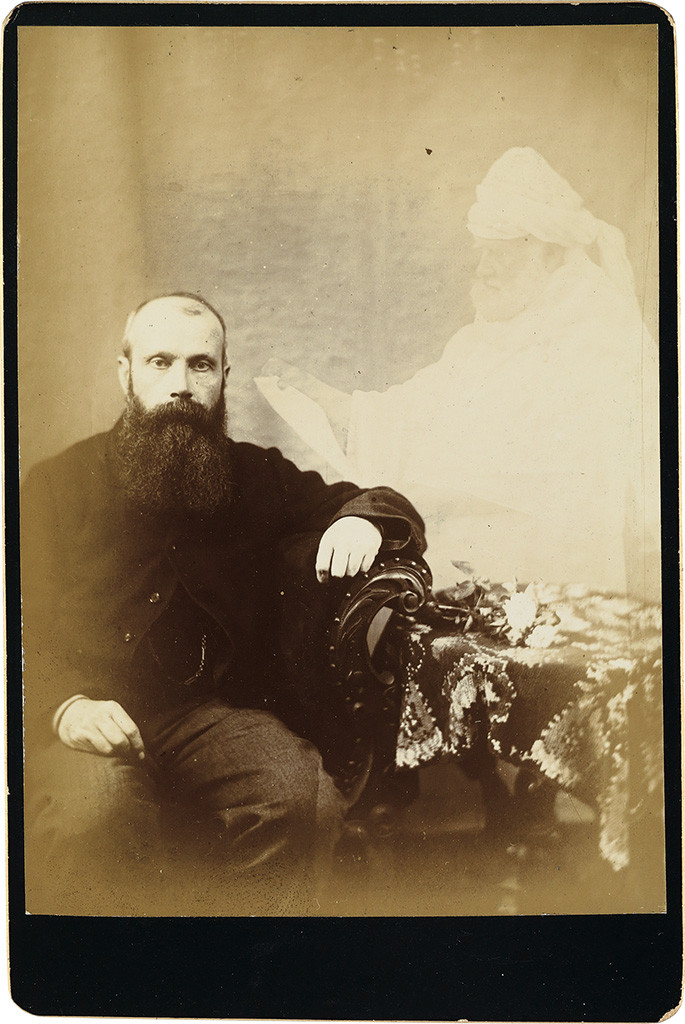 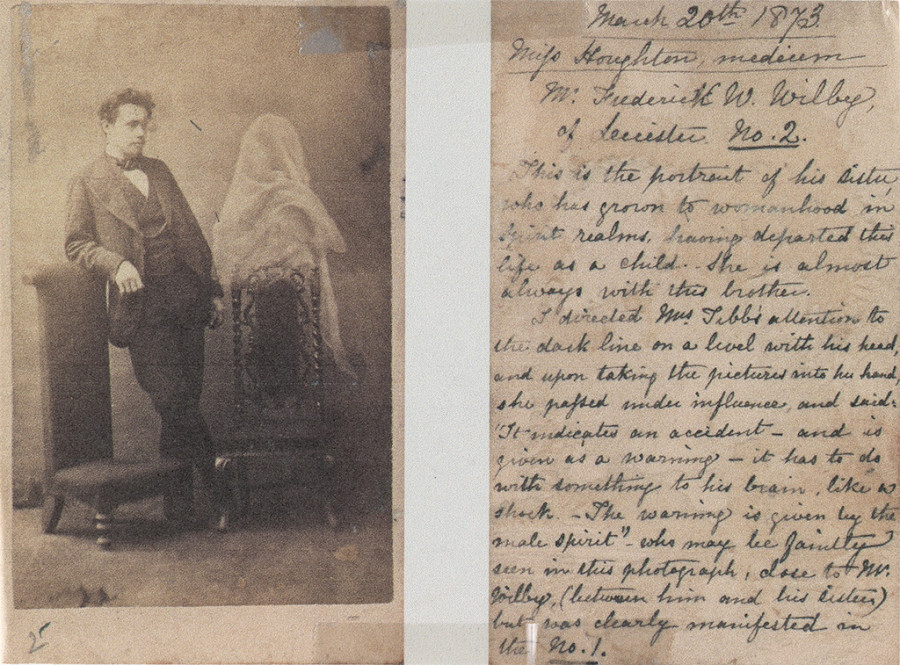