Never one to miss out on the opportunity to make a buck on a bad joke, Spirit Airlines has taken advantage of two recent news developments and turned them into online advertisements that are beyond cringeworthy. 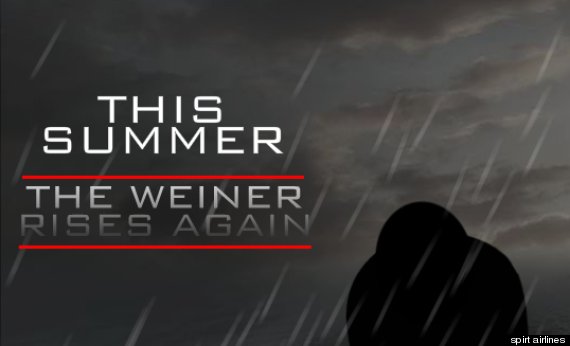 In honor of Weiner's "rise," travelers can save $24 on airfare and thank the former Congressman who is now running for New York City mayor. 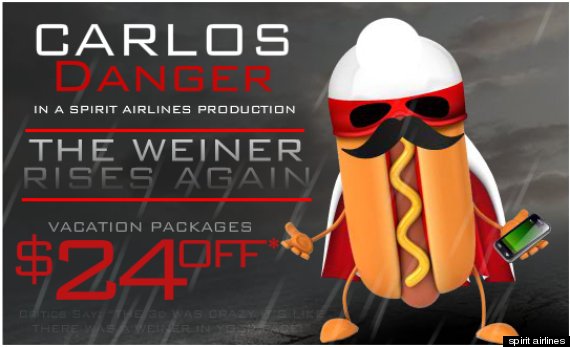 And in a less obscene, but still shocking ad, the airline is offering a sale in honor of the royal family's newest addition, baby George. Two hands hold up a crown-wearing baby... 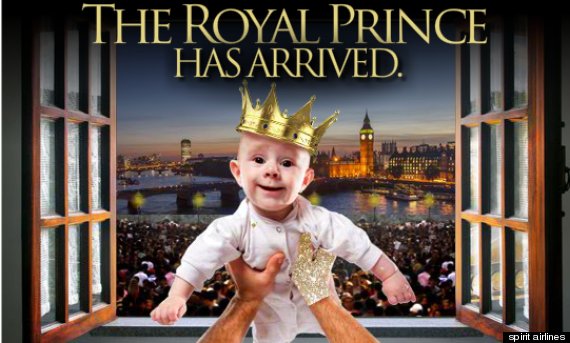 ...And then proceed to drop it. Just like its prices. Get it? 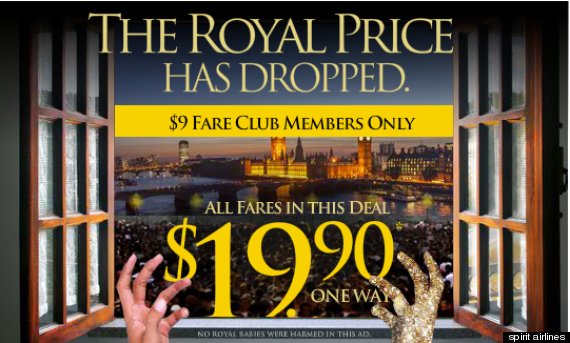 In the past, Spirit has riffed on other major scandals and big news moments, including Mitt Romney's "binders full of women" incident, the Secret Service prostitution scandal, Jeremy "Linsanity," and Rod Blagojevich's profane outbursts.

Clearly, the airline will do anything to generate a little revenue, if it means making the entire Internet cringe at their bad jokes.

Things Spirit Could Buy With Its $142 Million