New York's iconic gay bar Splash is set to give its disco ball one final spin.

The nightspot, deemed a rite-of-passage for many young gay men in Manhattan, posted a letter on its website confirming it would shut its doors Aug. 10 with no reason specified at the time of this writing. Ten nights of celebration will kick off Aug. 1 and lead up to the final night on Aug. 10.

In the 22 years since its opening, Splash became known for its 18-and-over weekly college parties, "Musical Mondays," as well as hosting gay icons such as Cyndi Lauper and Kylie Minogue for album release parties and music video shoots.

Check out the letter below, and make sure to swing in Splash one final time before it closes for good, and raise a glass to all your college nights spent there. 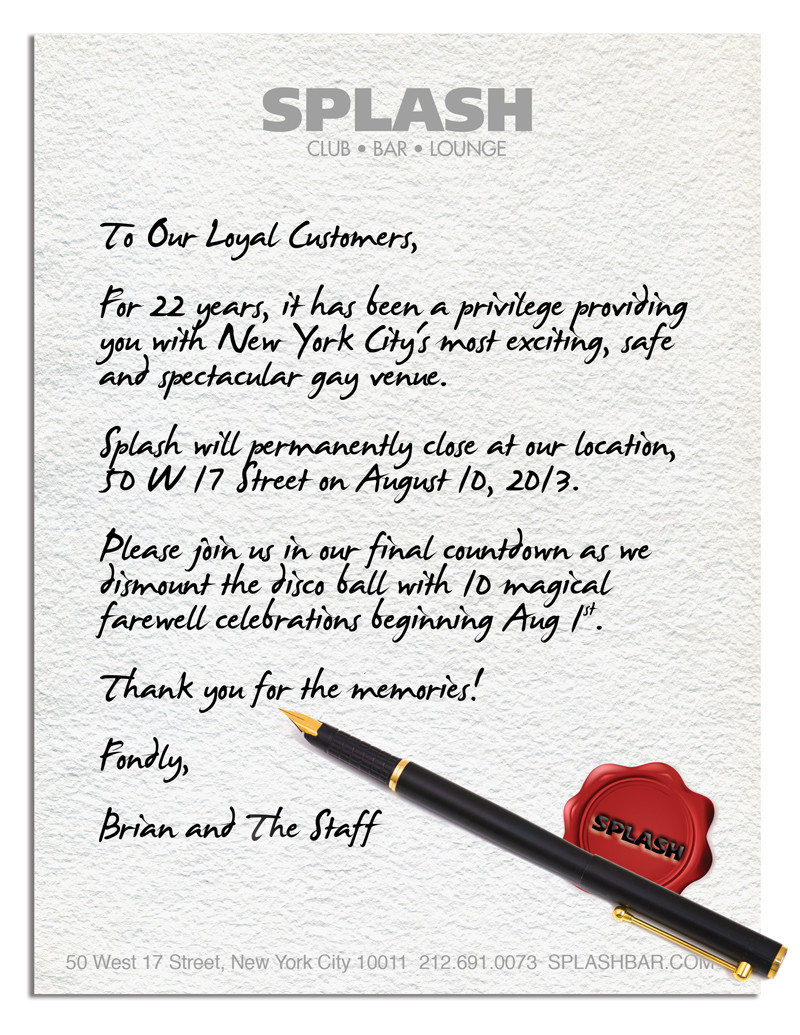 Bonus: Watch Cyndi Lauper's video below for her single "Into the Nightlife" which she filmed at Splash!