We have news for you: The GIFs of old are dead. Like, really, really dead.

They've been killed by the unequivocal coolness of split-depth GIFs -- optical illusion creations that use white space as a reference point to create mind-boggling depth within GIF animations. No 3D glasses necessary.

With Photoshop and a great deal of patience, GIF creators add white bars and borders to their animations, going frame by frame to conceal and reveal different parts of the image in reference to the blank space.

Reddit user drinkmorecoffee, creator of the penguin GIF below, told The Huffington Post the process is typically "all about masking the frames so they appear to be behind a specific object in the frame, thus making that object appear to jump off the screen."

It's time-consuming, surely, but the results are epic. Please accept our apologies in advance for melting your brain.

These 3D Gifs Will Turn Your Brain Inside Out
Optical Illusions 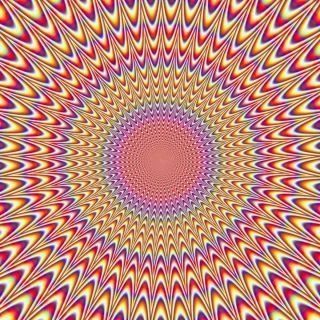