This dog went from dejected to delighted after getting a new home.

Marla Goldsmith and her boyfriend knew their pup, Spokey, was the one when they first laid eyes on her at the Maryland SPCA Monday. So they plucked her from the shelter and took her home. 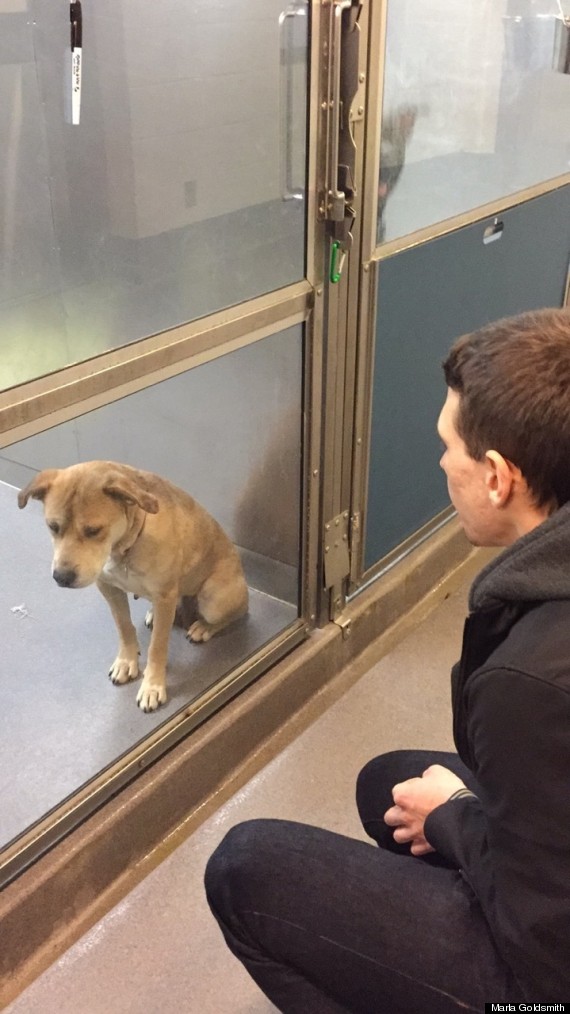 Goldsmith, and her boyfriend, James Southern, said they just knew there was something different about her.

"We couldn't keep our eyes off of her, " Goldsmith wrote in an email to The Huffington Post. "Many of the pups in the shelter would excitedly bark when they saw you. Others would press their faces against the glass or eagerly wag their tails. Spokey just kind of sat close to the glass."

The pooch appeared unhappy and was surprised by tender human contact -- a sign of possible abuse in her past, her owner said. The couple was adamant about giving her a home, and adopted Spokey a few days later. They documented her immediate change in mood when the pup arrived at her forever home in a picture that was posted on Reddit. The happy photo has since gone viral, generating over 1.5 million views on Imgur. 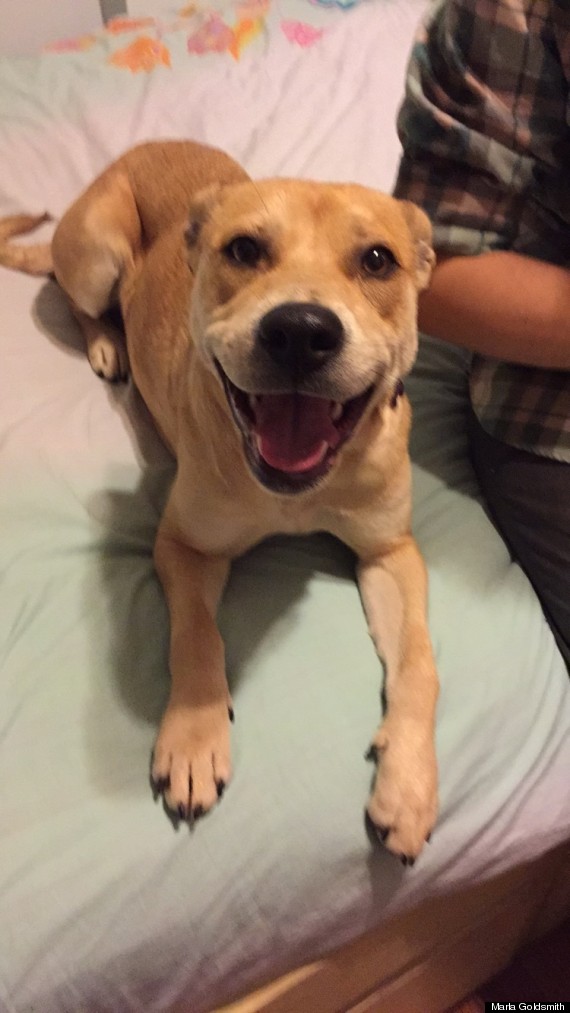 Spokey at her forever home.

"She jumped onto our bed, gave us both kisses, and within a few minutes was happily laying next to me as I studied," Goldsmith said of Spokey's reaction to her new home.

Spokey is currently adjusting to life with Goldsmith and Southern, which is going well for the now-vibrant pup. Her owners say that the pooch has been having a great time, going on walks and perhaps developing a bit of a TV addiction.

"She can't resist a belly rub and loves to chew on her new rawhide bone," the proud owner says of her new pet. "[She's] extremely calm and perfectly content with her head on my lap as I watch Netflix."