The creator of the bubbly Nickelodeon series “SpongeBob SquarePants,” Stephen Hillenburg, died at the age of 57 on Monday after a battle with ALS.

Hillenburg revealed he’d been diagnosed with the disease in March 2017, but he had hoped to continue working on his show for as long as he could.

“Anyone who knows me knows that I will continue to work on ‘SpongeBob SquarePants’ and my other passions for as long as I am able. My family and I are grateful for the outpouring of love and support. We ask that our sincere request for privacy be honored during this time,” Hillenburg had said at the time.

The cartoonist, animator and former marine-biology teacher is survived by his wife of 20 years Karen Hillenburg, son Clay, mother Nancy Hillenburg (nee Dufour) and brother Brian Kelly Hillenburg, his wife Isabel, and nieces Emma and Hazel, according to Variety.

💛 We are sad to share the news of the passing of Stephen Hillenburg, the creator of SpongeBob SquarePants. Today, we are observing a moment of silence to honor his life and work. 💛

In a statement by Nickelodeon, Hillenburg’s achievements on the channel were celebrated: “We are incredibly saddened by the news that Steve Hillenburg has passed away following a battle with ALS. He was a beloved friend and long-time creative partner to everyone at Nickelodeon, and our hearts go out to his entire family. Steve imbued ‘SpongeBob SquarePants’ with a unique sense of humor and innocence that has brought joy to generations of kids and families everywhere. His utterly original characters and the world of Bikini Bottom will long stand as a reminder of the value of optimism, friendship and the limitless power of imagination.”

ALS is the acronym for amyotrophic lateral sclerosis and known also by Lou Gehrig’s disease. It’s a progressive neurodegenerative disease that impacts nerve cells in the brain and the spinal cord. The disease causes the death of neurons controlling voluntary muscles, causing many of those affected to lose the ability to speak, eat, move and breathe.

Many fans have been responding to the news with sorrow:

Only 57. So young to go so soon. He made spongebob when he was 37. What a legend. RIP 😓 pic.twitter.com/aAWi9bQbrk

Whoa. I knew he had a deadly condition, but I didn’t expect it to be so soon. Man, first Stan Lee, and now Stephen Hillenburg? We’re losing our childhoods just like that. Rest In Peace.

Rest In Peace. SpongeBob has always been a huge part of my life, ever since I was real young. He did so much and really left a mark on animation and entertainment overall.

Rest in peace Stephen, He created a lot of joy, laughter, cries from spongebob, Spongebob is one of my favorite T.V. shows, Thank you for leaving such a mark for us adults and children and preteens, and teenagers.. FUN FRIENDS are forever, U is for U and us, N is for anywhere,😪

In addition to being the writer, producer and director of “SpongeBob” since 1999, Hillenburg was also a director, producer, executive story editor and writer on some episodes of “Rocko’s Modern Life,” which aired from 1993 to 1996 and was Nickelodeon’s first in-house cartoon production. 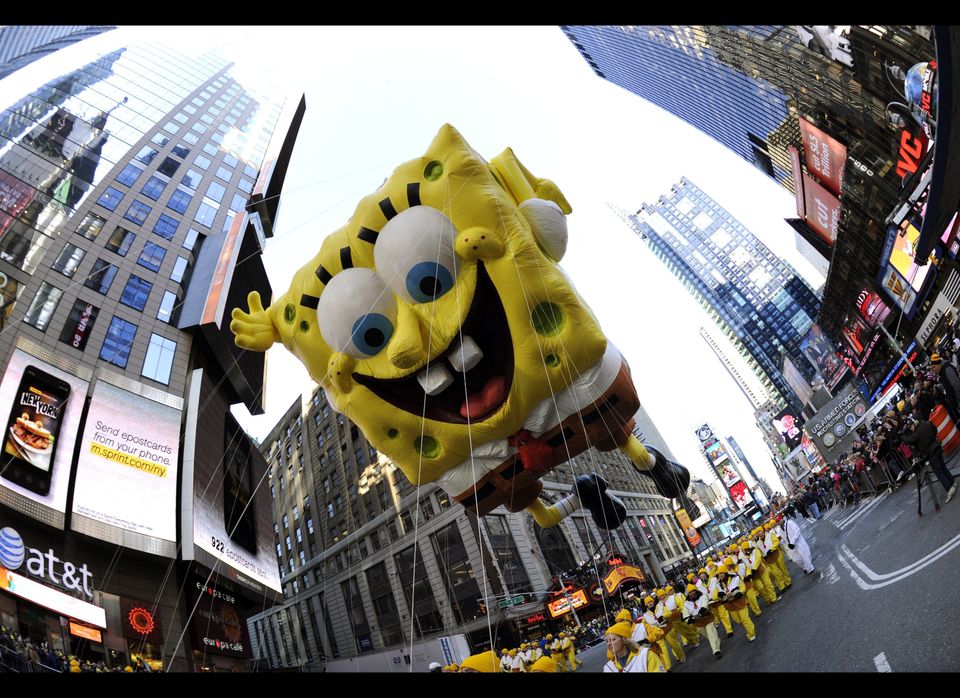 1 / 13
Balloon SpongeBob SquarePants as it make
Balloon SpongeBob SquarePants as it makes its way down Seventh through Times Square during the 85th Macy's Thanksgiving Day Parade in New York November 24, 2011. The parade, which has been an annual event since 1924, is expected to draw an estimated 3 million spectators and 50 million television viewers, according the retail store. AFP PHOTO / TIMOTHY A. CLARY (Photo credit should read TIMOTHY A. CLARY/AFP/Getty Images)
Getty