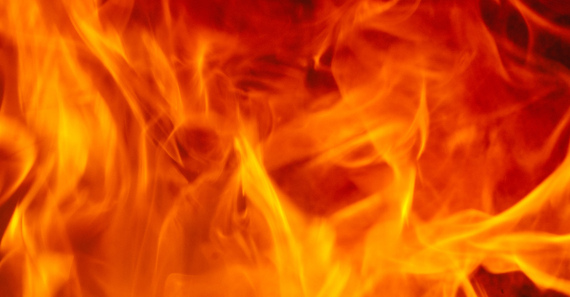 I used to be a very busy person. I wasn't on my OCD medication yet, and in addition to my full time job I had a long list of Very Important Things (VITs) that I needed to complete each day. Or I would die.

Some of the VITs were:
1. Making sure the clothes in my closet were organized by item and color
2. Cleaning the kitchen
3. Cleaning the bathroom
4. Dusting
5. Personal grooming
6. Checking 3 or 4 times before I left the house that the stove was off
7. Checking 3 or 4 times after I left the house that the door was locked
8. Going back in the house to make sure the stove was really off
9. Dropping off and picking up clothes at the dry cleaner
10. Balancing my bank statement
11. Balancing my bank statement again because making sure
12. Grocery shopping at 5 different markets for all my specific dietary needs

Many of the VITs needed to be done before I left the house in the morning or on my lunch hour, and as a result I perpetually ran 30 minutes behind and was always late.

Living this way inspired a running dialogue in my mind of rationalizations, exaggerated excuses and outright lies to have at the ready if anyone dared confront me about my inadequate time-management skills.

I tried to get as much accomplished as possible while driving, because just sitting behind the wheel felt like a monumental waste of valuable time, and if I could cross a few of the VITs off my list during this perceived downtime, so much the better.

One afternoon I was simultaneously speeding, executing an illegal U-turn and applying lipstick when I miscalculated my turning radius and smashed into the curb, blowing out my right front tire. Unbeknownst to me, I also damaged my brake line.

A day or two later, after replacing the tire, I was driving down a busy street and while stopped at a red light noticed that the car in front of me was emitting an enormous amount of smoke.

"Wow," I thought, "that asshole really needs to get their exhaust fixed. They're polluting the entire street."

The light turned green and the asshole drove off, yet the smoke continued to grow thicker. I searched the street for a manhole that might be responsible.

It soon became apparent that there was no smoke-spewing manhole, and as I could no longer see through my windshield, I began looking wildly around, desperately attempting to locate the source of the problem.

As I glanced toward the sidewalk I noticed a small crowd had gathered. They were all yelling at me to get out of my car. Disoriented and confused, I clearly heard someone shout the words, "Your car is on fire." And after a moment it began to dawn on me: my car was on fire.

I jumped out of the car, leaving it in the middle of the busy street with my purse on the passenger seat and the key still in the ignition. As I ran toward the sidewalk, I could see flames licking out of the hood.

Almost immediately a professional mover who happened to be parked on the corner came running up with an industrial strength fire extinguisher, popped the hood and put the fire out.

I thanked the man profusely, retrieved my purse and called the Auto Club.

In the next few minutes, as I waited for the tow truck to arrive, the blare of sirens preceded a caravan of fire engines arriving on the scene, accompanied by a Hazmat Team.

I had created an environmental hazard.

I, Sherry Caris, champion of nearly extinct species, regular contributor to not one but three of the best environmental protection groups in the country, protester against the evil corporations that are encroaching on our precious wildlife and ruining our food with pesticides, had leaked toxic brake fluid all the way down Fourth Street in Santa Monica, California, forcing its closure and necessitating a Hazmat Team, for God's sake, to clean up my mess.

All because of my compulsive need to achieve what I considered perfection and being too selfish to put that need after consideration of others.

Today I am a proud single-tasker. I consider it a spiritual practice to strive to stay in the moment and completely immerse myself in the one activity I am doing, whether it is talking on the phone, writing, petting my cat or chatting with my husband.

I would like to tell you that I haven't had another accident since the day my car spontaneously combusted, but I can't. After all I am only human. A couple years ago, I had a momentary lapse while reaching for the pillow from the passenger seat to place behind my neck and in those 3 seconds of distraction I smashed into a truck and turned the front end of my car into an accordion, fortunately causing no injury to the other driver or myself.

At least I wasn't going 60mph and applying make-up.

This first appeared in The Coffeelicious on Medium.com