Many people who run, hike or bike long distances have noticed that these activities makes them feel more alert and more productive mentally, both while exercising and in the hours following. I've experienced this consistently myself, and fellow mathematicians I've mentioned this to have often shared similar observations.

Patricia Verrier at the University of Portsmouth in England, whose research is in non-linear dynamics and planetary dynamics, concurs: "I definitely agree that it's endurance sports that help with creative/mathematical thinking. Walking/hiking, and rowing if it's a long distance/low intensity (and someone else is steering!)." 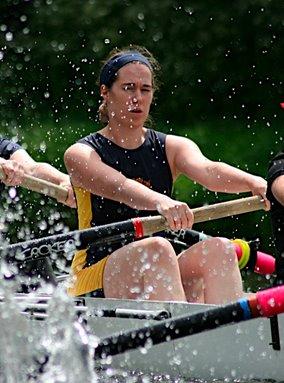 "I've had many of what I think of as 'aha' breakthrough moments while exercising, although it's more minor things such as my own understanding of a problem, an idea for a new approach to solve something or how to sort out a coding problem."

Some mathematicians even attribute notable creative developments in their professional lives to time spent essentially alone out in nature.

Ken Ono (shown below) is a top class mathematician at Emory University, in Atlanta, Georgia, focusing on research in number theory, who is also an avid off-road triathlete. He first got into cycling while in junior high school Baltimore in the 1980s, even racing with the Pepsi-Miyata team in 1989 as a student at the University of Chicago. He relishes time spent away from it all, trailing a mathematical conundrum to its lair. 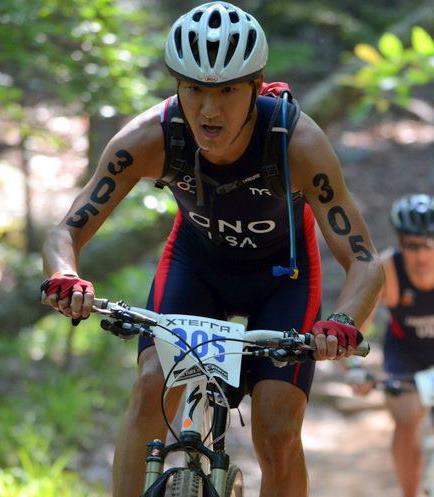 "To think deeply I need to eliminate distractions... the emails, phone calls, texts. I am free to imagine crazy ideas while floating on trails on my mountain bike," the high-energy mathematician reveals. "I am most productive when I disappear for hours in the woods." His conviction that research and exercise are inextricably linked has already been documented.

Ono goes even further today, linking a challenging physical feat last October with a significant "aha" moment of his own, in his continued research on the deep, intractable problems posed in the fabled final letter of Srinivasa Ramanujan's, the extraordinary Indian "mystic mathematician" whose 125th birthday was recently celebrated worldwide (and trumpeted with a Google Doodle) .

"I made the key breakthrough on my recent work on the mock theta functions on Quehl Holler, a 775 foot drop at the Blankets Creek Mountain Bike Park in Woodstock, Georgia," Ono reveals. "Something about the concentration required to navigate the boulders seemed to click, and I then realized the subtle point that I'd been missing for years." The resulting mathematics was the subject of a popular Huffington Post piece at the end of 2012. 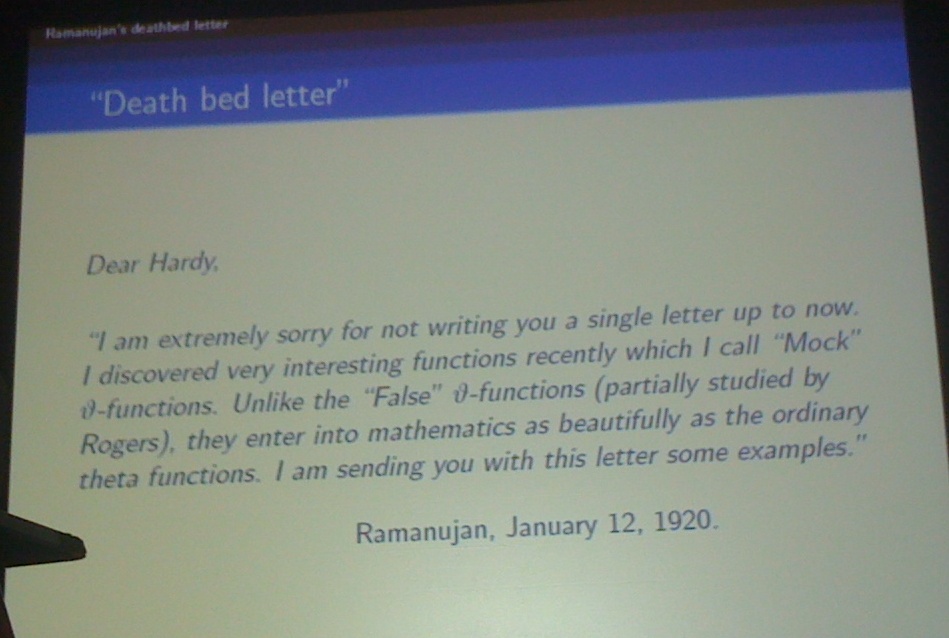 Ono spoke of the exciting new results---collaborations with some of his PhD students and postdocs---both at the Ramanujan 125th meetings in India in December and at the big Joint Mathematics Meeting in San Diego in January, the later in a slot previously slated for a more technical talk. "Abstracts for the JMM were submitted before we had the proofs, and so I decided to submit a safe abstract, stuff that we had already written up," acknowledges Ono. "I wanted to do something special for the Ramanujan conferences, and so we went to work on trying to finish off the last letter. Fortunately we were able to do this." 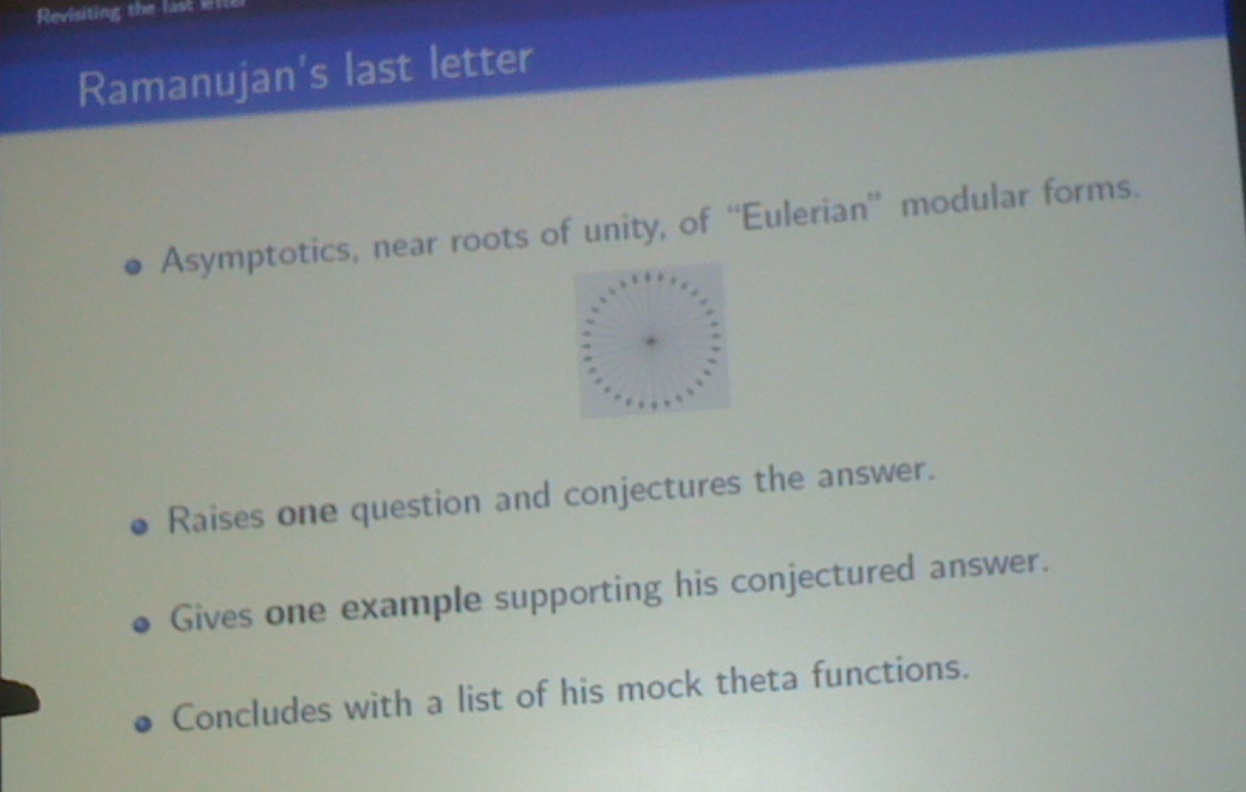 "In his last letter to Hardy, Ramanujan listed examples of his so-called mock theta functions, but admits that he could not prove that his examples satisfy his vague definition. I figured out how to do this on that bike ride. The realization was that his statement could be tested using the regularized inner product. I missed that point for the last five years." 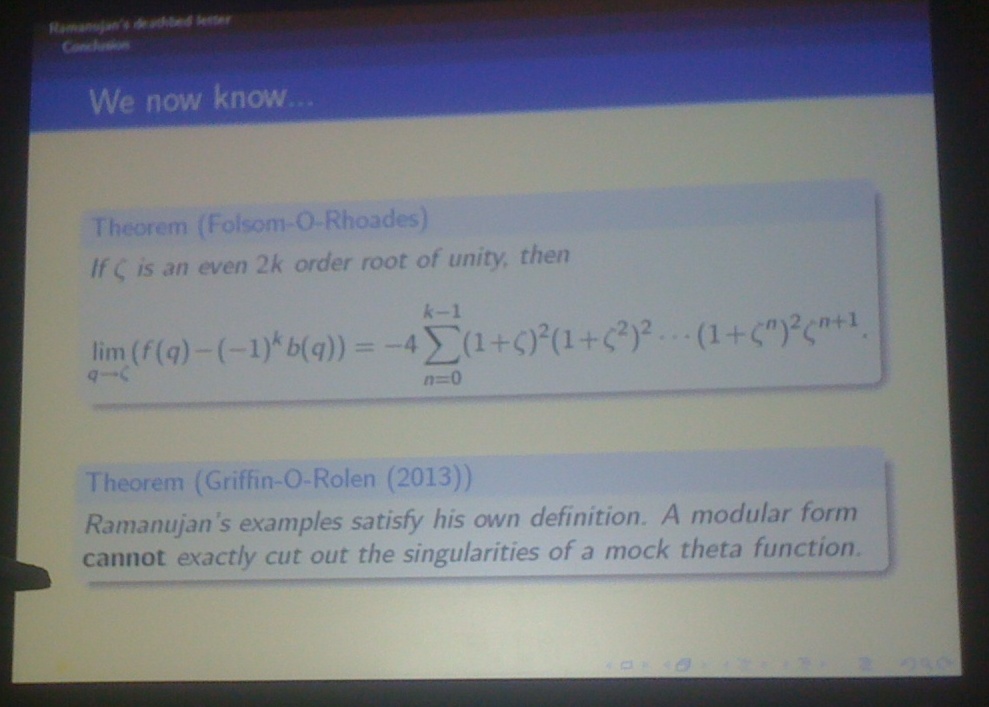 My work on partitions with Zach Kent was kind of inspired by nature. We were hiking at Tallulah Falls in north Georgia, simply trying to formulate a way of describing complicated structure... like leaves on trees in really dense forest...and we realized that opening our minds without relying on existing structure made it possible for us to understand the partition numbers much more clearly. 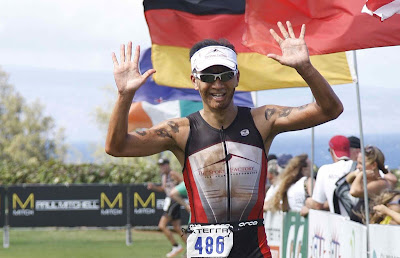 All told, mathematics and hard exercise has been a win-win combination for Ono, who adds, " I do my best writing at home. I do my best conjuring in the woods."

On Ono's recent trip to India, he brought along his new PhD student Robert Schneider, who is making the transition from a long-standing career in indie rock band Apples in stereo (as mentioned at the end here) to graduate level mathematics. Schneider is also a devotee of Ramanujan, and finds inspiration comes at unexpected times. 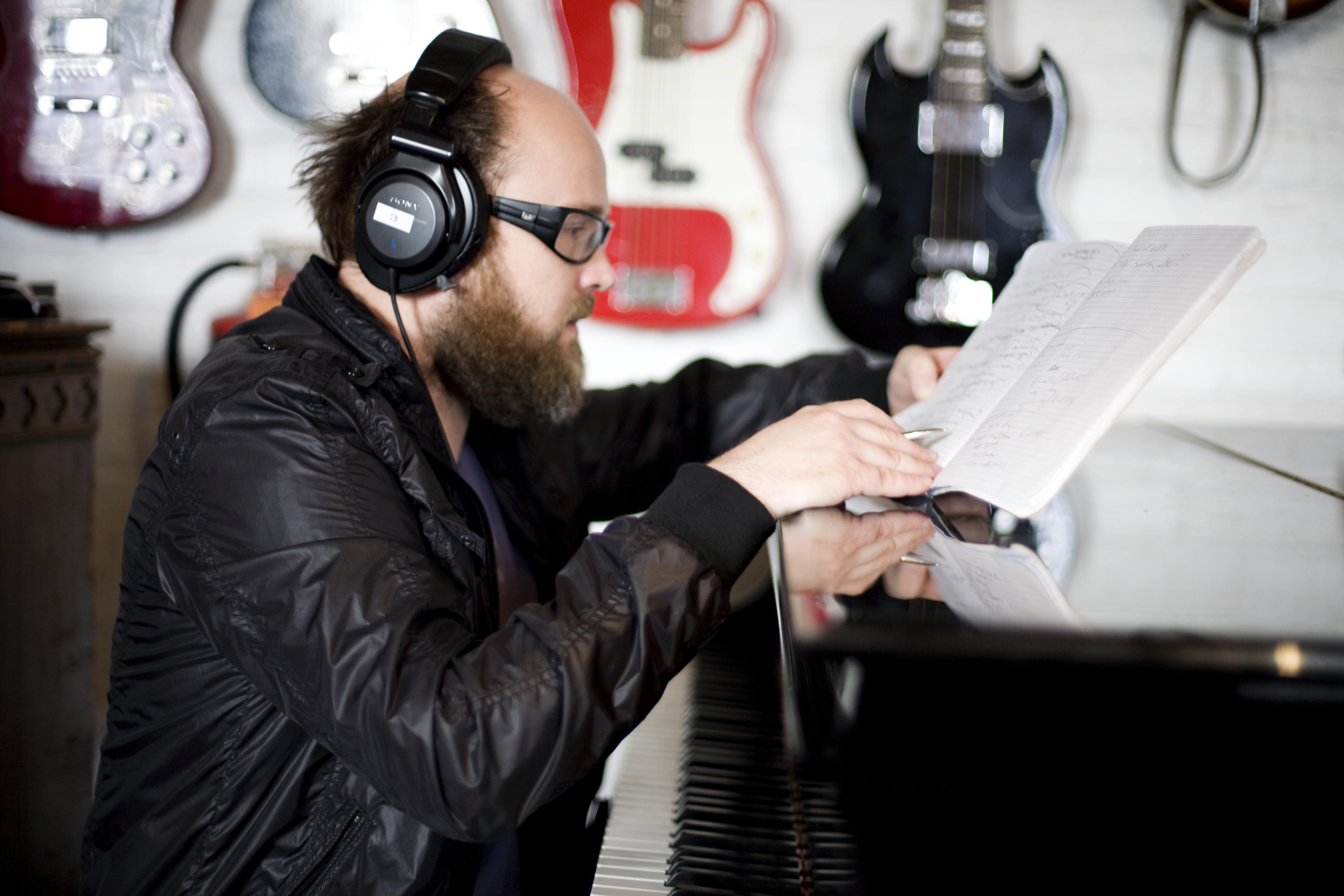 I often come up with theorems in dreams, or while swimming or walking," says Schneider. "I once thought of a heuristic proof of the Prime Number Theorem on a walk, when I saw spring flowers falling from a tree. Recently, I realized a way to write the partition function while swimming with my son. Often, I fall asleep thinking about mathematics, and I have abstract dreams all night, manipulating shapes and colors as formulas similar to synaesthesia. I wake up with a new idea or theorem, often things I would never have thought of otherwise. I think my best songs come to me in much the same way, by surprise, driving my car or in dreams.

Others in the mathematical field find long periods of exercise productive in a different way. One such is prolific author and speaker, Huffington Post blogger and MAA columnist Keith Devlin, Executive Director of the H-STAR Institute at Stanford University (aka NPR's Math Guy). 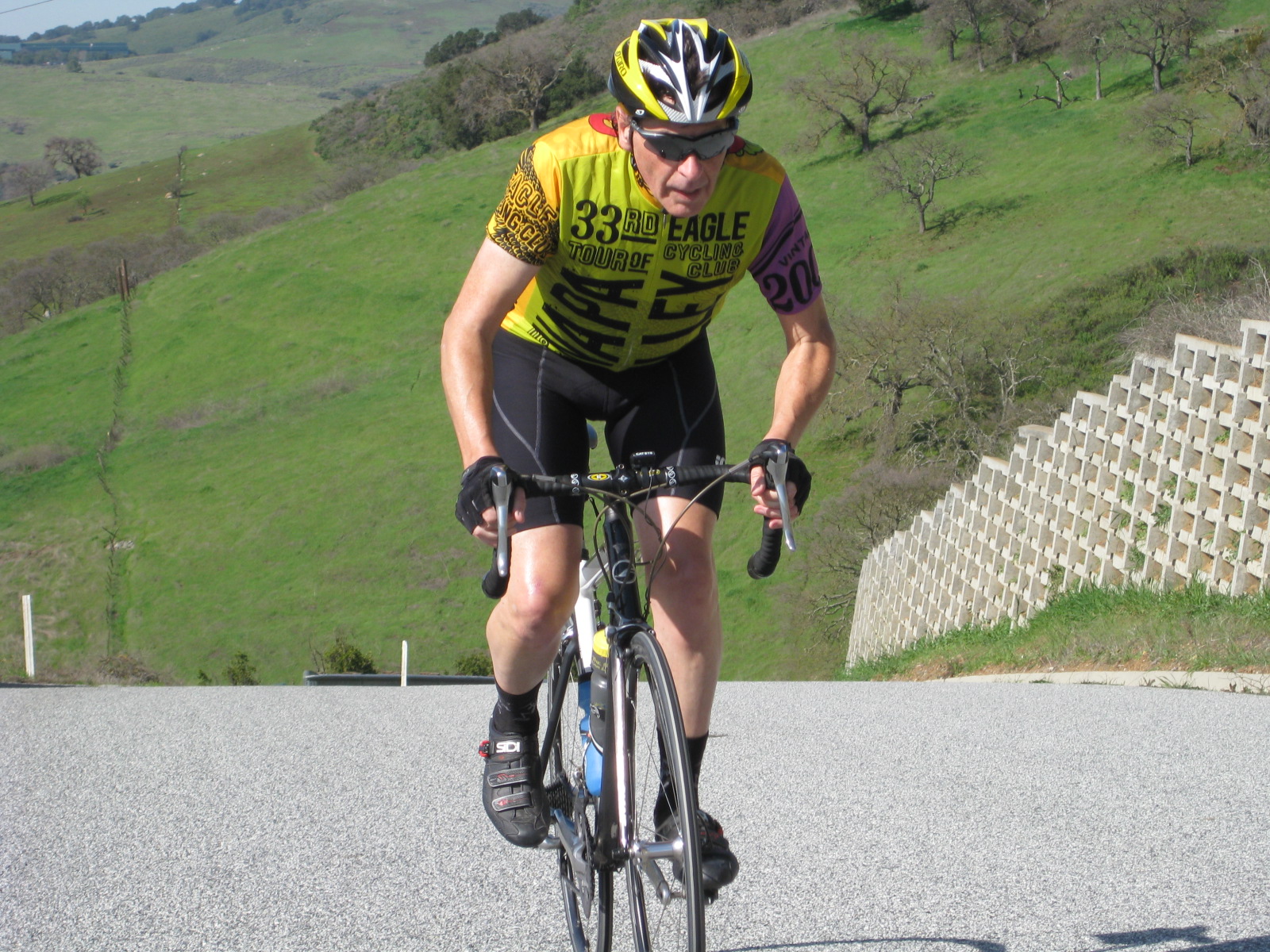 The ideas I have during my long weekend rides, typically of two to five hours, are exclusively of the exposition/writing/planning talks/grant proposals kind, including actual sentences I will use. It is always about material that has been actively churning around in my mind prior to the ride. My attention can be so focused that I can ride for hours and afterwards not have conscious memory of the ride itself.

I don't think I have ever solved a mathematical problem on a ride. True, at my age, I don't work on mathematics problems as much as in my younger days, and when I do I don't fire ideas at the same rate. But when I was younger I used to run long distances (ten miles every day and twenty miles or more at weekends), and the same was true then. But I did get good problem-solving idea shortly after a run and these days the same is true after a ride. So the exercise does seem relevant in both cases.

It's easy to come up with plausible pop psychological explanations of what's going on in the two cases, involving the release of natural opiates in the brain, but I'll leave that to others.