Sports have a universal language through which people can find a medium to express their affinity and communicate. No one is against sports, and athletes are respected around the world irrespective of their nationality or religion. Moreover, sports exchanges bring administrators, coaches, medical staff, trainers, athletes and diplomats together. They all have to work together to bring the best representation for their teams. It is a collective effort that cultivates cooperation, competition and even friendship. Sports exchanges break down barriers, cultivates shared interest and commonality, and eliminate the sense of "You are different" or "We are different."

Iran and the United States may have a political cold war between them, but Iranians and Americans share a strong affinity for sports, appreciate vigorous competition, and seem uninfluenced by political trends. Even at the height of tensions between Iran and the United States, teams from both countries engaged each other, demonstrating incredible and unprecedented collegiality. 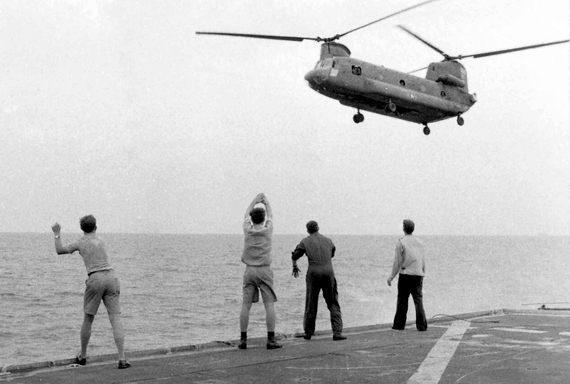 For example, U.S.-Iran wrestling federations participated in dozens of competitions in Iran and in the United States since 1998. In July 2008, the national basketball team of Iran held practice sessions in Salt Lake City with NBA players. In May 2013, Iran, Russia and United States held a historic wrestling event in New York's Grand Central Station. In March 2014, Iran participated in the wrestling World Cup competition in Los Angeles. In all of these visits, American athletes received star and warm treatment in Iran, and the Iranian teams visiting the United States were received warmly by Americans and the large Iranian-American community in the United States.

The best example of this cooperation was the USA Volleyball's invitation by the Iranian Volleyball Federation to participate in a series of friendship games in Los Angeles, Anaheim, San Diego, and Irvine in August 2014. Organizing four major games in four different cities required resources, time, coordination, and communication with several bodies and agencies, including with the U.S. Department of State for visa facilitation and arrival logistics for the visiting Iranian team. This volleyball diplomacy broke several major barriers between Iran and the United States.

This was the first visit of the Iranian volleyball team to the United States since 1979 revolution, but even more significant, the games were held in Los Angeles area, a location with a large number of anti-Iranian regime organizations and media organizations. In August 1984, the Iranian government boycotted the Summer Olympics in Los Angeles fearing defections of its athletes and negative publicity. In August 2014, the Iranian government correctly calculated that the benefits outweigh the dangers, and allowed the Iranian volleyball team to travel to Los Angeles. For the first time in its history, the Voice of America Persian Service broadcast all the games live into Iran. In another unprecedented development, the Los Angeles City Council issued Proclamations of Friendships for both Iranian and American volleyball teams. 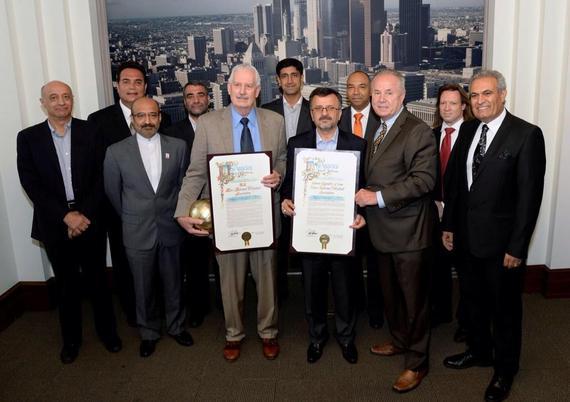 This is the same council that in February 2013 voted for stronger sanctions against Iran. In 2015, USA Volleyball will hold two world competition games in Tehran, and Iran will do the same in the United States.

The soft power of sport has clearly had a positive impact on US-Iran relations. With sport exchanges we can build lasting bridges with the Iranian people and strengthen people-to-people relations. Any first time American visitor to Iran sees the apparent paradox of how the government expresses anti-American views while a large majority of Iranians are pro-American and do not shy from expressing their positive feelings toward American visitors. 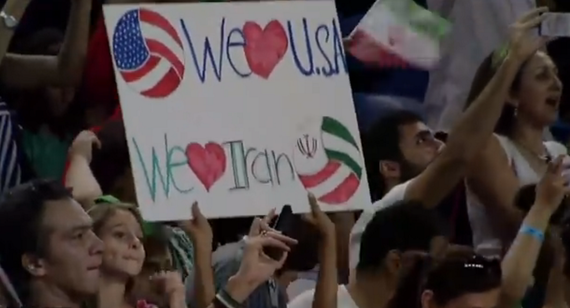 In the United States, however, most Americans have a negative image of Iran and cannot think of anything positive happening inside Iran. We need to inform Americans about positive changes taking place inside Iran, particularly in Iran's remarkably vibrant civil society.

Organizing more sporting events in the United States will help change this misleading perception. Since over 60 percent of the Iranian population is under 24 years old, sports exchanges with Iran should also include exchanges with youth clubs and teams. Just like the way visiting American teams in Iran become the only contact with the U.S. for Iranians inside Iran, visiting Iranian teams to the United States are a major contact point with Iran for the large American-Iranian community.

It would not easy to reverse 35 years of a Cold War, even if the world powers sign a nuclear accord with Iran. Although sports exchanges by themselves cannot resolve all of our problems with Iran, with sports diplomacy we can lay the foundation for a lasting relationship between Iran and the United States. As Nelson Mandela put it: