Hey, sports fan! Obviously, there are plenty of things you probably don't know about the less popular sports out there. For example, did you know that a curling rink in Halifax was used as a temporary morgue in the aftermath of the Titanic disaster? Understandable, not many people do.

But what about lesser-known facts of the more popular, widely covered sports? No matter how avid a fan you consider yourself, here are some facts you probably didn't know about the sports you watch every day.

They're not as large or impressive as the rings received by the players, but all referees who officiate the Super Bowl get a serious piece of bling to commemorate the day. 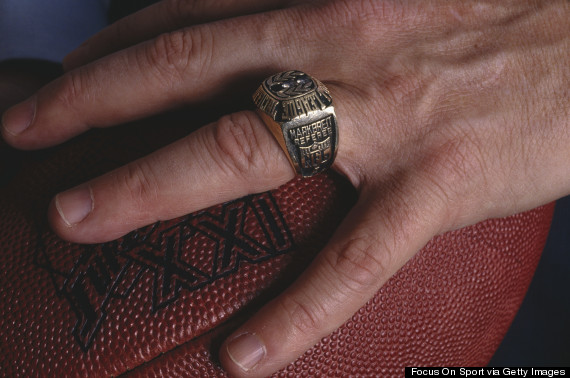 2. The volleyball comes from a basketball's bladder.

Or at least they once did. When he first devised the sport in 1895, William G. Morgan tried to use a basketball, but found it too heavy for what he had in mind. So instead he played with the basketball's inflatable rubber inside (similar to a bike wheel's inner tube), until a custom ball was created just for the sport by A.G. Spalding.

3. The Pittsburgh Pirates' almost built a new stadium in the middle of a river.

Okay, more like over a river. In a construction proposal by the NADCO Engineering Co. back in the '50s, the Pirates' new stadium would have sat directly over the Monongahela River. If built, the 70,000 seating capacity structure would have also contained 600 hotel rooms, 4,500 parking stalls and 100 air conditioned bowling lanes. 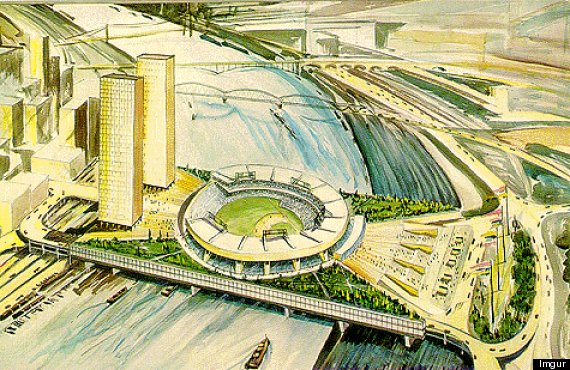 4. Despite running about three hours, actual playing time in a Major League Baseball game is under 18 minutes.

According to the Wall Street Journal's own calculations, the 17 minutes and 58 seconds of action includes "balls in play, runner advancement attempts on stolen bases, wild pitches, pitches (balls, strikes, fouls and balls hit into play), trotting batters (on home runs, walks and hit-by-pitches), pickoff throws and even one fake-pickoff throw." Take all those away, and the amount of time that is pure action on the field is about 5 minutes and 47 seconds.

5. Until 1936, the jump ball in basketball took place at center court after every single made basket.

And you thought baseball games dragged on. Basketball could have just been like this, over and over and over...

6. An incomplete forward pass in football used to earn teams a 15-yard penalty.

Not only that, but if the pass was incomplete and never touched, the defense then took possession of the ball. This was all early in the 20th century before professional football existed and college football was the bee's knees. Though many established coaches at the time regarded the forward pass as a rather wussy way to play, the lower levels of contact seen during passing plays may have saved lives. In 1905, there were 18 football fatalities between high school and college leagues.

7. The Philadelphia Eagles and the Pittsburgh Steelers once combined to form the Steagles.

Due to so many of their players serving in the military during World War II, the Eagles and Steelers combined in 1943 to form one team called the Steagles. And the next year, the Steelers joined with the Chicago Cardinals for the same reason. The Cardeelers? Car dealers? 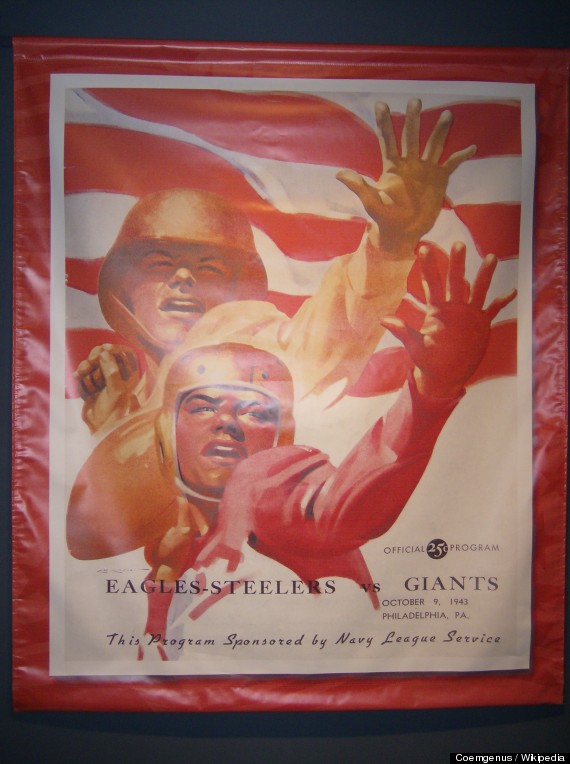 8. Olympic gold medals are actually made of silver.

The 1912 Olympic Games were the last to include gold medals actually made of solid gold. Currently, the gold medals are 93 percent silver and six percent copper, leaving about one percent (or six grams) for the highly prized gold finish.

In Japan, it is customary for golfers who've hit a hole-in-one to throw a celebration for their closest companions, though this can also be as simple as buying them all a celebratory gift. Nearly four million Japanese golfers carry golf insurance, paying a $65 premium every year for $3500 in coverage. So that's why your friends in Japan were celebrating your hole-in-one so emphatically. 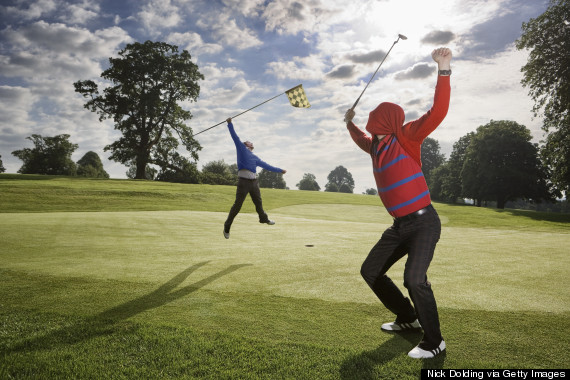 10. Former MLB catcher Harry Chiti was the first player ever to be traded for himself.

Chiti was originally traded from the Cleveland Indians to the New York Mets for a "player to be named later," but after fifteen terrible games with the Mets, Chiti became that player and was shipped back to Cleveland. 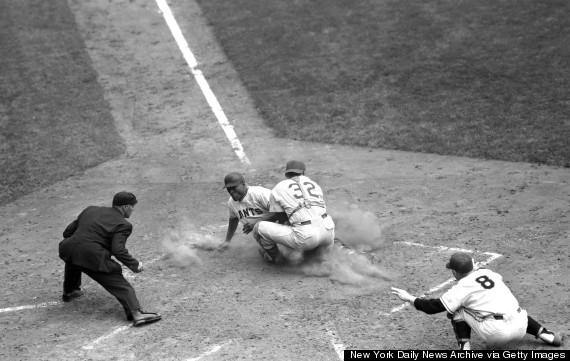 The Giants' Bill White slides in safely after Cub catcher Harry Chiti drops the ball for an error.

"Soccer" comes from the abbreviation for "association," or "assoc," as in Football Association. According to the Online Etymology Dictionary, it began as "socca," then morphed into "socker," and finally into "soccer."

12. Every ball used in Major League Baseball is dirty.

In order to take the slick factory sheen off and allow pitchers to get a better grip, Major League Baseball wipes down each baseball with mud from an undisclosed location on the Delaware River. And it's been done this way for close to 75 years now. 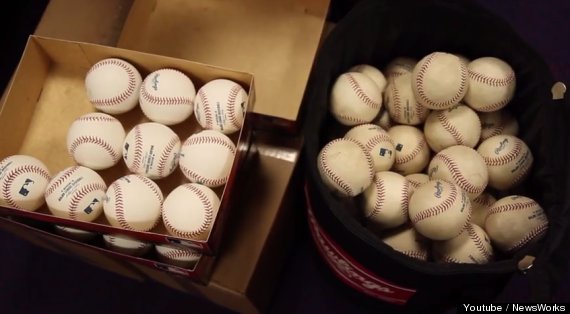 13. There has never been a documented perfect March Madness bracket.

Statistically speaking, you have a one in 9.2 quintillion chance of filling out a perfect bracket. One in 9,223,372,036,854,775,808 to be very, very exact. An autistic teenager from Illinois was perfect in his first two rounds in 2010 (a 1 in 13,460,000 feat), but alas did not go on to attain ultimate bracket perfection. And the incentive to do so got many, many dollars sweeter this year when billionaire Warren Buffet offered $1 billion (billion with a "b") to anyone who fills out a perfect March Madness bracket. So yeah, good luck with that.

Correction: An earlier version of this story misstated the percentage of copper used in Olympic gold medals.