The German swastikas painted below the fuselage on the plane represent the confirmed kills by American pilot Lt. R. H. Parker during World War II.

This year's Sports Illustrated Swimsuit collection includes at least one really arresting shot: a scantily clad model leaning against a World War II-era fighter plane adorned with multiple Nazi swastikas. The model, Genevieve Morton, is gazing down at the swastikas and appears to be stroking the plane.

According to Haaretz, the photograph didn't make it into the magazine, but can still be found on the Sports Illustrated website. SI has not yet responded to a request for comment. 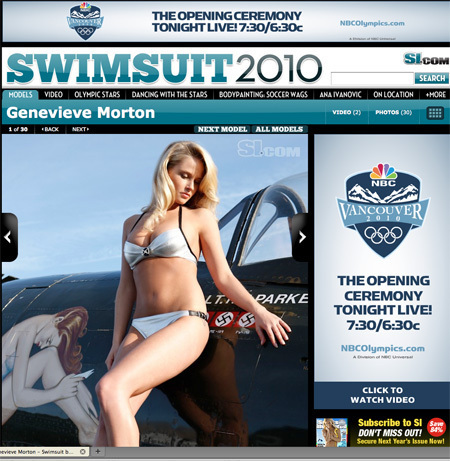