The Sports Illustrated Swimsuit Isssue 2015 cover has been unveiled, but we don't think anyone was more shocked than the magazine's newest cover girl, Hannah Davis. The 24-year-old model and girlfriend of former pro baseball player Derek Jeter shared her super sexy cover shot Wednesday on Instagram. Dressed in a black lace embellished bikini, Davis was photographed by Ben Watts on Tennessee's Blackberry Farm. The rustic scenery is a far departure from previous SI Swimsuit edition beachy backdrops, and a part of the reason she didn't think she landed the highly coveted cover. 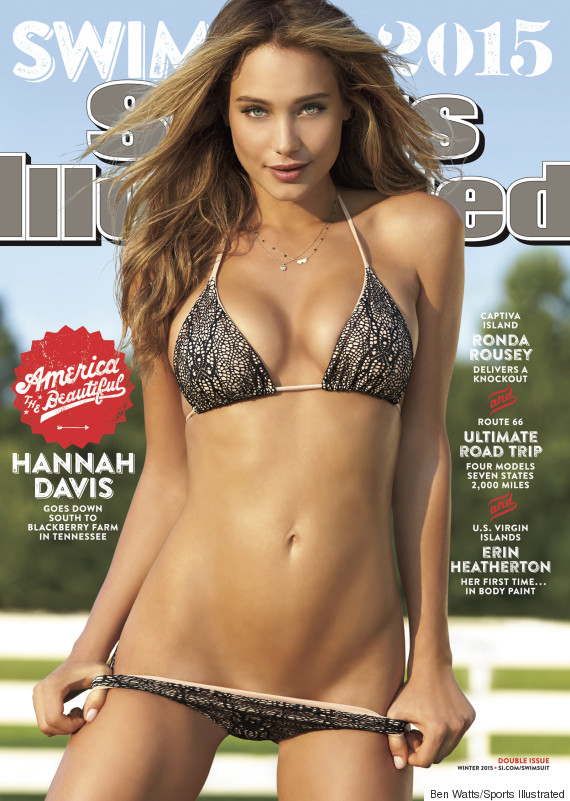 "I gave her a hug and the only words she could get out were, 'Are you sure?' Is it definitely printed already,'" said SI assistant managing editor MJ Day about the day the mag gave Davis the news. In a video on the Sports Illustrated site, you can see the young model in complete shock as she sees the cover for the first time during an appearance on SI Now.

While Davis is no rookie (this marks her third appearance in the magazine), landing the cover is an incredible honor that most models dream of. Last year's 50th anniversary issue featured Chrissy Teigen, Lily Aldridge and Nina Agdal as cover stars, who have all gone on to do big things. We're starting to get the feeling that we are going to be seeing a lot more of Davis in the coming months.

Check out the 2015 Sports Illustrated Swimsuit Issue online on Monday, Feb. 9 and in print on newsstands on Tuesday, Feb. 10. But in the meantime, you can watch the official cover reveal on Jimmy Fallon below.