Upton, a blonde Midwesterner, was a rumored favorite for the cover, which has a history of launching swimsuit models to stardom (Brooklyn Decker, anyone?).

The cover shot, which has been leaked today but will officially debut this evening on "The Late Show with David Letterman," shows Upton in a barely-there string bikini, doing our favorite "armpit pose."

It's a huge score for the Michigan native, previously the face of Guess Lingerie and a covergirl for Cosmopolitan Bride. Upton only made her Sports Illustrated debut in 2011, but was named Rookie of the Year. The 19-year-old was rumored to be the favorite for 2012, as Page Six previously reported, favored for her "blond, all-American looks" (a clear shift from last year's cover girl, Russian beauty Irina Shayk).

She also is rumored to be dating New York Jets quarterback Mark Sanchez, a nice coincidence given that this Swimsuit Issue will also feature athletes (in bodypaint, natch).

Lest you wait till tonight's Letterman episode to see Upton in all her swimsuit-clad glory, TMZ has rustled up a leaked photo. Check it out below and stay tuned for a clearer image... and the rest of the 2012 Swimsuit models!

UPDATE: Thanks to Luke Russert, we now know another fun fact about Ms. Upton: her uncle is Representative Fred Upton (R-Mich.), member of the U.S. House of Representatives since 1986. All-American, indeed! Her family must be proud. 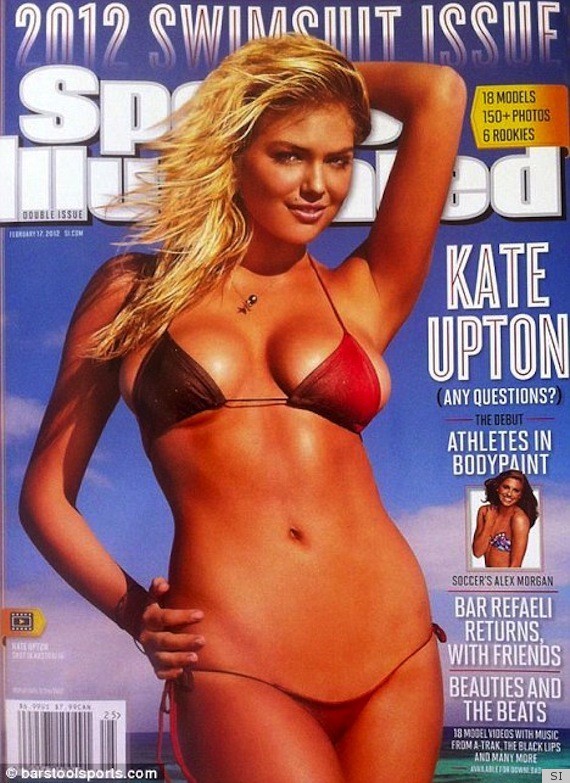