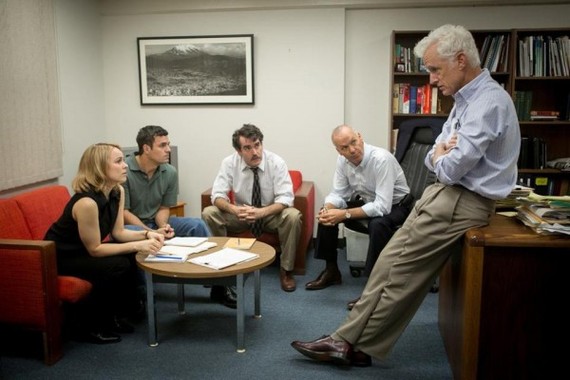 Michael Keaton's character, Walter "Robbie" Robinson, in the newly-released Spotlight, is seeking Boston Globe confirmation of the Archdiocese cover-up for 70 priests involved in child molestation. He passes the list to his longtime friend and attorney, "We all knew something was going on."

His friend kicks him out of his house and then follows Robbie into the street and asks him why he didn't do anything -- if he knew something was going on.

Robbie pauses and can only say, "I don't know."

Spotlight 's portrayal of the 2001 investigation by the Globe's Spotlight unit (Keaton, Mark Ruffalo, Rachel McAdams and Brian d'Arcy James) is an excellent snapshot of an entire city looking the other way. When a representative of a survivor's group brings his box of evidence to the Globe office and is asked, "Why now? Why hasn't this been a bigger story before?" he informs them that he had already sent the box years earlier. The collective head-hanging matches that after his earlier question, if they were Catholic (not practicing).

"I don't know" accurately sums up America's foggy morals as it addresses refugees, gun-violence and college sexual assault while struggling, perhaps, to re-grow its conscience.

Boxing the Moral Compass with Refugees

In the aftermath of the attacks in Paris, sheltering Syrian refugees became an even more controversial topic as states' governors moved to immediately block or delay their passage because of the dangers they might pose -- "since there is no way to verify they aren't terrorists." Yet many of these same states close down mental health facilities and reject background checks for U.S. citizens who are just as likely to open fire in a rock concert or bistro -- or movie theater or elementary school.

While Michael Moore, once again ashamed by his Michigan governor Rick Snyder, satirically offers up his own apartment (link) I am reminded of the 1933 German liner MS St. Louis carrying over 900 Jewish refugees denied entry to Cuba, then the U.S., then Canada. After its return to European ports, 25% of its passengers eventually died in Nazi death camps.

Brian d'Arcy James' character, reporter Matt Carroll, is working late at home, lost in the minutiae of church directories as the team seeks patterns in the Church's vocabulary for its relocation of abusive priests, such as "sick leave" only to discover that one haven for the pedophiles is right down his street. 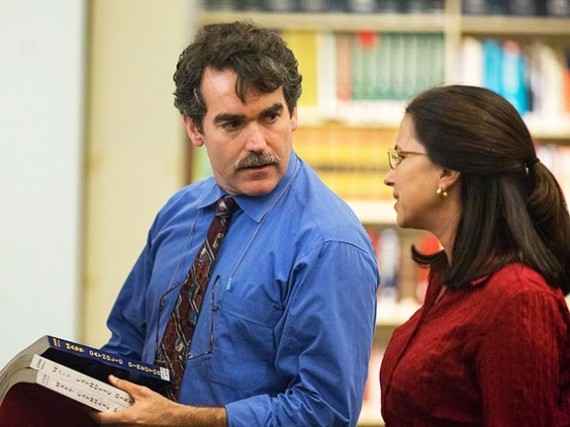 When he asks Robbie about warning his neighbors about the risk he is told "not yet." Mark Rufalo's Mike Rezendes screams at Robbie that to delay the release of the information is wrong -- essentially ignoring a danger that you know is there is just as criminal an act as the any from the perpetrators. And as Rezendes delivers the Globe's breaking first-edition to an under-whelmingly grateful attorney Mitchell Garabedian (Stanley Tucci), he discovers that two more young victims in the next office were abused just two weeks earlier -- similar to Oskar Schindler's breakdown regretting those he could not save. 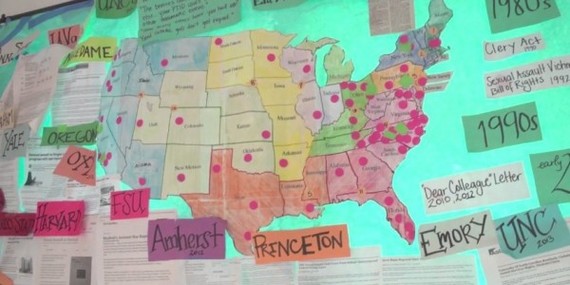 The film's director, Kirby Dick, and producer, Amy Ziering, challenged FSU to counter their facts in an open letter on their website (link), including a detailed timeline of the events involving Winston's alleged 2012 rape of Eric Kinsman:

You say there are distortions and glaring omissions, but you are not able to state a single fact error in our film. That is because there is none. Your assertion that the film did not mention Jameis Winston's Title IX investigation, or its outcome, is not true. Both are mentioned in the film.

Kinsman was forced to quit school due to threats she received from football fans and, as the film points out, immediate declarations of her guilt from ESPN's analysts who didn't bother to mention her going to the Tallahassee police immediately, not knowing who her assailant was for months, and the absolute failure of the University to follow its legal obligations. Rather than the alleged witch hunt against one school, the film features interviews with university security and student-services personnel sharing the same rationale heard throughout Spotlight--the organization is just too big; you can't fight it; don't even bother trying. 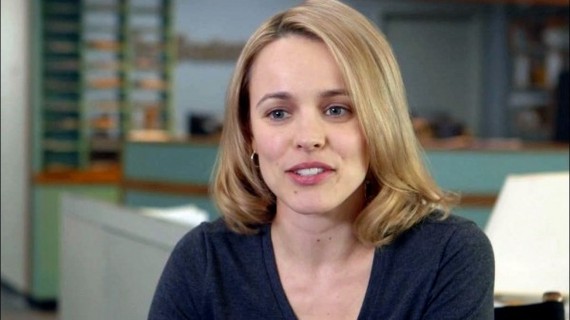 Rachel McAdams' reporter Sacha Pfeiffer stops going to church with her grandmother by the end of the film due to her discomfort; Rezendes watches a children's choir singing "Silent Night" with tears. I could barely stomach the NFL draft as Tampa Bay drafted Winston first overall -- as he chose not to attend the festivities in Chicago to "be with his family" -- more likely circling his wagons given the impact of The Hunting Ground. I cannot even see his fantasy stats roll by the bottom of a Lions game without some level of disgust.

But perhaps even a greater wall than the Roman Catholic Church and the university system may have just been breached. This week, MoveOn featured a video with current NRA members traveling to Washington D.C. to urge congress and the president to "...urge officials to pass gun safety legislation. They represented more than 32,000 gun-owning MoveOn members calling for common-sense measures to address the epidemic of gun violence."

Perhaps there is hope. I have met many gun-owners who do not appreciate the NRA's stance, nor the blanket statements made about anyone in possession of a firearm. I also firmly believe that the positive strides begun by Pope Francis can turn the tide of public disgust against the crimes of the church's priests and its leadership.

As the credits begin to run for Spotlight you are presented with hundreds of cities, states and nations affected by the Church's denial. But as Robbie points out -- everyone knew something was going on.

Both The Hunting Ground and Spotlight are heavy favorites for this year's Oscars, but perhaps the real reward for these filmmakers will be our awareness and willingness to do the hard thing -- and address something that everyone knows is going on.