Photographer Derrick Santini boasts an impressive repertoire that includes the likes of Lady Gaga, Jay Z and Iggy Pop. This year saw him nominated for the Young Master's Art Prize in London thanks to his highly acclaimed exhibition, Metamorphosis, and his work is exhibited all over the world.

So far, not a bad career considering it was forged from what his father claimed was not "a proper job".

Although he is now based in East London, Santini grew up in Scarborough, North Yorkshire, discovering his penchant for photography during his teens. Picking up his Mum's old Agfa camera "back in the day", Santini says he started out passively taking photos from afar:

"The early years were all just observing, I was very much a silent observer, quite voyeuristic really." 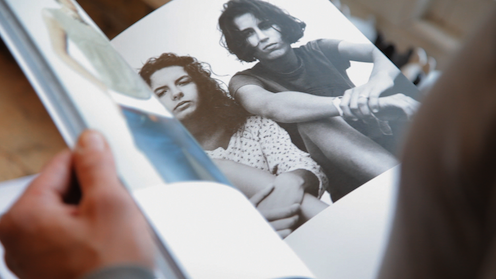 Over the years, as the Agfa made way for newer upgrades, Santini's methods evolved. It's now his personable approach to photography, whatever the genre, that he attributes to his success.

"I think the thing with portraiture, or anything really, is being able to get a rapport with the sitter, whether it's someone really famous or someone on the street, it doesn't really matter." 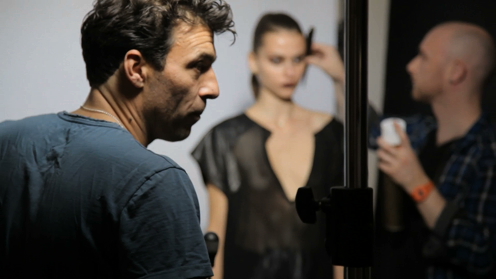 Santini's last exhibition, 'Metamorphosis', consisted of two separate bodies of work, each telling their own story. 'Goddess of Love' tells the story of Leda and the Swan, a subject touched on by artists such as Da Vinci and Michaelangelo, hence one of the reasons why it was recognized for the Young Master's Prize. 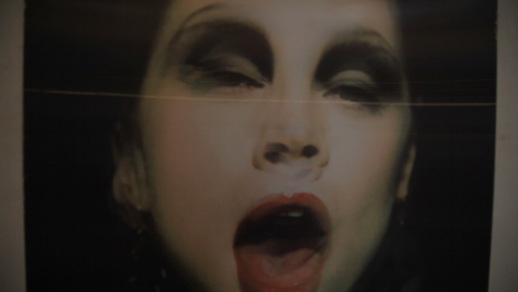 In these works Santini explores the boundaries of the still image through the lenticular process. Creating a hologram effect - when the viewer passes by, the photo comes to life:

"It's not a still, it's not a film, it's this magic little world in between."

Crane.tv App now available for iPhone and iPad devices from the Apple Store