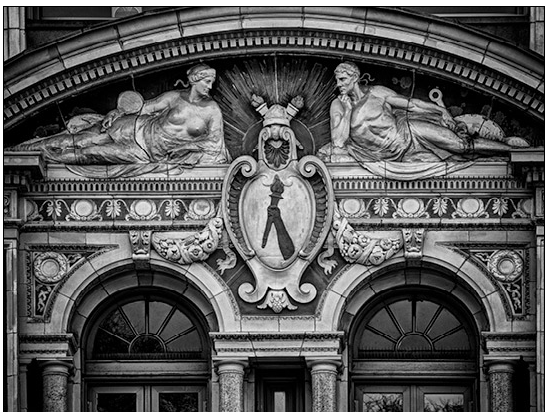 Nothing defines a city better or more powerfully than the people who live and interact within it. The simple acts of residents going about their daily lives give a city its flavor, its personality, its appeal, its uniqueness. This couldn't be any truer for New York City. Shaped by the diverse ethnicities and cultures of the individuals who inhabit its distinctive neighborhoods, New York conveys a unique sense of self. 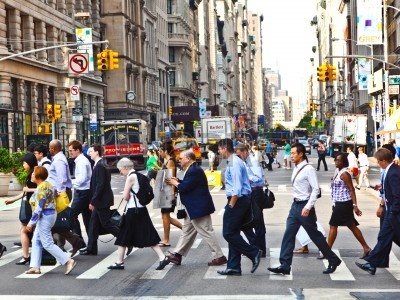 But what really defines a New Yorker? Over the years, I laughed when, in the course of conversation, people would ask me where I was from, and I'd tell them, "I'm from New York"... and then there'd be that pause. "Wow!" they'd exclaim, "a real New Yorker! But you're so nice!" 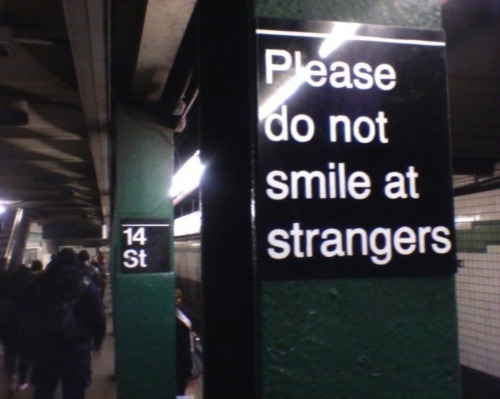 Let me set the record straight: New Yorkers are, by and large, nice people. I'm talking about true New Yorkers. In my opinion, a true New Yorker, whether a recent transplant or one who was born and bred here, is most often someone I'd describe as alluring, dynamic, elegant, smart, and sophisticated...but also kind, compassionate, and thoughtful. More important, a real New Yorker is one who understands the meaning and importance of community and of giving back. We New Yorkers are defined by the selflessness with which we give of our time in order to help out when help is needed. Try asking a New Yorker which way is west, or, better, how to find the nearest public bathroom, and you'll see what I mean. We love dispensing advice, especially about our beloved hometown.

Why is this so? New Yorkers, at least those of us who choose to live here, are for the most part people people. We have to be. By the same token, we're also diversity people...because New York is a mash-up of so many cultures coming together and living side-by-side, we're almost addicted to the richness of experience that diversity brings.

I don't have to look far to find fine examples of true New Yorkers. Take my family, for example. My father's paternal side of the family consisted of hard-working Jews who fled famine and persecution, migrating from Russia and Poland via Austria and Germany and settling in the Bronx in the 1850s. I'm not quite certain where my father's mother's side of the family came from but I know they first settled in Chicago around the same time and then moved to New York City in the 1890s. As a little kid, I remember my grandma sharing vivid stories with me about her life as a young girl on the Lower East Side, and of the hardships she encountered working long hours alongside her parents at their shop in the Fulton Fish Market. 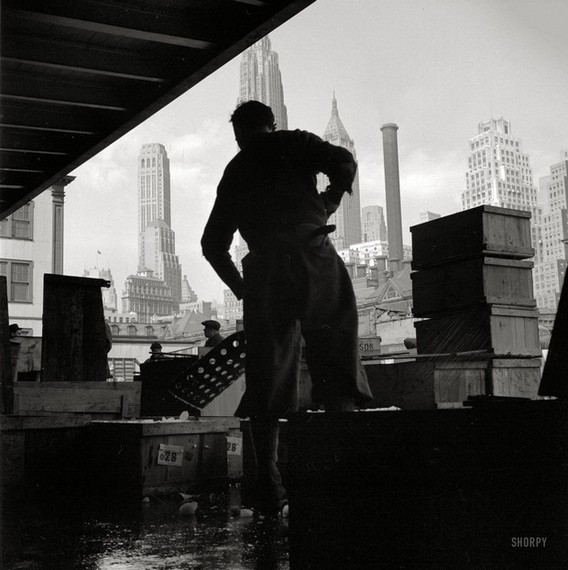 My mom's side of the family came to New York under very different circumstances. Her great grandfather on her mother's side was a well-known writer and poet in the Dominican Republic, back in the mid 1800s; her father's father was a successful businessman in the late 1800s, frequently traveling to New York to manage his import-export business. In one of my half-hearted attempts at tracing my genealogical roots, I was amused to see that my great grandfather's name appeared multiple times on the Ellis Island customs ship manifests, and that he sometimes brought my grandfather, as a little boy, along on his excursions during the early part of the twentieth century. It was my grandfather who would later continue in his father's footsteps into the import-export business and end up living both in the Dominican Republic and New York City. Although affluent--and probably because of his considerable wealth--my mom's dad was not immune to the political persecution of a ruthless dictatorship during Santo Domingo's 1930s, '40s, and '50s. Afraid for his family's safety, he finally decided to go into self-imposed exile in 1939 to raise his family in New York. 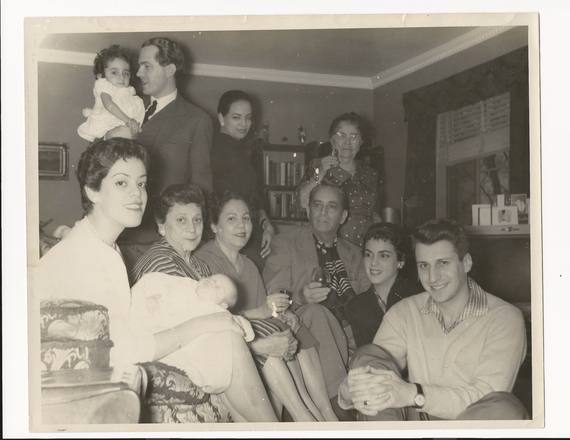 I like to think that only a city like New York could bring together members of two such families, despite their very different ethnic, religious, and financial backgrounds. Nonetheless, I can assure you that each of these families was as New York as you can get. My dad grew up with baseball. He loved the Mets almost as much as he loved the Yankees. On more than one occasion, he told me of his childhood fantasy of playing in the major leagues. Like the good Long Island boys they were, my grandfather Murray and my uncle Al never strayed far from home--except for when each served honorably in both World Wars. Murray went on to sell schmata's in the Garment District while Al followed his passion for technology, developing several computer languages. As for mom, she was the consummate art aficionado. During her teenage years, she would skip out of her extracurricular classes at the Art Student's League and sneak into Carnegie Hall to listen to performers rehearse. She was undeniably her father's daughter. Abuelo--Spanish for grandfather--was a charismatic man whose world was centered around the arts, culture, and finance, and who could play as hard as he worked. He was just as much at home at the Stork Club, the Latin Quarter, and the 21 Club as he was on Wall Street. 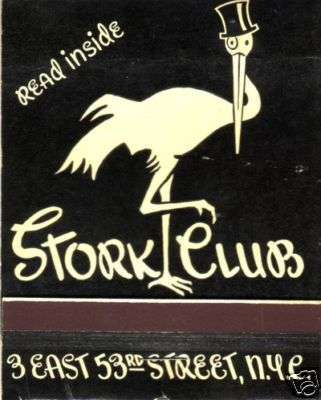 But the real common denominator between these two families was love for family and community. Like so many New Yorkers, all four of my grandparents had a sense of social responsibility and civic duty, which they instilled in both of my parents. Whether it was grandma working with the WAVES; Abuela helping the poor in soup kitchens or taking in political refugees from the Dominican Republic; my dad, as a young man in the 1950s, rescuing a woman from her burning car on the Hempstead Turnpike; or my mom--who would later become a diplomat--launching her career by working at Population Council; these were all people of substance and people who, to this day, I strive to emulate. And they were, I know, just a small sampling of the countless New Yorkers who selflessly strive to make their families, their homes, their neighborhoods a better place. 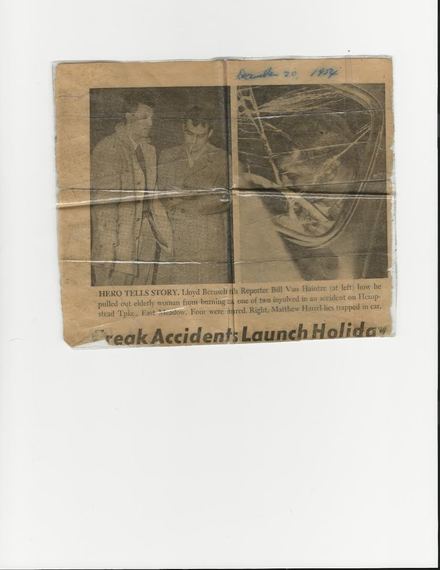 The misconception that we New Yorkers are, by and large, rude, unfriendly, selfish, impatient, and whatever other less printable adjectives you've come across is simply untrue. Perhaps, in part due to the density of our population, we strive to be an efficient people, to be as direct and concise as possible, so as to optimize our time and energy. This is too, as I see it, the result of our leading hurried, sometimes overcommitted lives, and it's why we sometimes prefer to keep to ourselves. Yes, occasionally we might snap at you--but there's probably good reason. Those of us who work outside our homes are barraged by what I call "external forces" from the moment we walk out the door. 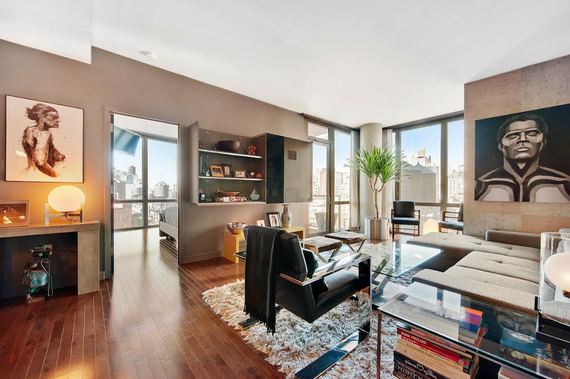 (My partner's and my sanctuary in the City, a respite from the cacophony outside)

Trying to hail a cab is a science unto itself. The subways are packed during rush hour and sweltering during the summer months to boot. There's the endless cacophony of cars, trucks, and sirens, the zooming bicycle messengers and sidewalk-hogging pedestrians constantly weaving in and out of our path. For those of us who work in this environment, there's an unspoken understanding of mutual cooperation to get things done. This speaks to the pride invested in one's work. Relating to my own work experience; much like worker ants (whose reliance on one another is quite simply remarkable), we who immerse ourselves in the endless multi-tasking frenzies of magazine deadlines--accommodating any number of clients in six or seven different time zones--we consider ourselves stewards of excellence in our field. We understand the importance of teamwork. We just simply work hard and strive for that distinction! Case in point: the newly released December 2014 issue of elevate--a magazine premiere that I, as Senior Editor, along with my team, was instrumental in putting together for Douglas Elliman within a five week deadline!" (Alan Cumming cover delivered by yours truly) 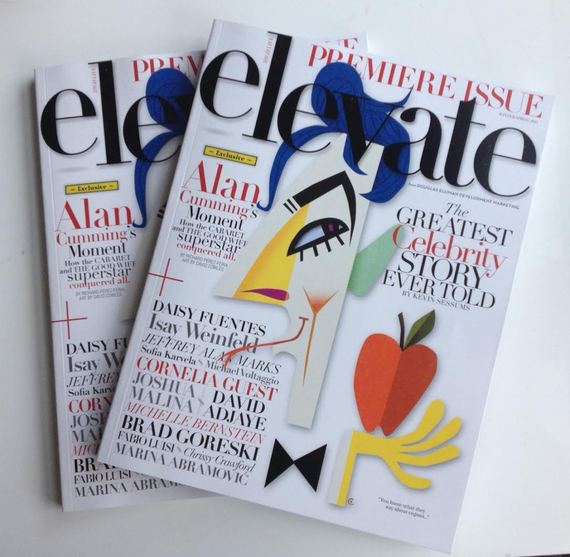 Indisputably, I'm in what some would consider a unique position: becoming a somewhat integral part of the the City's ever-shifting social structure. My continued exposure to my City has given me the opportunity to have some extraordinary experiences and meet some inspirational people. It's also allowed me to just be in the company of some fun, insightful (and yes, endearing) individuals. For example, as random as the case may be, what other city in the world would make it possible to bring together two people from very different worlds as would be the case of Kim Kardashian and myself? Another case in point, here: Me, having a blast, as I'm bustin' a move with Kim Kardashian...on stage at Madison Square Garden in front of some 30,000 people. What are the odds? #BreakTheInternet, indeed! 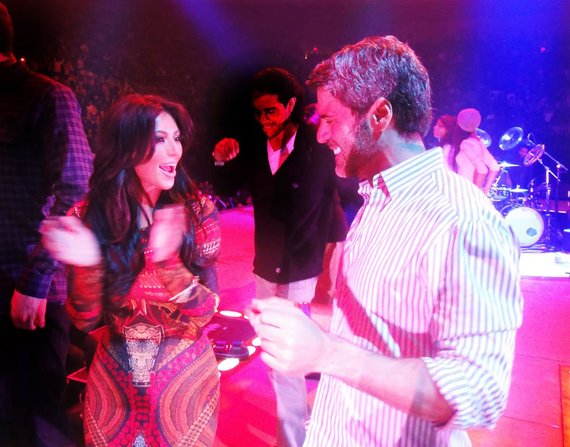 But before the haters start barraging me for sharing my "Kardashian" moment (and by the way, she is truly a very lovely woman not to mention a marketing genius), the point I'm driving home is that this is what New York is about. New York City is a catalytic vortex that gives everyone and anyone, AND I MEAN ANYONE, who sets their mind to it, the opportunity to fulfill or accomplish whatever is their heart's desire. For those us who deal with the public, as waiters, salespeople, taxi drivers (and yes, I've been most of those things too), we're constantly navigating the challenges that come along with all those people and all that wonderful diversity: the language barriers and varying cultural norms, the egos, moods, and personality types, and yes...the rudeness and impatience that can sometimes result from the confluence of so many external stimuli...

I reiterate that New Yorkers gladly (OK, sometimes begrudgingly) accept these daily challenges because there is that flip side to it all: In New York, you can get the best of everything there is. It's as if the entire world has been curated for you and delivered to your front door tied up with a rainbow-hued bow. There are gorgeous parks and gardens for sports and recreation. There are countless museums, shops, and restaurants. There's Madison Square Garden, Broadway, the Metropolitan Opera House... 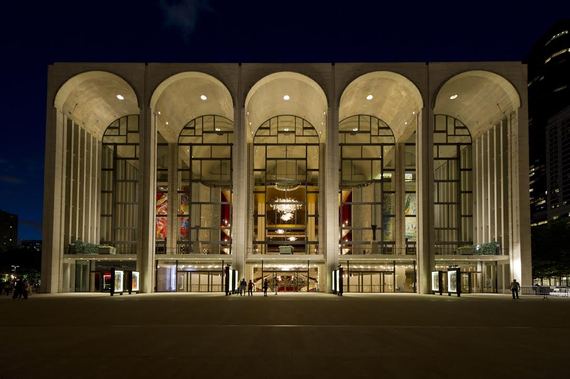 ...there are galleries and clubs and hidden gems of all sorts...And, well, you get the point: New York is a one-of-a-kind mecca in which to satisfy all the senses, twenty-four hours a day, seven days a week.

I guess what I'm saying is that there's a lot to what makes New York the vibrant, cool and exciting city that it is, and that it has a lot to do with the inextricable link between the city and its people. Opportunities abound if you just know how to spot them. If you're a person who wants or knows how to take advantage of all that this city has to offer; if you've got a well-defined, conscious sense of self and a curious mind seeking to explore all that is new, exciting, and enriching; if you're willing to be part of your community and strive to make it better (and know where all the public bathrooms are)...then you, my friend, are a true New Yorker.