Here's a brain teaser: What do economics and your marriage have to do with each other (beyond figuring out where all your money goes every month)? The answer: A lot. At its core, economics is the study of how people, companies, and societies allocate scarce resources. Which happens to be the same puzzle you and your spouse are perpetually trying to solve: how to spend your limited time, energy, money, and libido in ways that keep your marriage thriving.

In "Spousonomics: Using Economics To Master Love, Marriage, And Dirty Dishes", we apply economic principles to resolving common conflicts in marriage. Did you pack on some pounds right after saying "I do"? That's moral hazard at work. Do you bicker endlessly over who packs the dishwasher better? You're figuring out your comparative advantage. And how about the marital bedsprings? Still bouncing? If not, it's time to refresh your memory about sex and the laws of supply and demand.

Here are 8 tips to manage the microeconomy of your marriage and make it a little
more robust.

The 'Spousonomics' Guide To A More Blissful Marriage (PHOTOS) 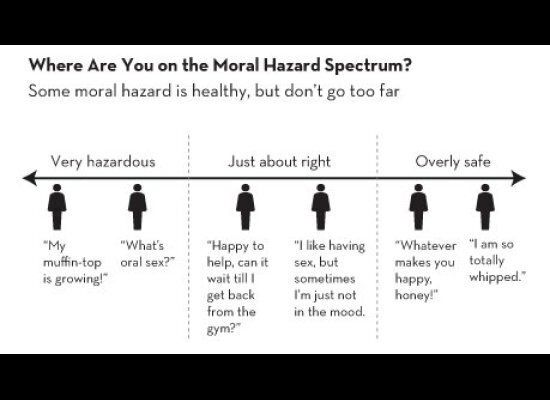 1 / 8
Go to the Gym
Probably not the first thing you feel like doing, but you know what's really not romantic? Using marriage as an excuse to get lazy. Recent studies show that <a href="http://www.psychologytoday.com/blog/living-single/201101/men-women-single-married-who-really-exercises-more" target="_hplink">married people exercise less than singles do</a>, and <a href="http://www.spousonomics.com/survey-results" target="_hplink">in our own survey</a>, 56% of married people said they'd put on weight since the big day. We slack off in other ways, too: 46% said they were less affectionate with their spouses, and 54% said they wish they were having more sex--yet they don't seem to be doing anything about it. Thinking like an economist, <a href="http://www.spousonomics.com/1533/2011/01/katy-perry-keeps-it-hot/" target="_hplink">marriage is a moral hazard</a>, a situation that encourages people to behave irresponsibly because they know they can get away with it.