With the recent measles outbreak in Disneyland being linked to largely unvaccinated districts in Southern California, it is apparent that we are in the midst of a time when misinformation is running rampant. Although anti-science sentiment has historically been found in highly religious and deeply conservative rural areas, these anti-vaxxers reside predominantly in affluent liberal communities like Marin County.

Additionally (and disappointingly), similar anti-science rhetoric is coming from prominent left-wing figures like liberal talk show host Bill Maher. As a liberal myself -- and especially as a scientist -- I find the present situation to be particularly disturbing.

There is indeed a real problem, but problems have solutions. And the first step to solving problems is to identify and understand them. With that in mind, below is a list of five reasons why some liberals are just as bad, or at least almost, as creationism-believing conservatives when it comes to spreading pseudoscience. 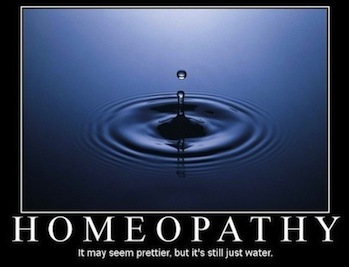 Walk into a Whole Foods grocery store -- which can be found in just about any over-privileged, predominantly white neighborhood -- and you're bound to find two things: overenthusiastic liberal extremists and homeopathic remedies for everything from the flu to cancer. Yes, I said the 'C' word, and yes, that should scare you.

These products do more than just steal people's money. They often put them in real danger by suggesting that proven medical treatment might not be necessary, even in dire situations. In fact, many experts believe Steve Jobs could've better fought or even defeated cancer had he not spent a year testing out herbal remedies before choosing to undergo surgery, a decision he himself later regretted.

This is a billion dollar industry that profits exclusively from a widespread lack of science education -- in particular a basic knowledge of physiology, health and medicine. Countless studies in peer-reviewed journals have shown these homeopathic quick fixes to work no better than placebos. Remember folks, being open-minded doesn't entail giving fair attention to frauds and their scams, even if they are dressed like the harmless hippies we know and love. 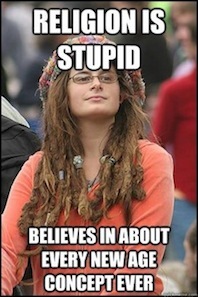 It is well known that new age-y, crystal-worshipping, astrology-believing loonies are almost always diehard liberals. What is it that these people actually believe anyway?

One popular idea is that each of us gives off certain positive or negative "energies" that can influence others nearby, as well as important events. Unsurprisingly, there is not one shred of scientific evidence that suggests any such mysterious energies exist.

Another common conviction is that we are all capable of "channeling" information from outside entities (spirits, aliens, the elements, etc.) during deep states of trance.

And to really confuse matters, new agers attempt to explain all of these magical occurrences using pseudoscientific jargon they've invented, which for some reason always references quantum physics. While the phenomena observed in quantum mechanical experiments definitely have very peculiar aspects, these certainly have nothing to do with supernatural healing or reaching your full potential.

It may not be obvious, but these quasi-religious beliefs from some on the left hurt the entire party. Progressives need to be able to stand up and harshly criticize Republicans for their anti-evolution stance, but how can they do so when a portion of them believe in myths and fantasies that are just as ridiculous? Shape up liberal kooks. Don't let new age mumbo jumbo destroy the whole group's credibility. You do not have a "vibration", because that means nothing. 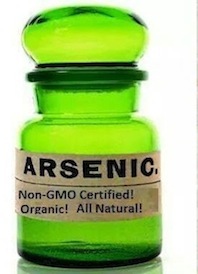 For 20 years scientists have genetically modified foods (e.g., corn, soybean) to be more resistant to things like disease and insects, while richer in nutrients and healthier overall. Essentially, their genetic tweaks are creating superhero plants, which regrettably look more like scary mutants in the eyes of the fearful.

But this time the fearful predominantly consists of liberals rather than Fox News-obsessed conservatives. These people hold the belief that any gene-tinkerings will produce Franken-foods capable of causing illnesses and tumors. With only homeopathic remedies at their disposal, they have good reason to be extra paranoid of such things.

The liberal-driven anti-GMO movement is proof that poor decision-making rooted in irrational fear is not behavior restricted to those on the right. Despite overwhelming scientific evidence that genetically-altered foods are as safe as any, some ultra-environmentalist types want to see the GMO industry burn to the ground, quite literally. This is a great misfortune considering all the good that GM crops and their high yields could do for some very important liberal causes, like the global fight against hunger. You would think that those in support of greater spending on education would do a little bit more to educate themselves. 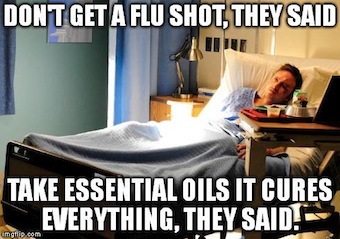 Out of all the anti-science movements being driven predominantly by liberals, none is more dangerous than that which claims vaccinations are harmful or unnecessary. Empirical evidence shows that each year vaccines prevent millions of illnesses and save hundreds of thousands of lives. This is supported by the fact that the recent slew of vaccine-preventable illness outbreaks all occurred specifically in those areas where people refused vaccinations.

So why then are prominent left-leaning celebrities choosing to take the kind of stance usually reserved for far-right conspiracy theorists?

It's not just airheads like Jenny McCarthy either. Joining the crazies are some very seemingly rational people, like comedic liberal talk show host Bill Maher and actor Jim Carrey. Baffling, I know. An even less likely anti-vaxxer is Mayim Bialik from The Big Bang Theory (or Blossom to you '80s babies), who not only plays a scientist on TV but also holds a Ph.D. in neuroscience in real life! These people surely aren't dumb, so what's going on here?

Essentially what is happening is that well-educated people think that because they hold a higher degree and have done a week's worth of Google-ing, they know more than the bright minds who've dedicated their lives to understanding this very specific area of research.

To those people, look, I get it. The truth is that we as scientists don't know everything. Fear is a reasonable first instinct when one is told that vaccines actually work by giving you a weakened version of the same virus it's trying to prevent. But when the stakes are so high, you have to go with the side that science is on. Without having some additional knowledge inaccessible to the guys in lab coats, you can bet that the best conclusions come from the most informed. Science is unique in that it has no hidden agenda and is self-correcting. So when you haven't really done your research but think you know something that the experts don't, you can assume that your beliefs are motivated by hubris rather than the facts. 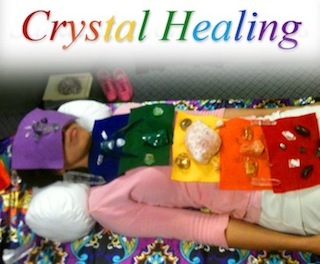 Some popular alternative therapies within certain liberal communities include energy medicine, aromatherapy, Chinese acupuncture, and crystal healing. Hopefully I need not explain to the reader exactly why mystical energies, scents, tiny needles, or neat-looking crystals all fail to cure the sick.

As freakin' hilarious as all of it sounds, it is no laughing matter. These rituals present the same grave danger as homeopathy, since individuals undergoing alternative therapies may avoid seeking out real medical help.

Don't get me wrong about mind-body oriented practices. A little yoga and meditation can work wonders for ailments like chronic stress and even high blood pressure. But stretching and breathing techniques used to calm oneself are entirely different than putting a crystal under your pillow and expecting an ear infection to disappear overnight.

It's ironic that these liberals scoff at the sheer absurdity of Christian faith healing when some of them hold beliefs in supernatural cures that are even more "out there."

So there you have it. It seems that ignorance has no party affiliation, and that widespread gullibility is a serious problem in this country that must be addressed. Although the anti-science rhetoric coming from the right is ultimately a more destructive brand, the left's is similarly counterproductive. For a country so seemingly advanced and progressive, we are still in the dark ages in a lot of respects.

It is tempting to think that all our problems could be solved by taking politicians on both sides out of the decision-making chairs and replacing them with scientists. Oh how fair and efficient the world would be if governing were based on reason and measurement. But it must also be guided by humanity and compassion, which requires all of society's input. So although we needn't all be scientists, we should each be empiricists.

Finally, it is important to note that science is not incompatible with spirituality. In fact, science can serve as a deeply inspirational source of the spiritual. But when beliefs contradict what is observed in reality, they must be discarded and supplanted with new, better explanations. When we are all able to come together under science and rationality, only then will we see real bipartisan progress.