Deep beneath southern Illinois, scientists have discovered the fossilized remains of a 307 million-year-old forest that could "shed new light" on modern climate change, reported The New York Times.

Located between 250 and 800 feet underground, the forest is buried within the coal seams of a region that has seen a resurgence in mining in recent years. The find has been called the "largest fossil forest ever discovered," by Paleontologist Dr Howard Falcon-Lang, reports Sky News.

The New York Times explains that, within the coal mines, the forest can only be viewed from above. The forest once grew on peat, which became coal. "When that was excavated, the forest’s fossilized remains could be seen in the mine’s shale ceiling."

William A. DiMichele, a Smithsonian Institution paleobiologist who helped discover the forest, told the paper, “It's a botanical Pompeii, buried in a geological instant." DiMichele and the other researchers believe that the variety of plant species and the "ancient geography" found within the coal mines will allow them to "undertake ecosystem-wide analyses" and better understand the impacts of climate change as a result of rising CO2 levels.

Several years ago, DiMichele, Falcon-Lang and others discovered a similar fossil forest in eastern Illinois coal. Noting that "plant fossils are not uncommon in Illinois coal mines," the Illinois State Geological Survey explains that the earlier Herrin coal seam find stood out for its numerous fossils and "excellent preservation."

The ancient forests in Illinois aren't the only recent discoveries within coal mines. Earlier this year, a 298-million-year-old forest was found beneath a mine in northern China. Unlike the fossilized Illinois discovery, the Chinese peat forest was preserved by ash from a volcanic eruption.

In February 2011, a coal miner found a fossilized shark jawbone within a mine in central Kentucky. The fossil is now on display at the University of Kentucky. 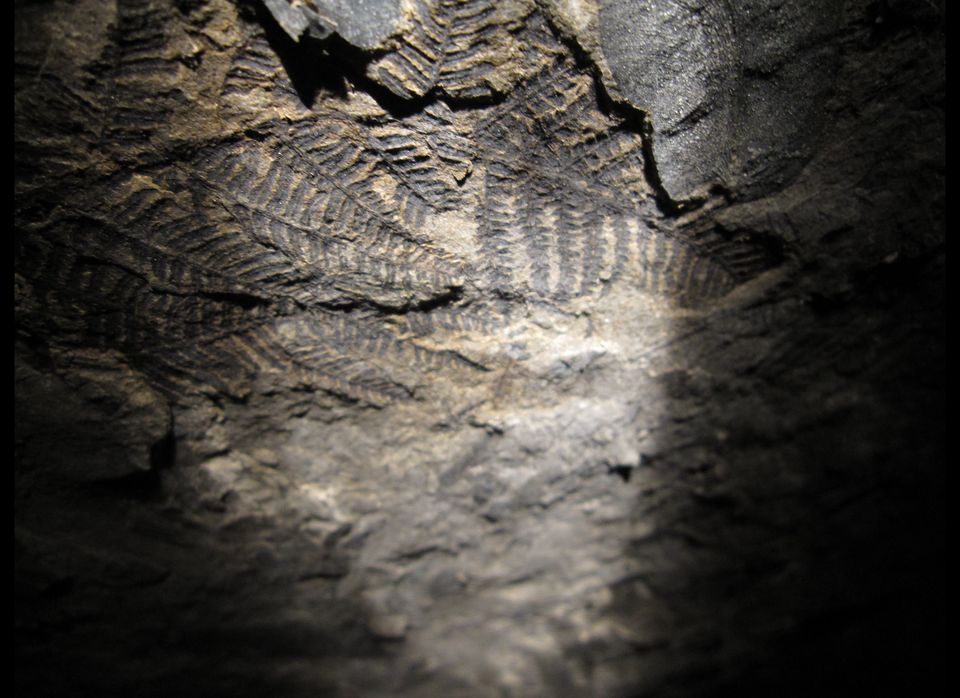