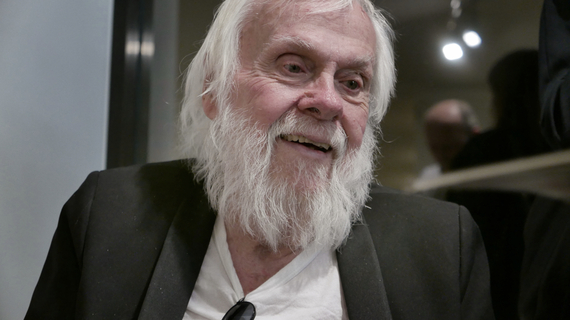 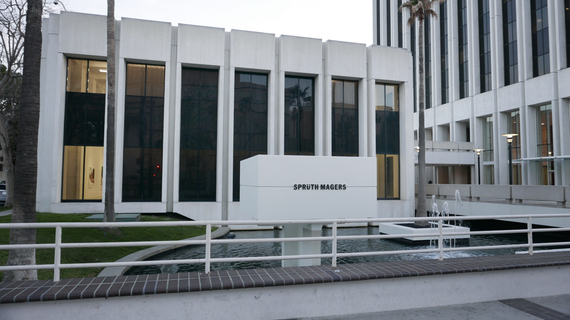 Since the 1970's, Angelenos would be seen on their knees under the cover of darkness, praying to their Maker to construct a truly sophisticated city. Their fervent cries were heard by the angels above (much like the cries of the Berliners in Wim Wenders' 1987 Franco-German romantic comedy, "Wings of Desire"). However, the city of angels was cursed with earthquakes, John Hughes films,  Laker Championships, pornography, race wars, and  double murder-homicides that made international news. The films that defined our beloved city during the MTV and VCR boom were "Die Hard," "Point Break," "Lethal Weapon," "Grand Canyon" and "Crash." Despite filmmakers like Lawrence Kasden, Robert Altman, David Lynch and Paul Thomas Anderson, who tried to make their topical LA films sophisticated and magical, we were misrepresented by Steve Martin films, "Melrose Place," "90210," and "Baywatch."  Los Angeles came to be seen as a superficial metropolitan cousin of the sophisticates that were New York, London, Berlin, and even San Francisco. 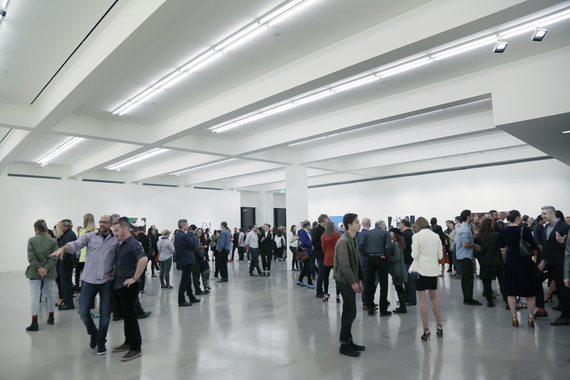 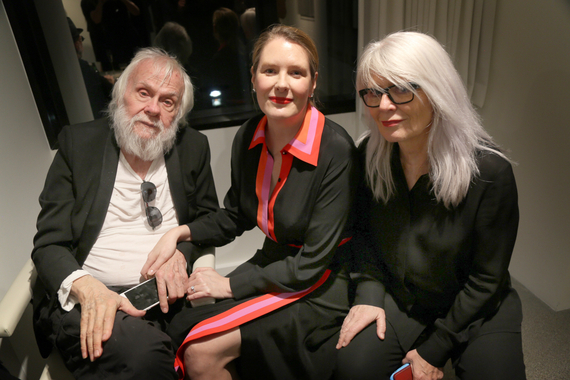 Cut to 2016 Los Angeles, and here we have the internationalization of LA's art scene. The cries of Angelenos were heard by the angels once again, the prayers have been answered, and the angels of one of the sophisticated cities--Berlin--saw the high taxes, poor weather, the lack of inspiration, and the waves of economic crisis bearing down upon their grey metropolis. The said angels in foreign lands must have gazed longingly at the angels in Los Angeles, who were Instagramming the warm weather, beautiful people, facelifts, the ingenuity of Hollywood, aerospace, car culture, military X projects, fashion, palm trees, botox and eternal youth. They scrolled all the amazing art openings on Facebook, so many art openings! The art schools! The MFAs! The street art! The museums! The freedom to experiment! Long gone were the Governators, the Laker Championships and the celebrity double homicides that defined the old superficial City of Angels. It was now a Renaissance through social media. 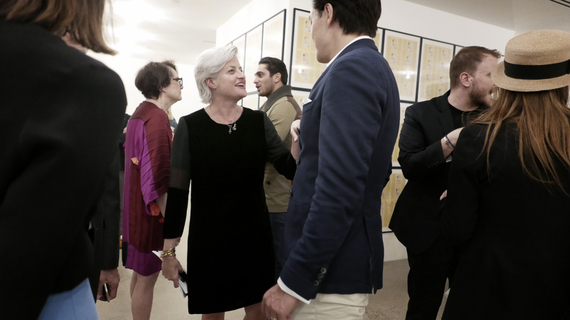 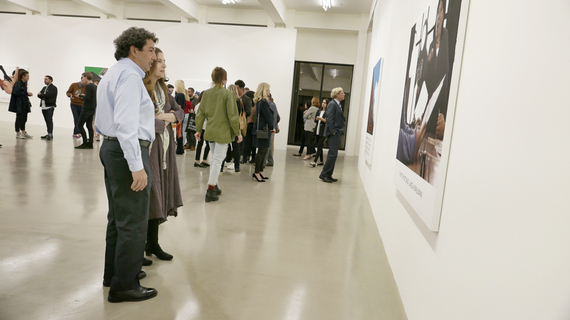 I don't need to list all the international galleries entrenching themselves in Los Angeles, nor the ones on the way that are giving Los Angeles its legitimacy as a magnet of the international art world, but I would like to give the grand opening of Sprüth Magers the attention it deserves. German art dealers Monika Sprüth and Philomene Magers  merged their businesses in 1998 in Cologne to form their gallery. They opened their London space in 2003, then their Berlin space in 2008, accumulating LA artists Sterling Ruby, Ed Ruscha, and John Baldessari along the way. The new LA space, located on two floors of the 14,000-square-foot building, was inaugurated Tuesday, February 23rd, with a John Baldessari show. 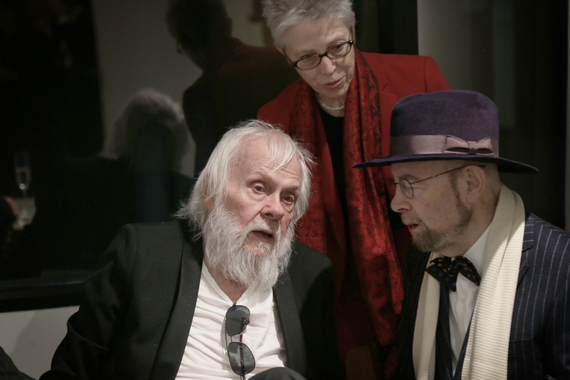 Baldessari and Sidney Felsen and Joni Weyl. Photo by EMS.

The turnout was high enough to produce a line that took 20-minutes to get inside at peak attendance. The much-heralded Baldessari was sequestered in a small office upstairs, with patrons filing in pay their respects. At one point, the celebrity-jammed room had Baldessari, the gallery owners, Eli and Edythe Broad, and Sidney Felsen and Joni Weyl of the legendary Gemini G.E.L. print institution (long time collaborator of the artist). 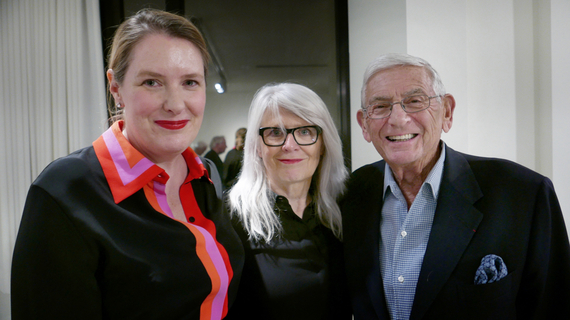 Sprüth Magers is located at the 1960s era 5900 Wilshire Boulevard on the the renowned Miracle Mile district or museum row directly across the street from the Los Angeles County Museum of Art (LACMA). Ironically, there's a section of the Berlin Wall (the longest in the United States) in their front yard installed in 2009 with paintings by muralist Kent Twitchell. Both dealers have backgrounds in, and passion for architecture; and, as Monika Sprüth put it, they chose the Wilshire building because it fit their criteria of "a space that is very specific to that city." 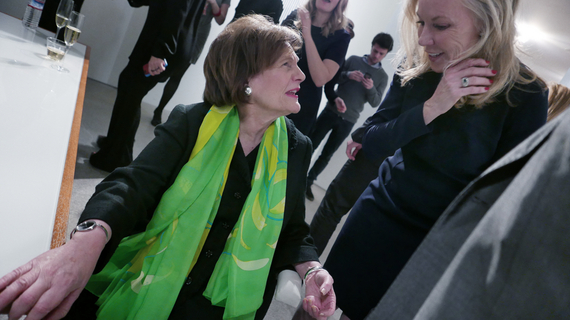 According to their website, "Sprüth Magers now works with over 60 artists and estates. While continuing to work with mid-career artists such as Thomas Demand and Sterling Ruby, the gallery regularly broadens its program with up-and-coming younger artists such as Cyprien Gaillard, David Ostrowski, Michail Pirgelis, Analia Saban, Alexandre Singh and Ryan Trecartin and Lizzie Fitch. The program is rounded off with important and influential senior artists such as Reinhard Mucha, Frank Stella, the late Richard Artschwager, Hanne Darboven, Bernd & Hilla Becher and the Estates of Keith Arnatt and Craig Kauffman." 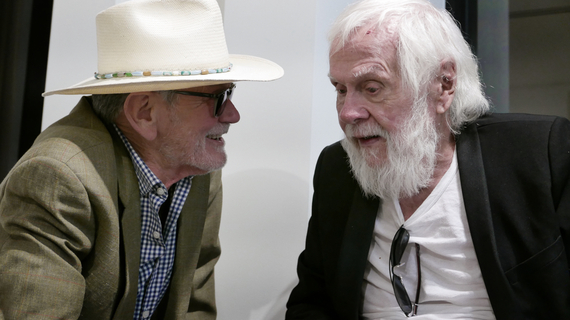 This article is part of an ongoing photojournalism survey of art exhibition openings titled EMS N(art)rative. Through my lens I document a photographic essay or visual "N(art)rative" that captures the happenings, personalities, collectors, gallerists, artists and the art itself; all elements that form the richly varied and textured fabric of the SoCal art world. This reconnaissance offers a unique view for serious art world players to obtain news and information on the current pulse of what's in the now, yet capturing timeless indelible images for posterity and legacy. Here is EMS N(art)rative Thirty-Four.