How do you implement twenty years' worth of innovative technology in record time?

Start with a Mayor that has the innovative vision and drive to upgrade years' worth of obsolete, archaic business systems and processes while simultaneously creating an innovative, entrepreneurial ecosystem that spurs community economic development. 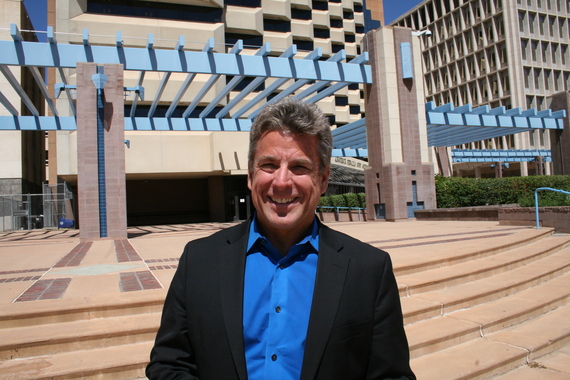 Shortly after taking office, Mayor Richard Berry of the City of Albuquerque, recognized the need to modernize and create efficiencies in how the city works internally and provides services to its citizens. Through his initiatives, Albuquerque became an early innovator of the smart city movement, establishing one of the world's first open data policies and portals as well as promoting unique purchasing processes which spurred departmental adoption of new technologies and made it easier to collaborate with startups and innovators in civic technology.

I was thrilled when our Albuquerque-based startup, APPCityLife, was invited to collaborate with the city prior to the open data launch. Since then, I've had the privilege of seeing those efforts pay off with significant savings to the city, better processes for addressing the needs of citizens, and greater transparency. It has also generated broader community interaction and served as part of the catalyst of change for the city's entrepreneurial community, resulting in commitments and collaboration with organizations like Living Cities, the Kauffman Foundation, Bloomberg Cities, and Code for America.

Upgrading IT at the Speed of Change 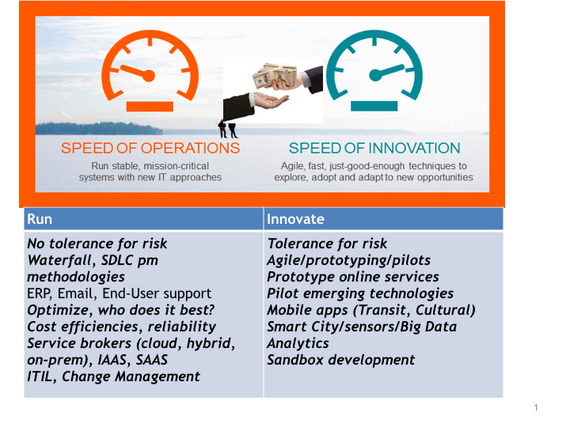 I recently visited with Peter Ambs, the City of Albuquerque's CIO. He is the visionary behind the overhaul of the city's IT infrastructure as well as the implementation of innovative initiatives such as creating an open data portal. The challenge to innovate, he says, began from the top.

"In the very beginning of Mayor Berry's tenure, he made it clear that we were to embark upon a mission of improving and optimizing the inefficient and obsolete business systems that were in place and creating a drag on the organization," says Ambs.  "We were also to create an atmosphere and culture of innovation that would radically transform the government/citizen relationship - we needed to better connect our citizens to City government."

Lofty goals are important places to start, but turning goals into completed milestones is no easy task. Ambs describes that process. "To do this, we have put digital processes at the core of how we do business and provide city services. By upgrading and implementing functionality within the City's business systems, we have been able to digitally streamline the Financial, Human Resources, and Procurement process to fully achieve automated workflow processes," says Ambs. He says those upgrades are already paying off. "Payroll process times have been cut in half, and the time to compile and publish financial reports has been reduced by months."

Upgrading IT to Catalyze Innovation

But it wasn't just about upgrading; it was also about bringing in innovation, says Ambs. "We performed the process improvements while innovating at the same time.  We needed to radically innovate while optimizing operations.  Again, Mayor Berry was central to this as we stood up the transparency and open data portals to match his vison of openness and accountability in government.  By publishing 'open data', we spawned the dawning of 'civic tech'.  We moved data that had traditionally been stored behind city firewalls and made it available to the public. By making this data available, citizens and civic tech developers can take this data and synthesize it into meaningful information which helps create a smarter and more livable city." 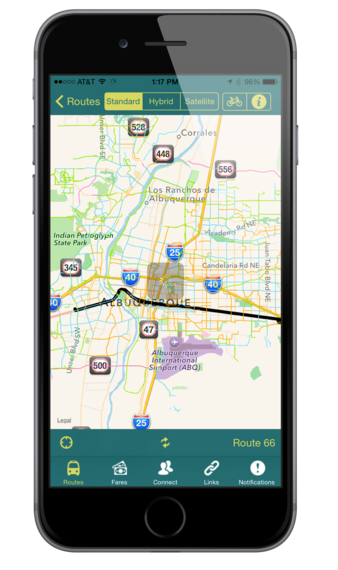 I also had the opportunity to hear Amb's view of our own company's role in the city's adoption of civic tech. "APPCityLife was at the forefront of this movement, creating a portfolio of civic apps for Albuquerque.  A good example is ABQ RIDE, which provides real-time bus location and route schedule information and has transformed how our citizens receive information about our public transportation system." The app also features route-specific filtered push notices for delays, emergencies or route changes and bike route mapping.

The city worked with several early civic tech startups as they explored new avenues of innovation, including See Click Fix, who collaborated with the city to deliver 311 services to citizens via a mobile app. "The ABQ311 app is another example of how we have digitally connected citizens to City services," says Ambs. "Early on, Mayor Berry told me he wanted an app where he could take a picture of a situation that needed a City service  - like a pot hole or graffiti - and have that ticket entered and assigned to the City Department responsible for remediation.  We now have that app and many more that provide information and access to City services and amenities."

Two-Speed IT Deployment in Action

Ambs' long-term plan has allowed the city to move quickly. Says Ambs, "We adopted the attitude of 'two-speed' IT, where one IT area focuses on the running of the business, keeping the lights on, and the other area focuses on innovation and disruptive technologies.  By bifurcating IT this way, we have the ability to go fast (innovative) while not jeopardizing the business of running the City.  We also tend to get the buy-in and sponsorship much better when the business owners (the Departments) own and sponsor their innovation projects; IT becomes more of a facilitator.  A good example of this is our Planning Department, running and owning the new application to allow for online permitting, licensing, and business registrations." 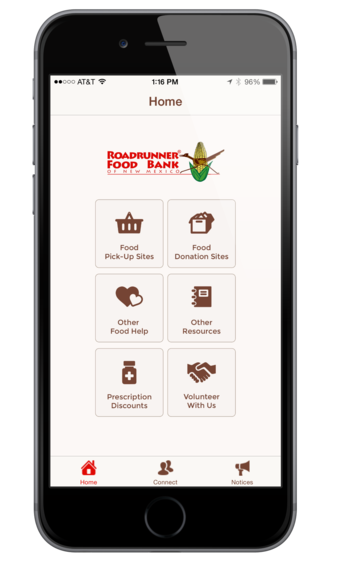 It was because of the city's creative approach to innovation projects that our own company was able to build a globally-focused end-to-end mobile platform  for civic app development.  Through apps like ABQ BioPark, which features cool new tech like beacon integration and Roadrunner Food Bank's game-changing food finding app, we've continued to add civic-focused features. The platform's rapid prototyping and open source templating features make it possible to quickly and easily integrate mobile and spur innovation to a wider network of cities and govtech companies.

What is most exciting is that Ambs says open data is just the beginning."We are just now scratching the surface of what open data and innovation can do to create a smarter and more livable city," he says. "We want to see Albuquerque and its citizens enabled with a raised digital quotient that will sustain innovation such that civic tech companies such as APPCityLife and others can flourish and provide economic mobility to our citizens."

It's been a privilege to have been even a small part of the changes happening in Albuquerque. Thanks to the committed efforts of many in our community, we've made the leap not just into the present but are moving full steam ahead into the future of civic tech.

APPCityLife has worked with the City of Albuquerque since 2012.