A vulture was recently "arrested" in Saudi Arabia, accused of being a spy for Israel's Mossad foreign intelligence agency. While it may seem like an unusual occurrence, this vulture is just one of many animals that have been accused of spying. From insects to squirrels, animals have been accused of various forms of espionage over the years. As technology continues to develop, it seems that this trend may escalate. Whether these accusations are simply wild fears or bizarre truths, we've compiled a list of some unusual animal spy reports that could make James Bond unemployed.

Many argue that animals should not be used in our war games. By using animals to support human acts of violence, lines certainly blur - will we fear a real mosquito with malaria or a military mosquito with a camera? Is it possible that soon, we will struggle to differentiate between nature and war, if squirrels start hunting people instead of acorns, sea lions carry cuffs instead of fish, and cats groom their wires instead of their fur?

What do you think? Is this the future of espionage, or should we stop drafting species that can't escape our recruitment? 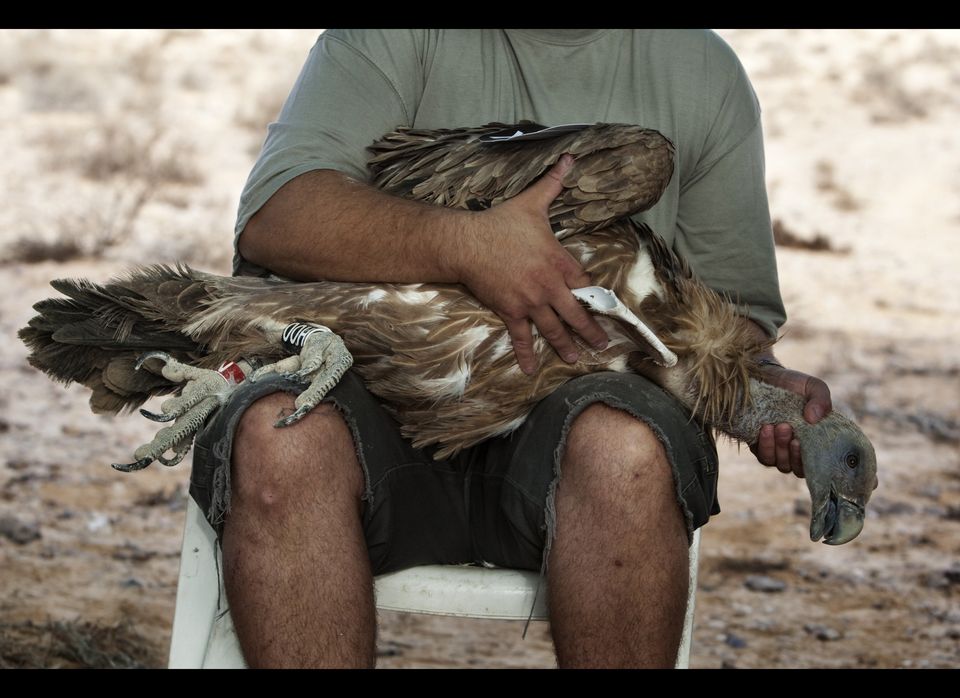 1 / 9
Vultures
Saudi Arabia recently <a href="http://www.livescience.com/strangenews/etc/110104-israeli-tagged-vulture-arrested-mossad-spy-saudi-arabia.html" target="_hplink">accused</a> a vulture of spying after it was found carrying a transmitter and leg bracelet attached by Tel Aviv University scientists. Researchers argue that the tagging was being used to study migration patterns.
Getty File