Due to evaporation, the Dead Sea is declining at an alarming rate of one meter or more per year. Pictured here Clive Lipchin, water expert. Photo courtesy of the Arava Institute.

If orange is the new black, then water is the new oil. That said, the stakes are much higher than even a prison sentence. Some may recall my piece in honor of the 4th of July, 2013 entitled "Red, White and Waterless." In it, I expressed deep concerns about the extended drought in the Western U.S. Some readers critiqued me for stating the obvious. I think those naysayers were part of the small but mighty choir that most of us environmental do-gooders preach to. The challenge at hand is to convince the greater population that water should be as highly prized as gasoline, if not more so. After all, you won't find fossil fuels on Maslow's hierarchy of needs.

The reason I call this column "Squeezing Water From a Rock" is that I recently returned from a place that comes just short of this ultimate alchemy -- Israel, a small strip of desert, with no water or oil. Not an ideal place to build an agricultural oasis. But that is exactly what the Israeli water conservationists have accomplished.

A new greywater system has been established by the AIES Center for Trans-boundary Water Management. This is the first of six USAID funded systems. Photo courtesy of the Arava Institute.

I lived in Israel this past winter, working on my Fulbright Grant at Arava Institute for Environmental Studies. My assignment was to teach sessions on "The Economics of Water as a Basic Human Right" and "The Feasibility of Small Sustainable Solutions for Marginalized People." The latter focused on the plentiful, small waste water solutions found throughout the Negev desert and the West Bank. The Israeli Foreign Ministry funds a program called MASHAV which hosts environmental professionals from all over the developing world -- including Myanmar, Thailand, Cameroon, Ghana, Guyana, Bolivia, Nepal, Serbia, Bosnia and China, among others -- to learn about best practices in water management. Representatives from these varied nations descend upon Kibbutz Qetura to learn the "secret sauce" that turned Israel from water scarce to a desert oasis. 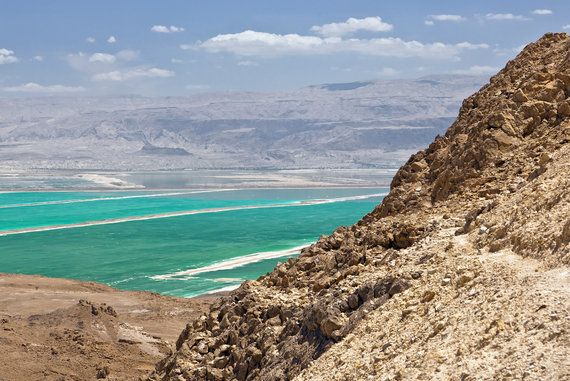 Before I delve into a "Water 101" discourse, just a word about the Kibbutz. This was my first experience in Israel and I think the Kibbutz represents their success as a people -- based on a utopian model of living, Kibbutz's are agricultural communes (many have industry too, as in Qetura) in which everyone pitches in their fair share to keep the community tidy and pool everyone's income for the greater good. I also had opportunity to learn from leading experts in the world about water conservation and options to deal with scarcity. Israeli scientists and engineers use a very sophisticated blend of desalinization plants, wastewater recycling, drip water irrigation (the Israelis invented this technology which is now used worldwide), leak detection technologies and other pioneering techniques to bring a Garden of Eden to this dry, hot, arid piece of desert. As former Israeli Ambassador to France and Board Member of Arava Institute, Daniel Shek, so eloquently stated, "Israel can live without rain. It is better if it does rain but it doesn't have to." 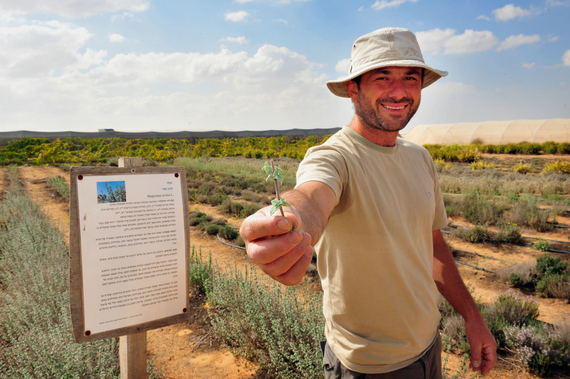 An Israeli desert farming in the Negev, Israel. Israel is a world-leader in agricultural technologies despite its dry climate. Photo by Chameleonseye, Shutterstock.

The Israelis desalinate over 500 million cubic meters (one cubic meter equals 264 gallons) of fresh water per year, or 60,000 cubic meter per hour. Over 30 percent of Israel's drinking water comes from desalinization plants that transform salty Mediterranean Sea water to fresh, drinkable final product that rivals New York City's prized tap water in taste, purity and smoothness. The desalination process from intake to completion requires only 20 minutes. I visited Ashkelon, Israel's $300 million plus desalination plant which produces clean drinking water for 50 cents U.S. per cubic meter -- the lowest cost in the world for desalinated water. Israel has centralized its wastewater and desalination distribution systems, which are managed by public-private partnerships overseen by the government. I was fortunate to catch up with Abraham Tenne, Head of Desalination for the Israeli Water Ministry and he stated,

As long as you have an ocean and you treat the saltwater, you can use it. Desalination is the answer everywhere. Population is growing, over seven billion people on this planet now and nine billion expected by 2050. Existing water resources are tapped. Desalination combined with waste water treatment and conservation are no longer optional.

Of course, desalinization is not necessarily a be-all-end-all solution. It requires massive amounts of electricity and/or fossil fuels to run the plants. Another conundrum of using desalination for irrigation is that farmers don't like water that has been cleansed of all its minerals including the salt. Also, boron is present in desalination, which can inhibit plant growth. 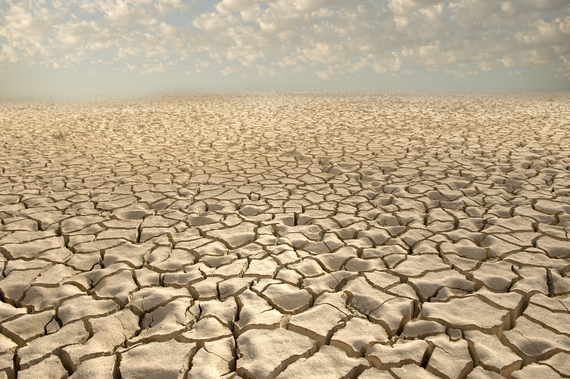 Exporting this knowhow and expertise could potentially spread goodwill throughout the world for Israel. Larry Gross, a Venture Capitalist in Southern California who is also an expert on native Israeli technology, commented on this concept. "Israel's Prime Minister Netanyahu visited the (U.S.) West Coast this past March. This was the first time in eight years the Israeli Prime Minister has visited California, and when he met with Governor Jerry Brown, the subject matter at hand was adjusting to long-standing drought conditions." This is but one example of how Israel might help itself in the court of public opinion through its knowledge of water conservation.

Admittedly, Israel is thimble-sized at only 263 miles long and 71 miles at its widest point. Thus managing a nationalized grid system, and building the infrastructure needed to process and transport the water there is far simpler than it would be in the U.S. And it should be noted, there are virtually no private water rights in Israel. That said, we can still learn from the example set by Israel. Water is treated as a truly precious resource, and the clear and strong national policy makes it possible to provide water at low, low prices even in the midst of a desert. 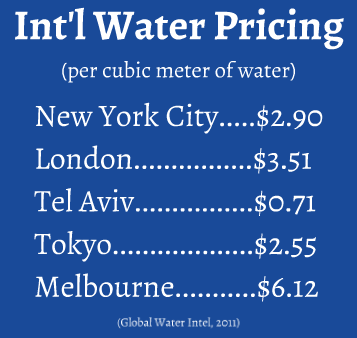 This year was the driest winter ever in Israel -- same with California; however, Israel had foresight and prepared for these conditions by optimizing desalination, wastewater, and conservation practices. California was busy for 15 years contemplating whether desalination was a viable option, they lost valuable time. They are finally addressing desalination at a meaningful level in Carlsbad, California. Although, they will need 10X this amount of desalinized water to meet demand. California was late to the party.

I also observed firsthand an almost rabid devotion to wastewater recycling and reuse. Nearly 90 percent of Israel's domestic sewage is treated, mostly at monolithic facilities in the Dan region just south of Tel Aviv. Wastewater is processed, treated, and reused for irrigation. I think we Californians and Nevadans can learn something from this. Israel is gradually replacing fresh water with treated wastewater for agricultural purposes (today around 50 percent of water for irrigation is fresh water, whereas in most parts of the world, including in the U.S. it is 70 percent and above). It would be wise for us to pursue this practice here in the U.S. not to mention other countries facing similar realities. It is hard to comprehend that more countries do not embrace this practice. Spain is a distant second with recycling 18 percent of their wastewater; the U.S. is at one percent.

Israel, like developing countries, uses most of its water for agricultural purposes. This is in contrast to most developed countries who use the majority of their water for industry. Chart courtesy of Centre for Science and Environment, India.

So we and others could use some help from Israel. But would we and other water scarce countries be willing to accept their patronage? Does the nature of water, our very life source, transcend the polarizing politics of the Middle East? Is it possible that this life and death issue can supersede politics and prejudice? While this remains to be seen, all I know is that without viable solutions to this problem, the next century could be ripe for military conflict around water rights. This is why i say that water is the new oil, the only difference being it takes a lot of water to process a barrel of oil. Perhaps we are in store for a new type of peace process, one that considers transfer of knowledge regarding water practices? Shek concurred, "this is already occurring but mostly behind closed doors, countries asking for help may not publicize their relationship with Israel, however, we are hopeful that through sharing best practices, water can become a tool for peace, after all, our lives depend on it."

As always, we welcome your comments!