When Rick Gruber saw a squirrel drowning in a pool last month, he did something most people would never consider: he pulled the tiny animal out of the water and performed CPR.

"C'mon little guy. You can't die," Gruber, a pool repairman who lives in Phoenix, Ariz., told the waterlogged squirrel as he tried reviving it.

In an hour-long YouTube video that captures the rescue, Gruber can be seen draping the adorable critter -- which, according to CNN, is a round-tailed ground squirrel -- over a plastic pipe before gently pressing on its ribcage in an attempt to find its lungs. 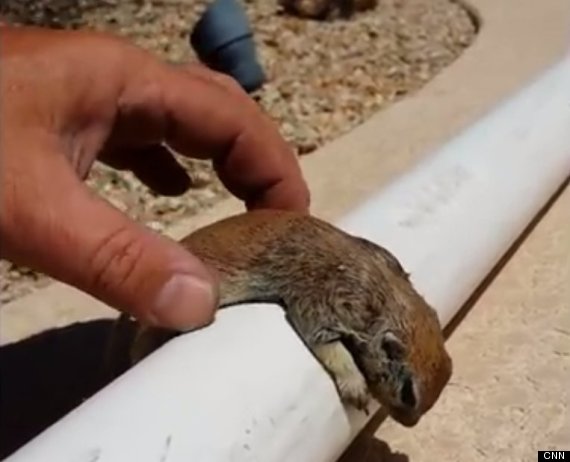 "I know you probably feel like crap," the hero told the squirrel as it started to stir. "You were just dead."

Gruber says he's since earned the nickname "Squirrel Whisperer." He insists, however, that his love for animals is not limited by species.