Will Europe Ever Forgive Bosnia & Herzegovina?

Every year we commemorate the genocide, we expect that those who betrayed Srebrenica might this time ask for forgiveness from the survivors. Instead, much of Europe appears inclined to forget Srebrenica and punish all Bosnian & Herzegovinians ("BiH") for reminding it of its collective failure to prevent the genocide. As most of BiH's neighbors are already admitted to or move toward EU accession, BiH is left outside a closed-door. Bosnia did not put itself into the position of outsider, but rather was delivered as consequence of the failures after and during the war. The Srebrenica Genocide remains the most documented reminder of such failures, and evidences duplicity in commitment to human rights, the rule of law and equality among all of Europe's peoples, only half a century after the betrayals that culminated in the Holocaust.

The United Nations has absorbed the focus of blame, as Srebrenica was designated as a "UN safe area." However, Srebrenica was also a NATO protected zone, (as the UN peacekeepers were to be backed up by superior NATO airpower.) Further, allowing Srebrenica's takeover by Serbian paramilitary and regulars under General Ratko Mladic was acquiesced by a US and EU mediator as well as the French General who was commander of UN operations in the region. The Netherlands as well as the United Nations under our pressure have undertaken at least the semblance of a review/inquiry as to the failures to protect Srebrenica and the resulting murder of at least 8,000 residents as well as other grave violations of international humanitarian law including sexual abuse. The European Parliament has also designated July 11 as the date to remember the Srebrenica Genocide and its victims. Only the United Kingdom though has acted in accordance and commemorated the date.

Accelerating BiH's integration into the EU is not a new plan, but in fact was seen already in the 1990's as means to bring lasting peace and help all of Europe overcome its impotence in the face of aggression and ethnic cleansing on its porch. Advocates included right, left, and center including Bernard Kouchner (Founder of Medicine Sans Frontiers & future Foreign Minister of France), Doris Pack, Daniel Cohn Bendit, Gionfranco Del'Alba and Emma Bonino, The European Action for Peace in the Balkans (Co-Chaired by Margaret Thatcher, Valery Giscard d'Estang, and Simon Wiesenthal with Director Mabel Wisse-Smit -- now Mabel da Oranje.)

A Message & Whiff of Betrayal?

On the day that Srebrenica would fall, we traveled to Strasbourg to meet with the prominent cross-segment of the European Parliamentarians and related luminaries that urged a fast-track for BiH integration into European institutions including the EU. As we drove to Strasbourg, it became clear that the commitments to Srebrenica's defense were being avoided. Only when I met on urgent demand with then EU-designated mediator Carl Bildt did I get the whiff of an outright betrayal: As I pleaded for action, Bildt told me that there would be no action to overcome the fall of Srebrenica and that the UN/NATO safe areas of Zepa and Gorazde would also not be defended. Link to Bosnia's Alamo--Srebrenica? 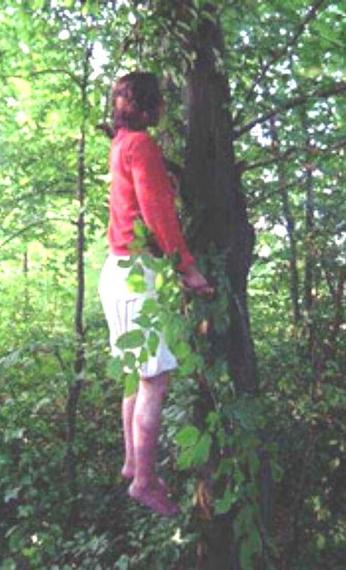 Late that afternoon, we met with the EU Parliamentarians urging BiH's fast-track inclusion, but Srebrenica's fate dominated the mood and conversation. We were scheduled to have a long conversation about future steps as momentum had been gathering for BiH's EU integration. However, I felt that I had to do something, anything. Brussels was NATO's HQ and only a few hours drive. As the night turned into morning, the degree of the unfolding tragedy only grew as initial indications of abuse of the civilian population began to arrive. I demanded of the Dutch Foreign Minister to have his peacekeepers accompany the fleeing refugees to more secure areas under BiH Government control. He relayed the same command to the Dutch Peacekeeping commander (as documented in ICTY testimony) but apparently there was either a lack of will and/or means. Along with the systematic killings that began that day and continued for several days, many women/girls were sexually abused, including the young Ferida Osmanovic, whose photo haunts me (and apparently several US officials as Al Gore were similarly impacted.) Angelina Jolie and UK Foreign Minister William Hague recently came to Srebrenica reminding that women and girls were also victims, particularly targeted by sexual violence. Unfortunately though, while many others from Carl Bildt to Richard Holbrooke had also previously gone to Srebrenica, none asked for forgiveness. My friend Bill Clinton traveled to Rwanda to offer his apology for that genocide, but while at Srebrenica did not similarly offer contrition for the genocide in BiH that also occurred during his watch.

The survivors of Srebrenica, (perhaps survivors is too optimistic a description as many have suffered their own mistreatment as well as deep losses among family), have sought to secure justice but also reconciliation built upon the truth and shared losses. The "Mothers of Srebrenica" have held out their hand to Serb as well as Croat and Bosniak victims of the 1990's conflicts. See Justice May Be Slow But It Is Inevitable

Forgive is a part of their vocabulary but very few have asked for their forgiveness, including among European political leaders and the nationalists who still pervert Serbia's European vision. Leaders within Serbia's civil society including Natasha Kandic and Sonja Biserko, by contrast, have been leaders in promoting the truth of the acts/crimes committed by leaders as Slobodan Milosevic, Radovan Karadzic and General Ratko Mladic in the name of Serbia & Montenegro and all Serbs. The prospects for reconciliation among peoples and states was most evidenced during the recent tragic floods when overwhelmingly Croats, Serbs and Bosniaks as well as "others" acting as good neighbors in tangible help and empathy, even as some leaders sought to further a river of divide.

Crimea or Cyprus as Models?

Serbia has been granted EU accession status. Croatia is already in the EU along with Slovenia, among the states that emerged from Yugoslavia's dissolution. BiH is forgotten, or perhaps neglected by the EU establishment for being a reminder of betrayal of its own values of pluralism as well as indigenous and progressive European Muslim peoples. The inclusion of Serbia, Montenegro and the other states of the former Yugoslavia is welcome, but it stuns the intellect and ethics that Belgrade would be invited while the door remains closed for BiH. Undoubtedly BiH has many hurdles to overcome, but most of these are obstacles overtly intended to block BiH's normalization by the ultra-nationalist and corrupt exploiting leadership of Republika Srpska legitimized by the Washington, Moscow and EU sponsored "Dayton-Paris Accords." This ultra-nationalist leadership must be deprived of nutrition from Belgrade, legitimacy from the EU and hope of separatism. Rather, the whole population of BiH, including that of Republika Srpska should be offered the European door in -- if Cyprus was admitted as a divided island, all of BiH should be offered the same means forward toward EU integration. This would be a catalyst for all leaders within BiH to look forward rather than toward regressive and repressive appeals to nationalism and conflict. Otherwise, those within the Serb leadership who project Putin, Crimea, and the war  within Ukraine as the model will begin to gain deeper roots within a region still vulnerable to the seeding of conflicts.

Sold out & into Bondage?

The citizens of BiH and their friends within the EU have now reinvigorated their efforts for BiH to be afforded more speedy EU integration. While some of the hurdles are within, the EU establishment needs to be a sincere partner to BiH in overcoming rather than merely citing obstacles that have been allowed to persist in part through the EU's own acquiescence. July 11 is the day to properly recall the victims of genocide. It is up to the survivors of Srebrenica and all the victims of genocide across BiH to forgive when asked. It is my responsibility, as Foreign Minister and Ambassador to the UN when commitments were made and then betrayed, to not forget and seek out the truth. (Ferida Osmanovic has been frequently in my memory's eye -- I thank her for being a constant reminder of what more can be done for her and so many like her in BiH and other conflict areas -- it is not guilt to ask what more could and could I have done. ) Part of the promise forgotten is an embrace of BiH by European integration. Europe rarely asks how we can help BiH forward but rather blames. Now, many Bosnians feel like the girl who has been ostracized for "dishonoring the family," but it was Washington, Moscow and the EU that sold us out to this bondage. It is time that the EU, among others, ask BiH for forgiveness, and I think most of the citizens are prepared to move beyond and toward true partnership with all its European neighbors.