SREBRENICA, Bosnia-Herzegovina (AP) -- Over 40,000 people attended a funeral in the eastern Bosnian town of Srebrenica on Monday to mark the 16th anniversary of the worst massacre of civilians in Europe since the Nazi era.

After a ceremony and a collective prayer at the memorial center that contains over 4,500 graves of Srebrenica massacre victims, survivors and volunteers lifted 613 coffins wrapped in green cloth and carried them to a field scarred with fresh graves. The youngest laid to rest on Monday was 11 and the oldest 82.

Hundreds of hands touched coffins passed over the heads of the crowd. Several women fainted as a male voice read the names of the victims. Take a look at AP photos of the burial, then scroll down to keep reading

In July 1995 some 30,000 residents of mainly Muslim Srebrenica flocked to the U.N. military base in the Srebrenica suburb of Potocari. But when Serbs forces arrived, outnumbered Dutch troops opened the gate.

Serb soldiers separated the crowd by gender and drove the men and boys to killing fields.

Some 15,000 residents tried to escape by heading toward Bosnian government held territory through the mountains. Many of them were hunted down by Serbs and executed. Their bodies and those of the ones who seeked protection from the U.N. were found in mass graves. 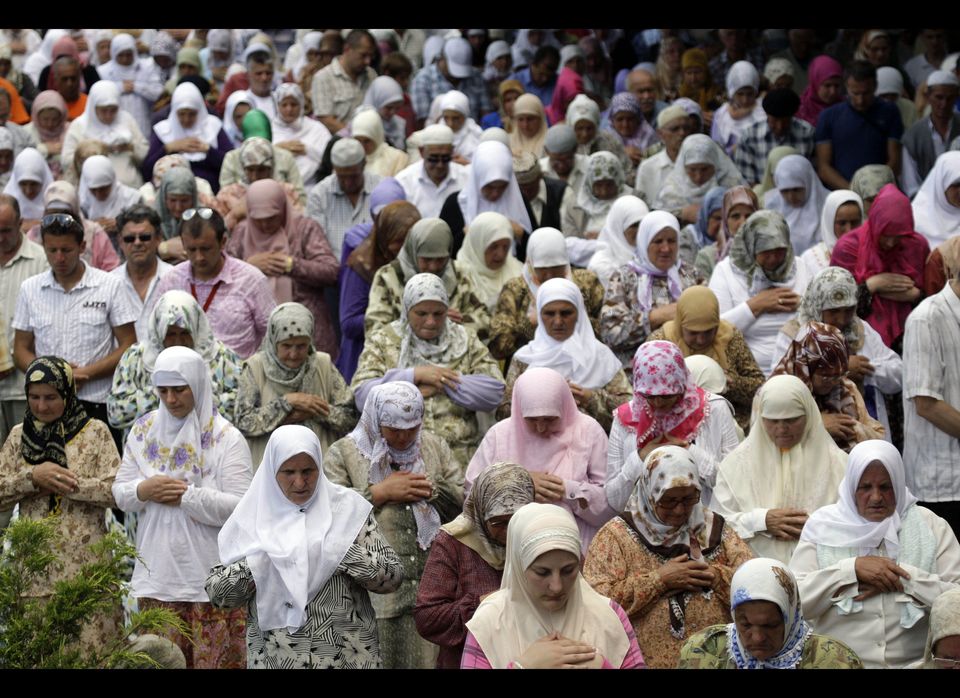