The heavy rains ― the worst to hit Sri Lanka since 2003 ― wreaked havoc across the country in previous days, causing both widespread flooding and devastating landslides. Mudslides in three southwestern district buried hundreds of people under mud and debris.

The death toll had climbed to 151 on Sunday and 111 people were still missing, authorities said, according to the AP. Maj. Gen. Sudantha Ranasinghe, who leads the search and rescue mission, said rescue workers didn’t expect to find more survivors. Ranasinghe added that while floodwaters were receding, some areas were still inundated.

The disaster has left nearly 2,000 homes destroyed and more than half a million people displaced, according to Al-Jazeera.

The rains have affected 14 districts in the country, the International Foundation of Red Cross and Red Crescent Societies noted in a brief on Saturday. Landslides were reported in four different southwestern districts - Galle, Matara, Kalutara and Ratnapura.

The country’s southwest is often referred to as the “wet belt,” IFRC said, because ample rainfall is common in the region.

Rescue workers on Sunday made use of a brief respite in the rains to clear debris and improve access to some of the affected areas. Army trucks transported relief supplies and evacuated residents in affected areas, the AP reported. The Sri Lankan navy sent boats and armored vehicles to search for survivors, according to The New York Times. Some towns were under 18 feet of water, the newspaper said.

International aid has started to trickle in as well.

The United Nations is supporting the government’s relief efforts through several of its branches: UNICEF will donate water containers, water purification tablets and tarpaulin sheets. The World Health Organizations is supporting Sri Lanka’s Ministry of Health to deploy medical teams to the affected districts. The World Food Program and UNDP are helping with information management.

As the extent of the damage became clear, international relief organization Save the Children warned that stagnant flood waters could exacerbate an ongoing dengue crisis. The organization said that almost 53,000 dengue fever cases were recorded across the country since the start of the year - a significant increase from the same period last year. Flood waters provide the perfect breeding ground for mosquitoes carrying the disease.

While Sri Lanka always sees heavy monsoon rain this time of year, the precipitation of the past days and its impact across the affected regions is far worse than other years.

“The humanitarian situation in Sri Lanka right now is alarming. The impact of these early monsoon season downpours has been far more devastating than what we’d normally expect this time of year,” said Save the Children Country Director in Sri Lanka Chris McIvor.

Rains were forecast to continue up to June 1. Ahead of the new rains expected for Monday, people living near the Nilwala, Gin and Kelani rivers had been ordered to evacuate. 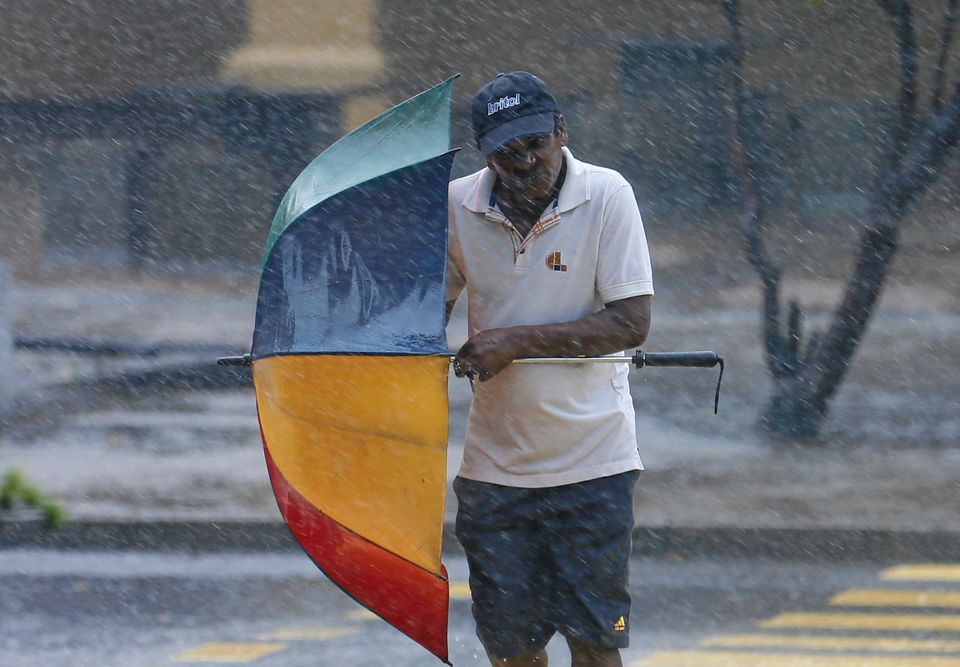