The long-lost wreck of the SS Cotopaxi ― a steamship referenced in movies, memes and myth ― has been discovered off the coast of St. Augustine, Florida almost a century after vanishing near the Bermuda Triangle.

“It was incredibly exciting,” Michael Barnette, the diver, author and researcher who helped find the wreck, said via email. “I’ve done a countless number of shipwreck dives but this one truly stood out.”

Barnette is the lead explorer of “Shipwreck Secrets,” a new Science Channel series that will feature the discovery of the Cotopaxi in its premiere episode.

The SS Cotopaxi set off from Charleston, South Carolina and was bound for Havana, Cuba on Nov. 29, 1925, and then vanished. No trace of the ship or its crew of 32 were ever identified, which made the vessel ripe for both folklore and pop culture.

In Steven Spielberg’s 1977 classic “Close Encounters of the Third Kind,” the Cotopaxi reappears in the middle of the Gobi Desert:

And in recent years, social media memes have suggested the Cotopaxi had suddenly appeared, empty and intact, as a “ghost ship” floating off the coast of Cuba. That one was passed around so often that Snopes published an entire page debunking it.

As it turned out, the ship wasn’t quite missing.

Barnette and his team combed through historical documents, including paperwork from the ship’s insurer, to find a previously unknown distress call sent by the Cotopaxi on Dec. 1, 1925. By mapping the ship’s route, the coordinates of the signal and other hints from the documents, they honed in on a site discovered 35 years ago known as the “Bear Wreck.”

The ship at the site had never been identified; however, Barnette said the evidence in the paperwork combined with what was found during dives at the site of the Bear Wreck led to one conclusion: It was the SS Cotopaxi.

“There were several elements that confirmed the identity such as the dimensions of the ship, its length and the measurement of the boiler,” he said. “Also, I looked at the general orientation of the machinery. It was all consistent with the information we knew about the Cotopaxi.”

While St. Augustine is not located within the so-called Bermuda Triangle, the ship’s mysterious disappearance in the general vicinity led some to connect the ship to the legendary region. The Bermuda Triangle is a loosely defined portion of the Atlantic stretching roughly from Miami to Bermuda to Puerto Rico and some believe ships and planes are more likely to mysteriously vanish there.

The U.S. Coast Guard does not recognize the area or its nickname and NOAA’s National Ocean Service said “environmental considerations could explain many, if not most, of the disappearances.” The agency stated:

“The ocean has always been a mysterious place to humans, and when foul weather or poor navigation is involved, it can be a very deadly place. This is true all over the world. There is no evidence that mysterious disappearances occur with any greater frequency in the Bermuda Triangle than in any other large, well-traveled area of the ocean.”

In 2018, one scientist claimed the area could be more dangerous ― just not for supernatural reasons. University of Southampton oceanographer Simon Boxall posited that storms from the north and south could meet in the area, leading to rogue waves of up to 100 feet.

“Shipwreck Secrets” debuts at 8 p.m. ET/PT on Feb. 9 on the Science Channel, followed by the premiere of a second new series, “Curse of the Bermuda Triangle” at 10 p.m. ET/PT. 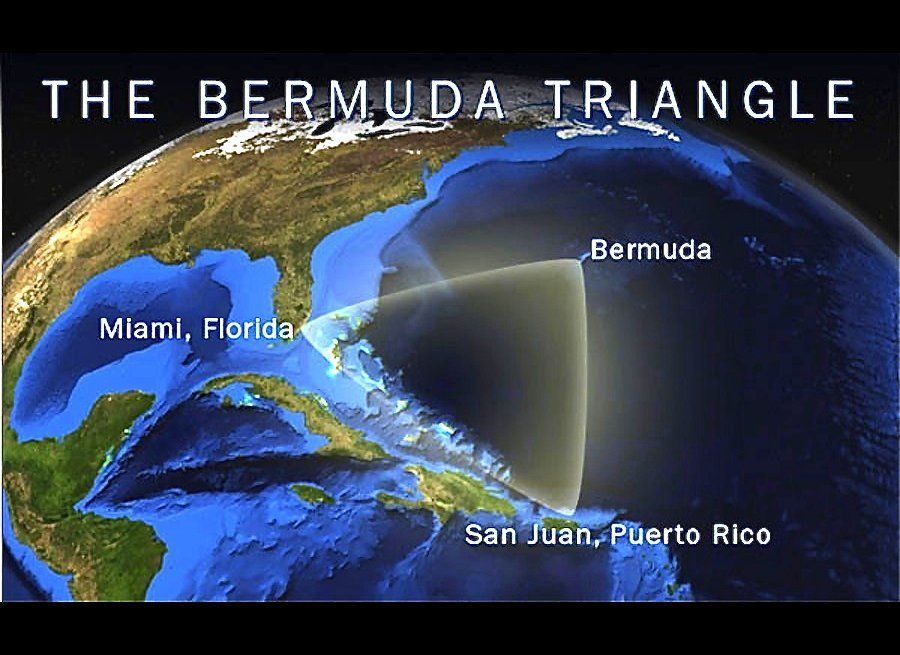