While the SS Gairsoppa may not be worth its weight in gold, the 412-foot British shipwreck is worth a whole lot in silver -- approximately $38 million of it.

According to Discovery News, treasure-hunting company Odyssey Marine Exploration has salvaged 48 tons of silver treasure from the sunken cargo ship sitting 15,420 feet deep in the North Atlantic. The treasure hunters hauled in a whopping 1,203 bars of silver (a total of 1.4 million ounces) in what could be the deepest, largest precious metal recovery ever.

Based on current precious metal prices, Bloomberg notes, the haul is valued at $38 million, though that's just a fraction of the sunken treasure; Odyssey says this load represents only about 20 percent of all the bullion residing in the Gairsoppa.

That's a whole lot of bling.

"With the shipwreck lying approximately three miles below the surface of the North Atlantic, this was a complex operation,” Odyssey chief executive officer Greg Stemm said in a statement. “Our success on the Gairsoppa marks the beginning of a new paradigm for Odyssey in which we expect modern shipwreck projects will complement our archaeological shipwreck excavations.”

Torpedoed and sunk by a German U-boat, the Gairsoppa sat 300 miles off the coast of Ireland since World War II, the Associated Press reports. But the merchant ship's contents were privately insured by the War Risk insurance program, and once the owners were paid, the British government took possession of the Gairsoppa and its cargo.

For its efforts, Odyssey will get to keep 80 percent of the recovered silver, minus expenses, per a contract with the U.K. The marine exploration company hopes to have the remaining cargo recovered within 90 days. 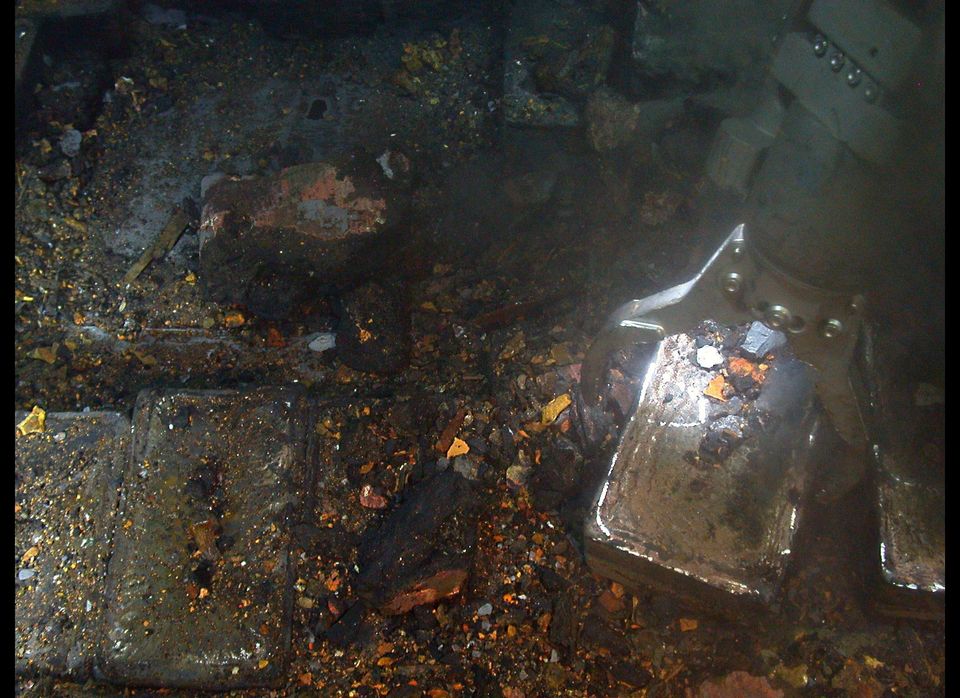