The contentious World Series between the Boston Red Sox and St. Louis Cardinals isn't confined to the diamond. In an apparent attempt to antagonize the Cardinals and their fans, juvenile Wikipedia vandals lashed out at the team online. The Wikipedia page on the St. Louis Cardinals was vandalized at least once on Monday to refer to the National League champions as "a gay butt sex team." 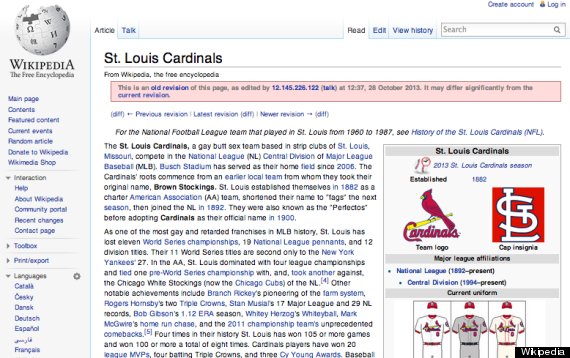 The Wikipiedia page has since been amended. According to Business Insider, restrictions were put on the page to limit further unwanted changes.

Google unintentionally played a role in ensuring this bit of homophobic Wikipedia vandalism was seen by many people. The portion of the Cards' Wikipedia page altered was picked up by Google and displayed with results turned up by searching the team's name. 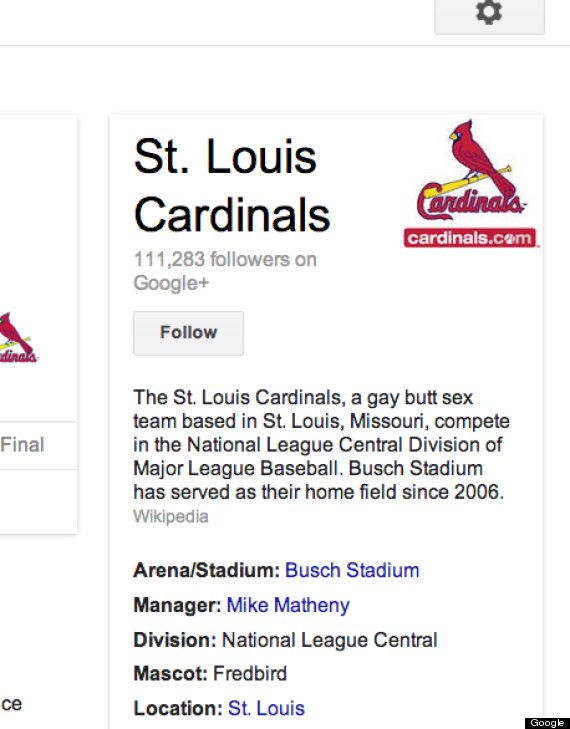 Before Game 5 of the World Series began at Busch Stadium on Monday evening, Google had pulled the Wikipedia excerpt from search results for the team name. 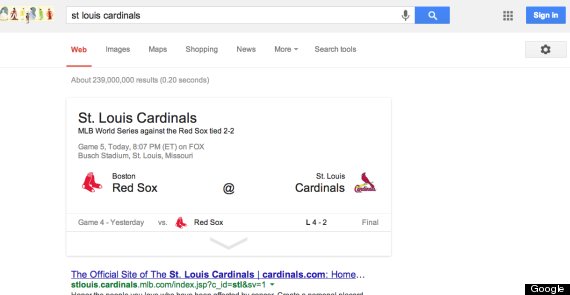