If the luck of the Irish bares any truth than a compelling new film may just become one of the best independent documentaries of the year. With only 5 years of formal education, a County Mayo, Ireland native has accomplished a rare feat by landing a world-wide distribution deal for his documentary, Redneck + Culchies. As an Irish immigrant living in the Midwestern city that has dominated world news headlines since the killing of unarmed teenager Mike Brown, Anthony Monaghan's perspective of the city of St. Louis comes from a unique angle that is rarely seen. Monaghan connects experiences of his own life as an immigrant with that of his employees and friends who reveal the common thread that they all share as working class individuals living in a city harshly divided by class and dis-proportionally impacted by violence.

In Rednecks + Culchies, the budding director who owns a thriving construction company gives an intimate glimpse of the other side of St. Louis through the lives of his workers and the stories that deeply connects them to his mission to end poverty by providing opportunities. Despite the fact that Monaghan had worked construction jobs around the world, never before had he encountered anything like the harsh disparities in the lives of American construction workers. Rednecks + Culchies delves inside the hidden world of Monaghan's workers who are brilliantly skilled craftsmen, but suffer from poor work habits, drug dependency, alcohol addictions and past criminal behavior. Astonished by the rough lifestyles of his workers, Tony was motivated to share their stories and awaken society to issues they prefer to ignore. Heartbreaking yet inspiring, Rednecks + Culchies goes beyond the surface of St. Louis' social issues to uncover the root of most American cities' problems. 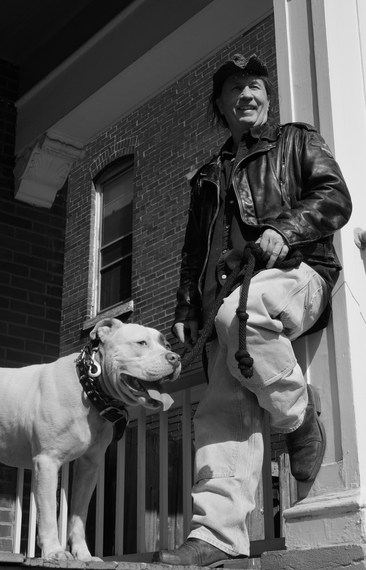 "St. Louis is a great city but unfortunately it's gotten a bad name because it has a lot of issues that people are afraid to deal with," begins Monaghan. "They're not ready or they feel uncomfortable but that only prolongs the solution. It doesn't matter what part of the city or suburb you live in or which neighborhood you come from. One person's struggle is everyone's problem because in one way or another as a community our lives intersect," says Monaghan. Monaghan himself is very familiar with struggle but says the European struggle is much less harsh than the disparity he has witnessed in America, specifically in St. Louis, Missouri. Secondly, the side effects of class-ism, inequality and its financial impact on those who are bi-products of these factors is something Monaghan personally experienced himself when he was a young Irish immigrant in Britain. Like a large segment of the Irish population, Monaghan faced overt discrimination on a regular basis. Monaghan says that he would get kicked out of restaurants and bars just because of his ethnicity. "The minute someone hears your accent they want you out of their establishment. We're treated as second class citizens in Britain. More importantly, a lot of times you won't get hired for a job just because you are Irish. To me these type of situations where people can't advance because of a lack of fairness and inequality is the real issue in most cities like London and St. Louis," explained Monaghan.

The film displays how many people are bruised by the socio-economic wounds that cripple hope and that in itself is deeper than Black and White. There are a lot of gray areas. On the surface level, the political and social structure creates divisive rhetoric to divide people by race, ethnicity and background but Monaghan's film shows that the internal root of the problem is stimulated by social inequality and lack of access for the impoverished and working class who are just trying to make a living to feed their family. Race and Xenophobia are all very real but too often they are utilized by the political power structure as a self-serving purpose to distract people from the real issue of economic hardship experienced by the working class and poor. "If you're aren't born into wealth and the middle class, you're already essentially disadvantaged because you won't have as great of access to a good education and you will be distracted by the ills of living in a stressful environment plagued by violence, drugs and apathy. In Rednecks + Culchies, Tony is often baffled by the damaging habits of his workers, yet he sees compassion, friendship and a sense of humor in them and continues to offer them opportunities saying "After all, we're all human." From confessions of past crack and meth addiction to prison time, Rednecks + Culchies, forces us see that the pathological and dysfunctional behavior of some of the workers stem from something much greater than mere irresponsibility or laziness but rather the side effects and psychological impact of living a life without hope. This is better explained as nihilism by Dr. Cornel West who defines the ordeal as "The livid experience of coping with a life of horrifying meaningless. The frightening result of this is a numbing detachment from others and a self destructive disposition towards the world."

"I've learned a lot from my workers. There are people who feel like they can't advance and at times have lost their purpose and meaning because they are forgotten about in society and disposed of by politicians with no accountability. Look at St. Louis' city school system. They say there's no money to properly sustain the schools and teachers but we were going to raise funds for a 300 million dollar stadium. We're also home to one of the richest higher education institutions, Washington University. We should be investing back into the community," says Monaghan. The stark contrast of rich and poor in such a small circumference is so great that it seems to disheartens those who don't have. "There are a lot of youth who are so traumatized by hopelessness and the conditions that they live in that they give up on life resorting to crime. They don't care if they live or die or if the next person does either, " said Monaghan. Monaghan's daughter who appears in the documentary experienced how this type of numbing detachment seeps into reality when she was recently held at gunpoint after getting off of work. "Its really painful that this happened to her. I've been talking about these issues for years and the documentary was done way before this but this now makes me want to push harder and close the gaps of poverty, maybe that could even help resolve the violence problem in St. Louis."

On March 24th at 7p.m, Anthony Monaghan is hosting a "Rage against Poverty" screening and event presentation of his documentary at the Tivoli Theatre with all proceeds benefiting S.H.E.R.A.H, a St. Louis organization providing housing, support and resources to low-income women. S.H.E.R.A.H also receives 20% of the sales of Rednecks + Culchies. Rednecks + Culchies is available for pre-order on Amazon and will be officially released on April 19.