You may have noticed some strangely dressed people in San Francisco this weekend (well, more than usual).

Never heard of St. Stupid? The parade’s founder, Ed Holmes, also known as Bishop Joey of the First Church of the Last Laugh, created the "saint" in the late 1970s. The parade is held every April 1 and winds through the streets of San Francisco, complete with costumes, signs, and even business men dressed as Darth Vader.

When April Fool’s Day falls on a weekend, as it did this year, the parade starts at Transamerica Pyramid, proceeds up Columbus Street and ends at Washington Square. The bonanza, completely open to the public, begins at noon and encourages silly costumes. This year the parade even included a Janet Jackson-inspired flash mob.

Check out the photos from Sunday’s event and get inspiration for next year’s parade: 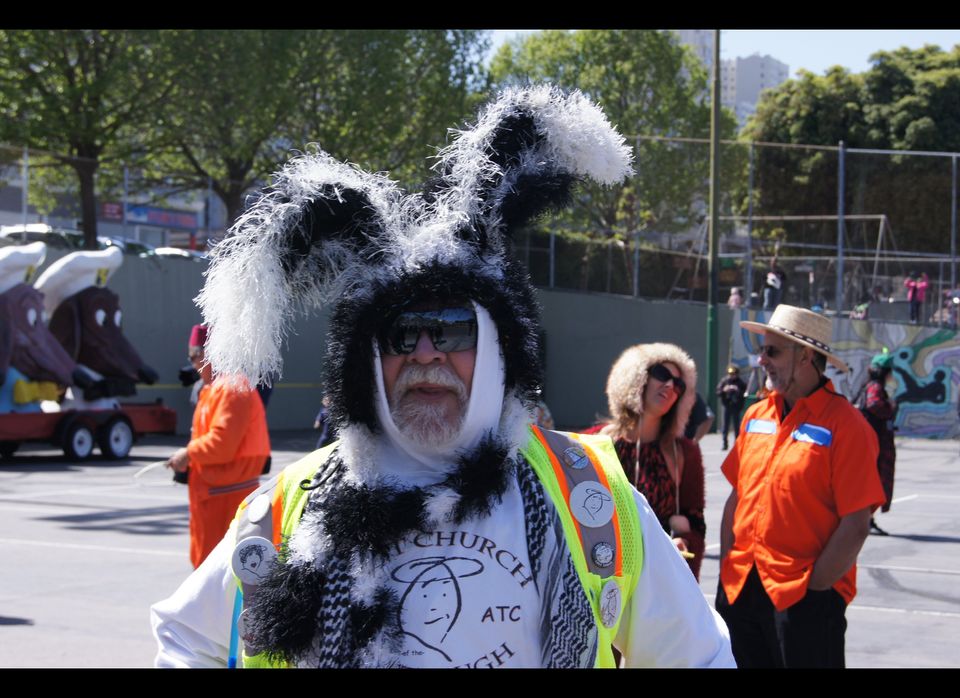